Check out another classic instance of Kanye being Kanye in this 2nd clip of Kanye meeting with Trump at the White House.

And last but not least, Kanye on Hillary Clinton:

“I love Hillary,” Kanye West says, but the campaign ‘I’m With Her’ didn’t make me feel like a guy that could play catch with his son," adding his ‘Make America Great Again’ hat made him “feel like Superman” #tictocnews pic.twitter.com/PKQFHLqAWp 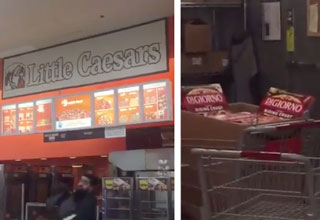