The Karen's have become self aware. Sorry, we mean K*ren's, a word the Internet has used for far to long in their never ending war against women. The name Karen has become synonymous online with entitled people 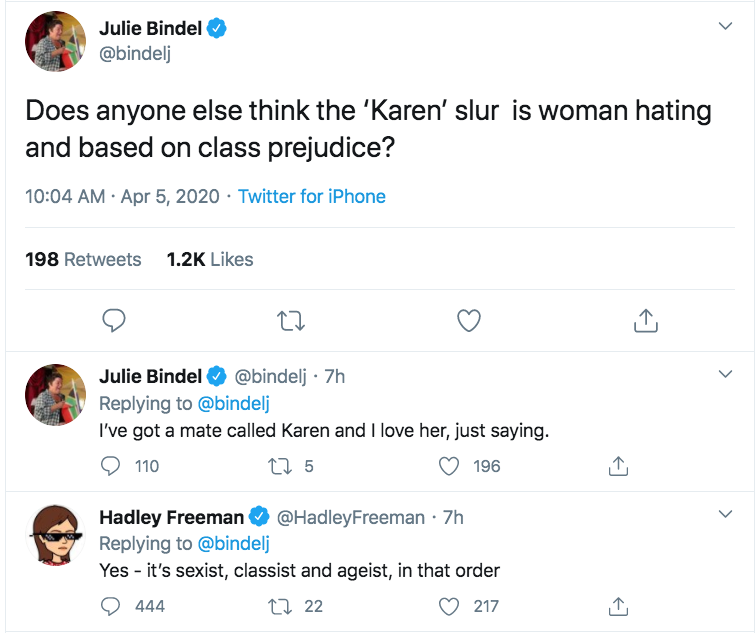 The name Karen has been a meme for a while now. Though the exact origins are a bit fuzzy, 'Mean Girls' is often referred as an early shaping of the name. According to KnowYourMeme, "Karen is a slang term used as an antagonistic female character in memes. "Karen" is generally characterized as an irritating, entitled woman" and draws inspiration from the  'Can I Speak to The Manager' meme.

But as it would be, the Karen's or should we say, their friends, are not having it. Nope, the usage of Karen as a joke has gone on too far and for too long and needs to stop.

Does anyone else think the ‘Karen’ slur is woman hating and based on class prejudice?

Okay this is epic. She really said 'slur', didn't she, like people aren't actually named Karen. Or is she saying only Karen's can call other Karens K*ren. No, it's probably something else.

I’ve got a mate called Karen and I love her, just saying.

Wait are we being trolled? This can't be real, these Karens can't be this on brand could they?

Yes - it’s sexist, classist and ageist, in that order

That "Karen" is even a concept is about policing women for having the audacity to exert whatever rights they have in a situation (typically for those narratives, as a consumer). The idea that she might be in the right is never considered. She's always a pushy broad to be mocked.

The irony here could not be more on the surface. These women getting mad about the Karen meme are showcasing the exact 'out-of-touch' behavior that the Karen meme embodies. She called it a 'slur' and then joke she 'knows Karens', as if that was serving her point?

Though not all feel for the attention grab, some made their memes and moved along, while others did the point thing and - played along.

What do you think a slur is

White people calling something a slur because it hurt their feelings, while simultaneously and systematically oppressing (knowing and unknowingly) people of color around them daily and weaponizing their privilege is peak Karen, Karen.

“Karen” was a term created *specifically by Black women* to talk about white women’s interpersonal + state violence against us and our communities: calling the police on us for getting coffee, threatening to have us fired, talking down to us at work (where we’re now “essential”). 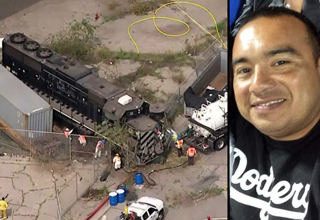