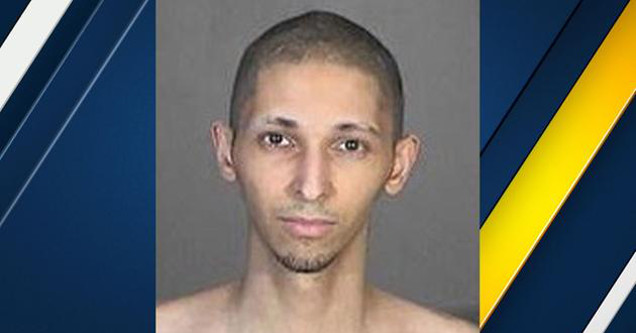 This week's death in Wichita, Kansas was the first time someone has been killed during a swatting. Triggered during an argument in Call of Duty, it's highlighted how dangerous swatting is, how far online trolling has gone, and how important it will be for police department to train for such scenarios going forward.

The good news is it didn't take long for a suspect to be apprehended. The Los Angeles Police Department has confirmed that it has taken custody of Tyler Barriss, a name some have heard before, and the handsome guy you see in the image above.

Tyler Barriss has been known to, and has even bragged about, swatting people for a small fee. This week he got into a heated argument with another Call of Duty player before threatening to kill him. Once the other player gave him his address—which was to a nearby home that wasn't his—, Tyler sent in a 911 call saying that there was a hostage situation in the home, prompting a high level police response.

One of the police officers shot and killed a resident of the home when he opened the door, resulting in widespread news coverage.

Tyler has been vocal on Twitter since the event, pleading that he doesn't deserve the negative attention he's getting, and instead pointing the finger at the cop who shot 28 year old Andrew Finch when police arrived at his front door two nights ago.

Here are just two of his posts:

So then how about I just get the death sentence???????

For not killing someone.

Honestly think about how stupid some of you are

Will me serving ANY time justify someone dying? k. Thank u.
I didnt do shit but if you really think I did then I shall just get death sentence IMO

Let's say I just kill myself RIGHT now for the purpose of this getting through your guys heads.

Will justice have been served? Will the family stop mourning? Or do you then just begin to hate the cop for killing him, which is what some Fb users r doing

Apparently this isn't Tyler's first rodeo. In 2015 he was convicted of a bomb threat at KABC-TV's headquarters that caused an evacuation, as you can read here in the report.

During the past 12 hours quite a lot of information has come out. including a full recording of the phone call he made to 911 that rallied Wichita's police department:

In addition, official body cam footage of the shooting can be seen on LiveLeak (NSFW).

KeemStar interviewed Tyler yesterday where he admitted to the swatting. You can watch that video below:

Since there is no equivalent case to draw a comparison, it's unclear how much time behind bars Tyler could face. Considering he has a long record of taking money bribes to swat people, along with his outspoken excitement about doing it again after being convicted two years ago, it might be a long time before he is able to play Call of Duty again.

More than 50 swattings were reported in 2017, many of which were caught on tape during Twitch streamers.  Below are some examples of how serious they can be:

If you find yourself in a swatting situation, it's recommended that you keep your hands up and make no sudden movements. Basically, pretend you're waiting for a beat to drop and listen to orders. 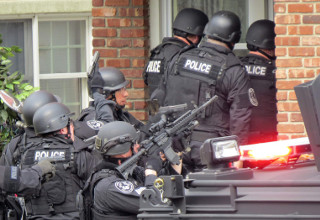