As more and more of Ukraine strains under the weight of a full-scale invasion and haunting videos of alleged war crimes and residential destruction emerge, whispers of a 21st-century war hero are spreading across the front lines of Ukraine's capital Kyiv and quickly becoming the stuff of legend.

'The Ghost of Kyiv' is what they're calling the rumored Ukrainian fighter pilot who has been credited with six (perhaps even seven) air-to-air kills with his MiG-29 Fighter Jet, an unprecedented feat. If true, it would make the Ghost of Kyiv the first confirmed 'Fighter Ace' of the 21st-century and one to go down in the history books.

The Ghost of Kyiv and their rumored existence began with the circulation of several clips showing what appeared to be a MiG-29 soaring over the skies of Kyiv and other urban battlegrounds in the country, garnering millions of views on social media in a matter of hours.

Rumors from the Ukraine frontline calling a fighter pilot the “Ghost of Kyiv” alleges he has downed 6 Russian jets already. THIS. HITS. HARD. #GhostOfKyiv #UkraineInvasion pic.twitter.com/mlghVIySVB

Air-to-air combat is extraordinarily difficult, with fighter pilots earning the 'Fighter Ace' monicker with five confirmed air-to-air kills across an entire career -- thus, the very notion of six or even seven in the span of 24-48 hours is almost inconceivable.

While Ukrainian authorities have not yet confirmed the existence of the legendary pilot, Valerii Zaluzhnyi, head of Ukraine's armed forces, confirmed in a Facebook post Friday that six Russian fighter jets and two combat helicopters had indeed been destroyed.

Many argue it is unlikely that the Ghost of Kyiv is a singular fighter pilot, with the idea of downing seven enemy aircraft across numerous locations in a single day considered almost unthinkable -- and the fact that a few of the clips have been confirmed to have originated from several years ago.

Nonetheless, the Ghost of Kyiv has captured the minds of many online, few more so than supporters of Ukraine who have rallied around the now-mythic figure for some much-needed morale in the shadow of Russia's immense military forces. 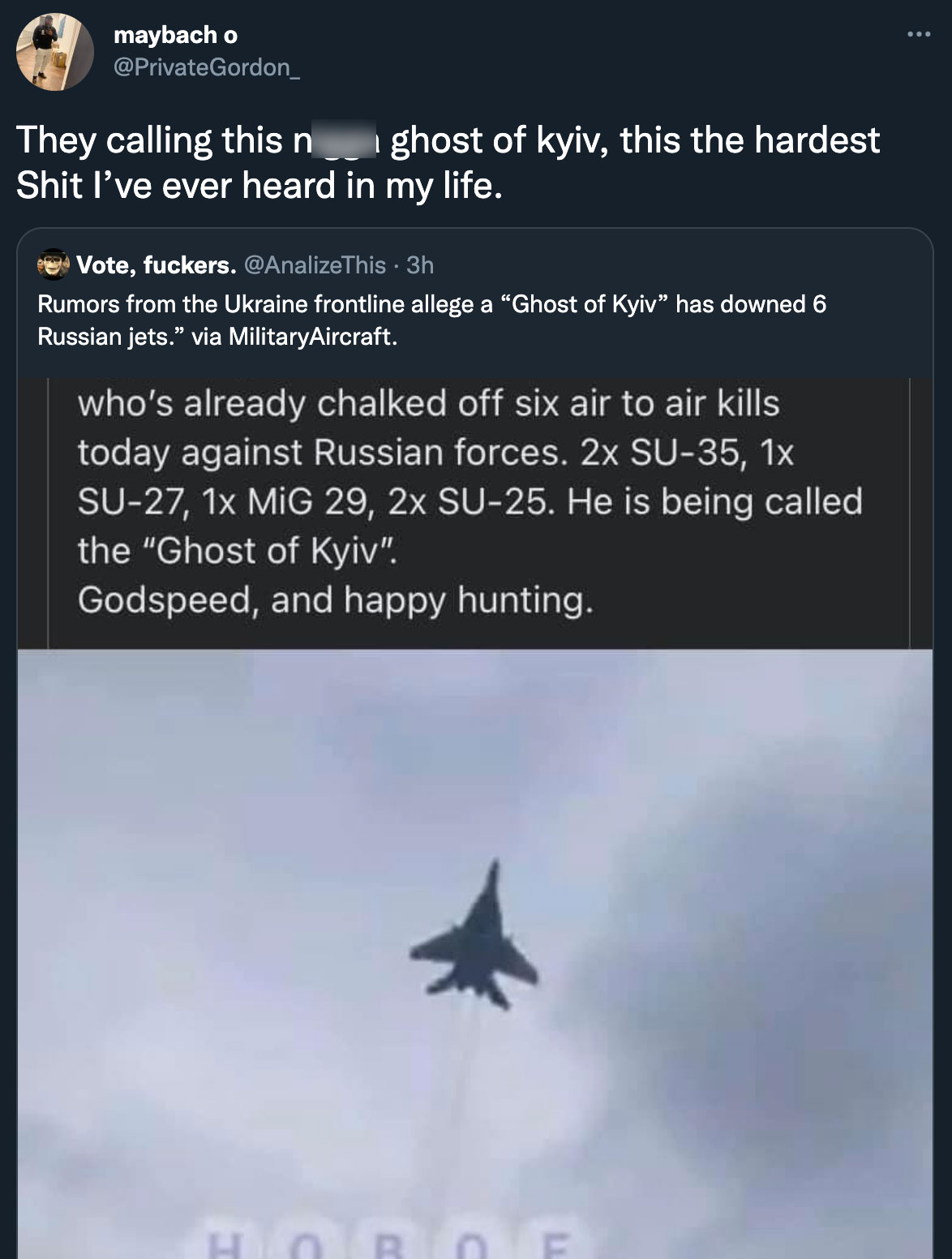 I hope the stories of "The Ghost of Kyiv" are true. You go. Keep going until you're dry on missiles and winchester on guns.

Give those bastards the god damn stick. pic.twitter.com/VxZZYRGrTK

Ghost of Kyiv is the coldest nickname I’ve ever heard

Russian Airforce pilots when they pick up the ghost of Kyiv on radar #ghostofkyiv #Ukraine pic.twitter.com/WO8JNRglGG

Ghost of Kyiv emerging as an early hero in the fight for Ukraine. pic.twitter.com/KzYSOYOI4o

The Ghost of Kyiv about to run it back. #Ukraine in 7. pic.twitter.com/1EX1e7jjoB

The Ghost of Kyiv: pic.twitter.com/YCTnStCtik

Whether you’re rail or fake, you’re still an inspiration to us all.

May your engines burn hot and your spirit never be crushed, Ghost of Kyiv. pic.twitter.com/5aOijHMMgL 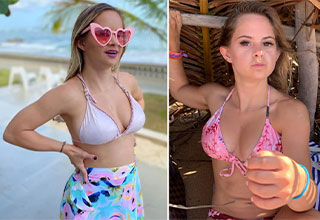