As a fan of the game 'Want to feel old?' or alternatively, 'Feel Old Yet?', where people on the internet frame past events in a way that make you reconsider how you look at time, I’m always looking for those things and I’ve got something that’s messing with me that I want to share with you.

I was born in 1982 and growing up The Beatles seemed like ancient history. Something that happened generations and generations before and a distant memory to anyone who lived through that era. They were long ago crystalized in musical history. Settled, archived, distant in their finality.

But as of this morning, that's all changed.

The Beatles broke up on April 10, 1970 when Paul McCartney did a radio interview where he declared that he was setting off on a solo path and saw no future collaborations between him and John Lennon. 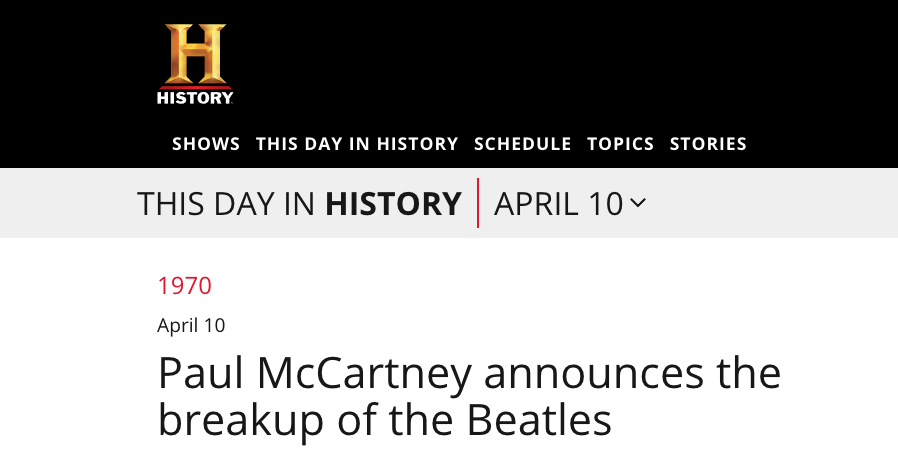 Kurt Cobain killed himself on April 5, 1994 at the age of 27 at his home in Seattle, Washington.

The amount of time between The Beatles breaking up and Kurt Cobain dying is 23 years, 11 months, 26 days.

Meaning, Kurt Cobain’s death is closer in time to when The Beatles broke up than it is to today.

If you also don't like this, hit me up on Twitter and tell me about it >>> @colbydroscher 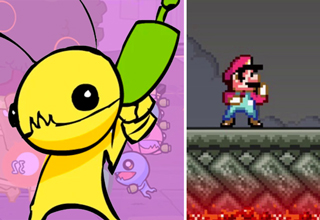 NEXT ARTICLE How to Play Old Games after Flash Player Dies on Dec. 31st, 2020