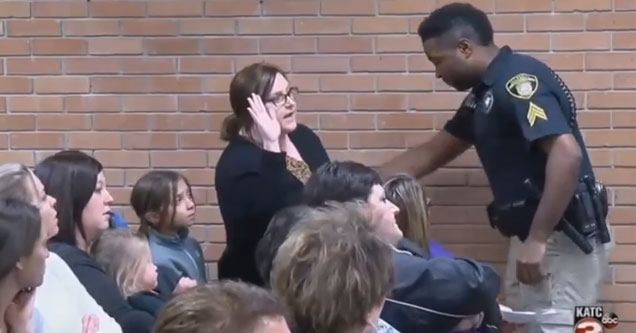 During a school board meeting on Monday, English language arts teacher Deyshia Hargrave was removed from the meeting after repeatedly asking why the unelected Superintendent was getting a $38,000 raise with his 3-year contract extension, while the teachers haven't seen a raise in years. In fact, as Reddit user RaginCajuns pointed out, the teachers actually took a pay cut in the last ten years because the school board claimed that there wasn't enough money to pay all the teachers, so in an act of solidarity, the teachers collectively decided to forgo one paycheck each so that everyone could keep their jobs.

What needs to be looked at is how teachers pay actually went down the last ten years in Vermilion Parish. Teachers used to get 13 checks a year, but the parish claimed they didn’t have money and would have to lay off teachers to make ends meet. The teachers agreed to forego their 13th check to make sure no one would get laid off. Well a year or so after that went into effect, the parish decided they needed to hire another assistant superintendent. So the teachers salary was cut to pay for another assistant superintendent. Also now since the pay scale has been reworked there is no pay increase if a teacher gets their master’s degree. Other local parishes do pay extra for higher educated teachers, but not Vermilion Parish. Now I don’t think people are so much mad that the superintendent was awarded a contract (to keep him employed). They are mad because he got a $38,000 raise and a parish vehicle. Not only that, but one of the board members recently passed away, and his position was filled by someone the board found, not a member that was elected by the people of the parish.

Another Reddit user named imlost19 pointed out that a 20% raise would bring the Superintendent's salary from $190,000 to $228,000.  The board's president said that Hargrave's questions were "out of order" and had a deputy sheriff present at the meeting remover her. For context, here's the pay scale for teachers at Vermilion Parish School District. The starting wage is 39k, which means that this unexplained and unjustified raise for the Superintendent could have been used to hire another teacher to combat the district's class size issue.

Here is the full video of the incident:

Many are outraged at not only the treatment of Hargrave by the deputy but also the treatment of the teachers in this Louisiana school district This definitely appears to be a case of corruption at its finest. 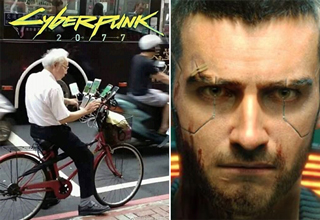