Only a few weeks after testifying with Jon Stewart before the House Judiciary Committee on June 11, 2019 in Washington, Luis Alvarez passed away.

The former New York City detective, who pleaded with Congress this month to extend health benefits to those who responded to the Sept. 11, 2001, terrorist attacks, died on Saturday. He was 53. Alvarez had been through 68 rounds of chemotherapy during his battle with cancer.

A heartfelt tweet from the Ray Pfiefer Foundation, (a charitable organization dedicated to assisting September 11th first responders, firefighters and police, with medical needs not covered by insurance) broke the news early Saturday, along with a Facebook post from Alvarez's family.

We lost another 9/11 first responder. Our thoughts are with the family and friends of NYPD Detective Luis Alvarez. pic.twitter.com/rnbhYuFNGJ

Luis Alvarez shared a final message during an interview from the hospice care center he was in on June 20th.

Alvarez was recognized five times for excellent police work beforing having to retire on disability in 2010. He later worked for the Department of Homeland Security in a less demanding job, retiring when his illness became too debilitating. He is survived by his mother, Aida; his father, Felipe; his wife, Alaine Parker Alvarez; his sons, David, Tyler and Benjamin; his sister, Aida Lugo; and his brothers, Fernando and Phil.

The video below shows an emotional Jon Stewart laying into congress over their hesitation to replenish the First Responder's Fund:

Jon Stewart testifies for September 11 Victim Compensation Fund: "Accountability doesn’t appear to be something that occurs in this chamber…I'm sorry if I sound angry and undiplomatic, but I am angry, and you should be too." pic.twitter.com/njxJzSmzSJ

Shortly after the passionate and fiery testimony to the Judiciary Committee, Stewart was given a gift for his help in the fight to get the funds 9/11 rescue workers so desperately need. Stewart was given a Fireman's Jacket signed by 9/11 First Responder's and is overcome with emotion. 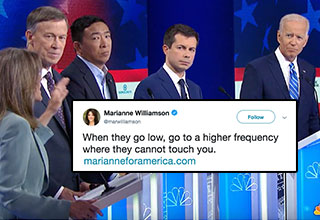