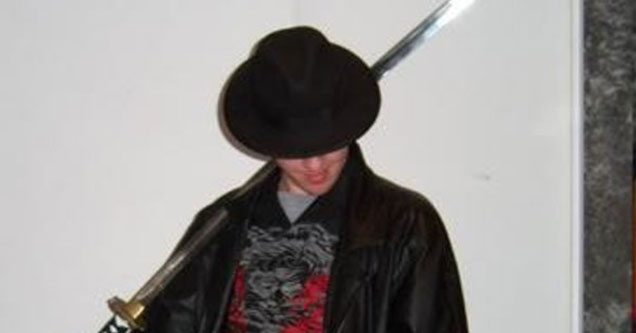 David Ostrom and ex-wife Bridgette Ostrom have been caught up in a messy custody battle as they work through the final steps of their divorce.

But now David has thrown caution to the wind and has requested a trial by combat to determine the fate of their futures. Ostrom wrote in a court filing that, “I now wish to give them the chance to meet me on the field of battle, where I will REND THEIR SOULS from their … bodies.”

He has asked the judge for a three month delay in order to "obtain Japanese samurai swords." Ostrom argued that, “to this day, trial by combat has never been explicitly banned or restricted as a right in these United States,” adding trial by combat had been used “as recently as 1818 in British Court.”

Arya kidding? Kansas Man asks judge for permission to battle his ex-wife and her lawyer in a trial by combat. He also asked for 12 weeks to procure samurai swords. https://t.co/CTpVca1wpq #odd

In addition, David Ostrom said his ex-wife could let her attorney stand in her place as her "champion" if she so desired.

The judge presiding over the case said “until the proper procedural steps to initiate a court proceeding are followed, this court will take no further action concerning any motion, objection or petition filed by either party at this time.”

Hey, it was worth a shot. 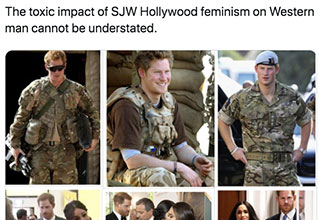 NEXT ARTICLE The Emasculation of Prince Harry in Six Pictures