Just a few days ago a goat named Billy went on a rampage leading to his arrest. If you’ve ever played the video game Goat Simulator, then this story probably feels familiar. If you haven’t, you’re missing out on some serious goat-themed antics.

Billy the Billy Goat escaped, from where we don’t know, but he took this precious opportunity to incite violence and make mischief. Billy’s victims include a damaged garage door and an electrical chord. His stint, during which he chased someone around a car and harassed multiple other Tonopah residents, lasted several hours before the Maricopa County Sheriff’s Office dispatched deputies to apprehend the bleating bastard. 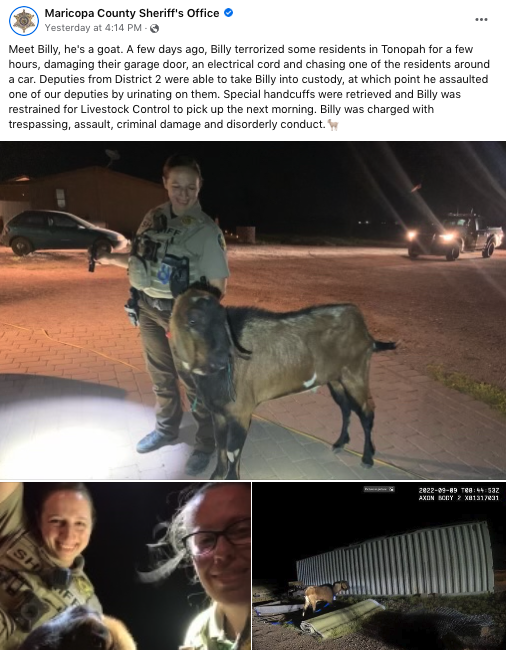 He was taken into custody using a special pair of handcuffs and charged with trespassing, assault, criminal damage, and disorderly conduct. As a final f**k you, he took a piss on the deputy who was restraining him. He was turned over to Livestock Control the next day. 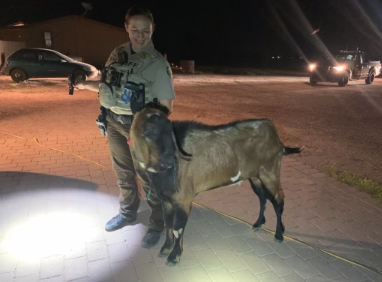 The Maricopa County Sheriff’s Department posted the whole thing on their Facebook and as you'd expect, most people were overwhelmingly opposed to Billy’s arrest. Free Billy! 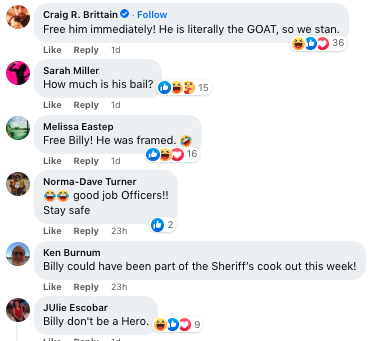 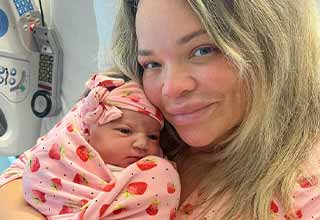