$900 Million. That's a lot of money coming their way as Trey Parker and Matt Stone have signed an extension which keeps 'South Park' on Comedy Central through season 30.

They made the first episode of South Park with construction paper and now they have signed a 900 million dollar deal... pic.twitter.com/qtT39SzN5R

According the 'South Park' website, the deal also includes 14 original movies to be streamed on Paramount+. Two of those films will be coming to the platform this year. Producing a special in the middle of a pandemic was no easy task, but the show has continued to thrive. In the end, the deal was a no-brainer.

With hits such as 'Team America: World Police', their broadway sensation 'The Book of Mormon', and obviously 'South Park', we've seen that this duo is capable of delivering time and time again.

And yeah, it's safe to say they can splurge for the extra guac at Chipotle. 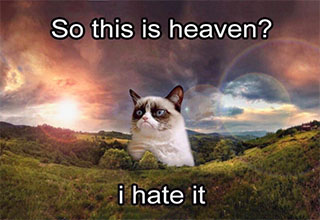 NEXT ARTICLE Meme Legend Grumpy Cat Has Died: Here are the Saddest Reactions and Memes