Black Panther: Wakanda Forever was released on November 11th and currently has an 84% rating on Rotten Tomatoes (95% audience score). The sequel features the return of familiar MCU characters but also introduces us to some new faces.

Fans of the comic books might recognize one of the antagonists, Namor (the sub-mariner). Namor is an underwater mutant and leader of an offshoot civilization of the Mayans. But that's not exactly what drew viewers to the character.

GIVE NAMOR HIS PENIS BACK pic.twitter.com/t5cdrtf0HC

It's very clear that the VFX teams did some extra work on making Namor's junk disappear. The photo on the left is from the original trailers, while the edited photo on the right is from the theatrical cut of the film. Needless to say, fans were not pleased with the erasure of Namor's member.

First they erased the buttholes in cats and I said nothing … https://t.co/xsoJQGqSS8

honestly its such an mcu move to not fix this issue with a dance belt or other proper undergarments and instead opt to making people laboriously edit something out https://t.co/GiuwRlv90Z

They put him in hoochie daddy shorts but didn’t expect his bulge to show? https://t.co/ejtIyPyzSw

The internet then began feeling bad for the editors involved in the de-bulging process.

The editor after the 11th time of going back and editing the frame where his bulge is still visible https://t.co/v6tbrOAxw3 pic.twitter.com/Nlqw5gu9tR

imagine having to be an editor removing his bulge frame by frame for hours on end LMFAOO https://t.co/vansTQwHPk

The overworked Marvel CGI artist on his 22 hour shift, missing his son's birthday to digitally remove Namor's dick from every shot https://t.co/8e6TuS4FUm pic.twitter.com/nCppP8ZNqz

But mainly, audiences just wanted that bulge back.

What is this, the puritan era?
For that they should make his bulge even bigger. https://t.co/2LdngB90qA

Straight men who run shit are so terrified of being reminded some guys are packing more than they are. I thought better of you, Feige (although this might have been more of a Disney decision, who knows) Release the Namor Bulge Cut! https://t.co/M9TfZBAGAj 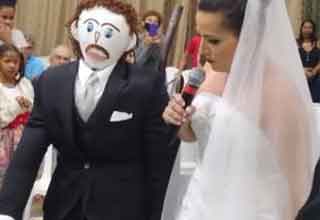