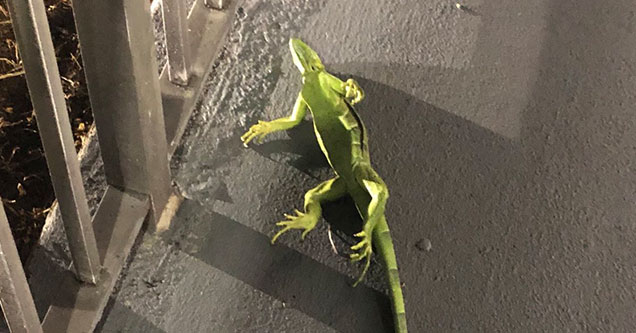 Most everything in Florida is warm blooded. The retirees, the babes and even the wildlife. So when temps reach below 50, the state has what the rest of the country calls, a slight chill, but for Florida this is a winter as winter gets. And for the Iguanas, well you could just say their having their winter hibernation.

As temps in Florida dropped yesterday to below 40 the National Weather Service warned the public about possible iguanas falling from trees. Yes, the green lizard dudes, funny looking, won't save you any money on car insurance, iguanas. 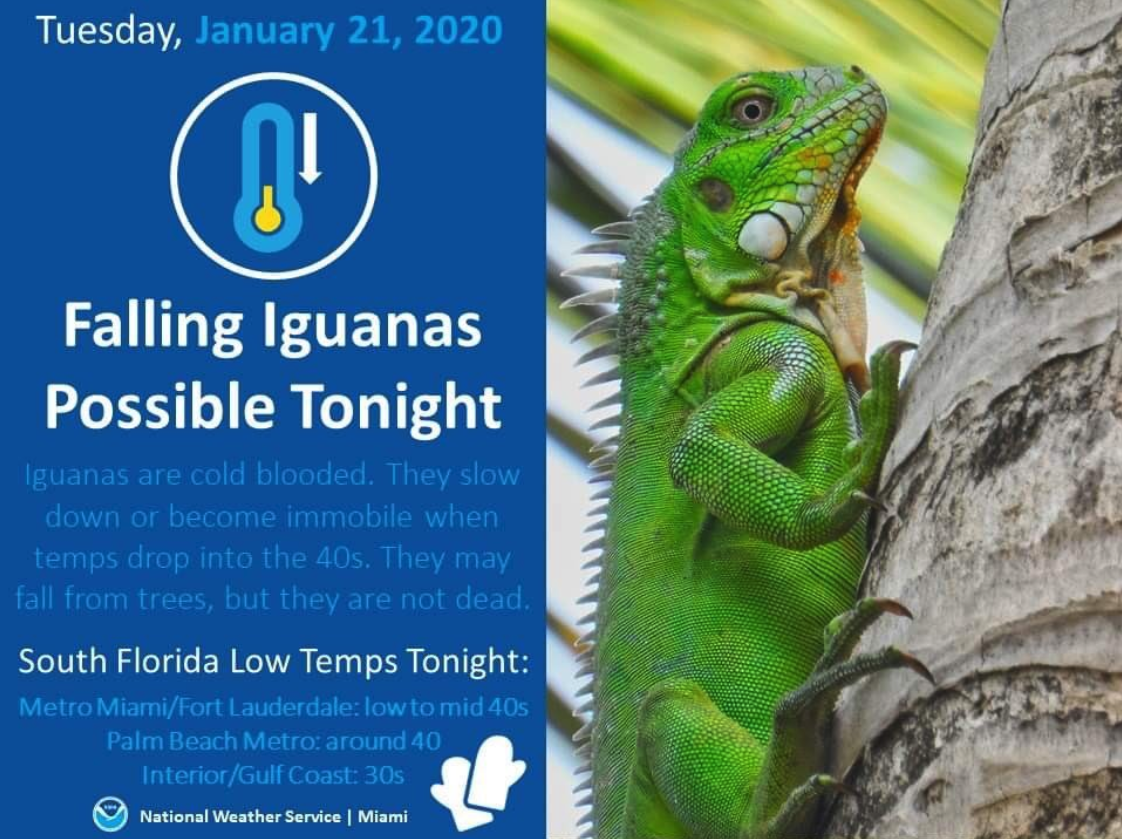 The cold doesn't exactly kill the iguanas, though it can it temps drop enough, but rather it stuns them and 'puts them to sleep' so to say. The iguanas will wake up later in the day when temps warm up again but they will wake up on the ground as they have all fallen out of their trees. 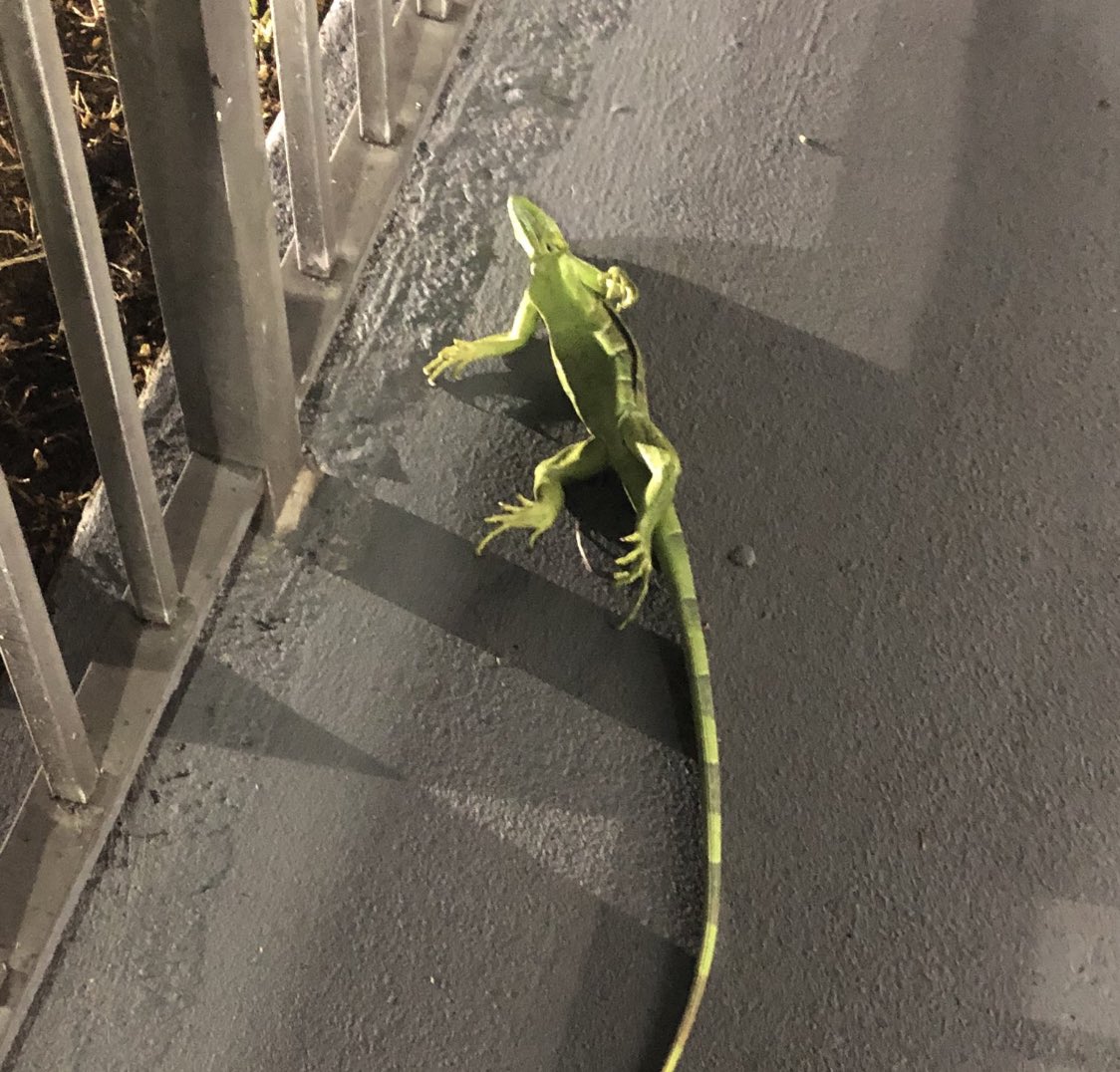 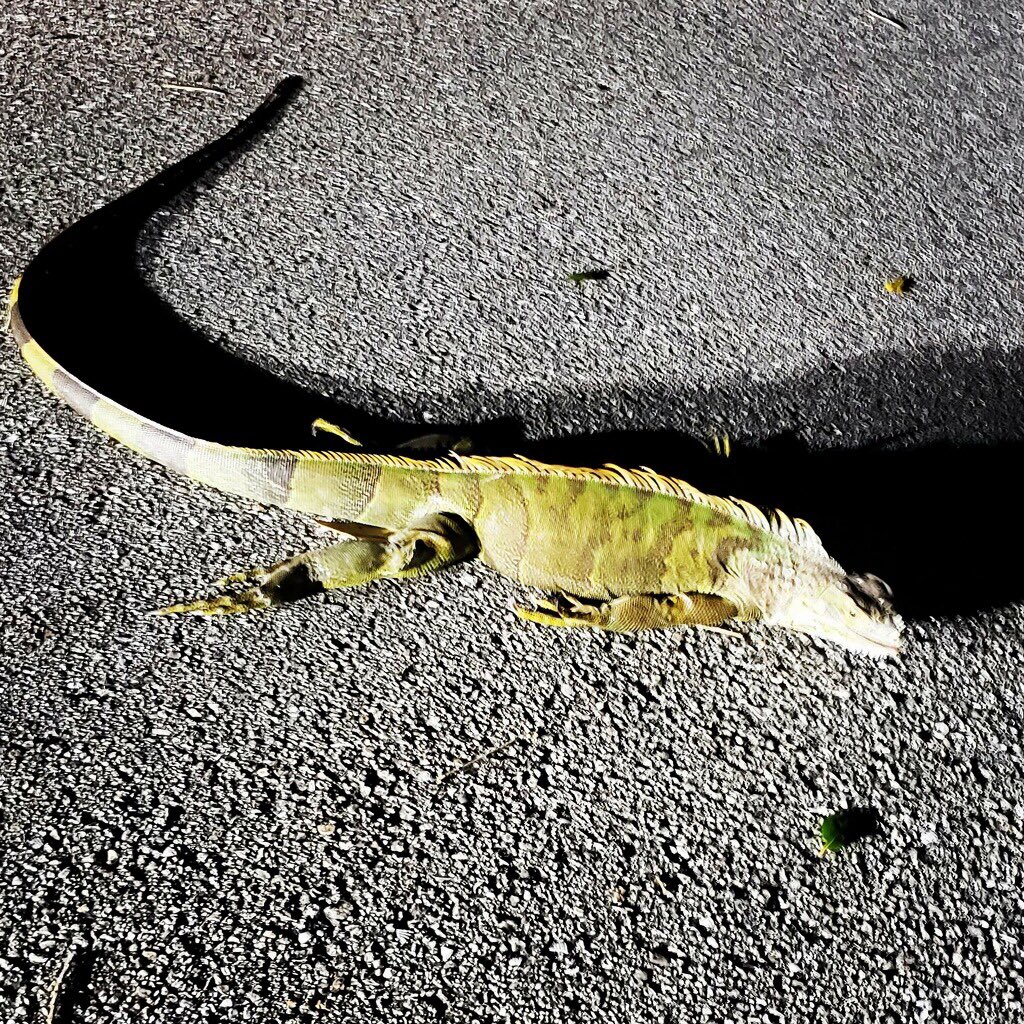 Don't worry, these iguanas are only stunned, not dead, but can you think of a more Florida thing than frozen lizards? Like that's the worse it gets, hey guys winter is coming, better watch out for frozen iguanas. And though much of the country jokes and kids about our deranged step-sibling of a state, many people in Florida are simply not ready for these cold spells, including our green little friends.

Northerners who roll their eyes when we complain about #FloridaWinter just don’t get it.

So in 2018, we spoke to experts about why the 40s feel so frigid to Floridians. It's science, haters.https://t.co/U8QjmZeMCl 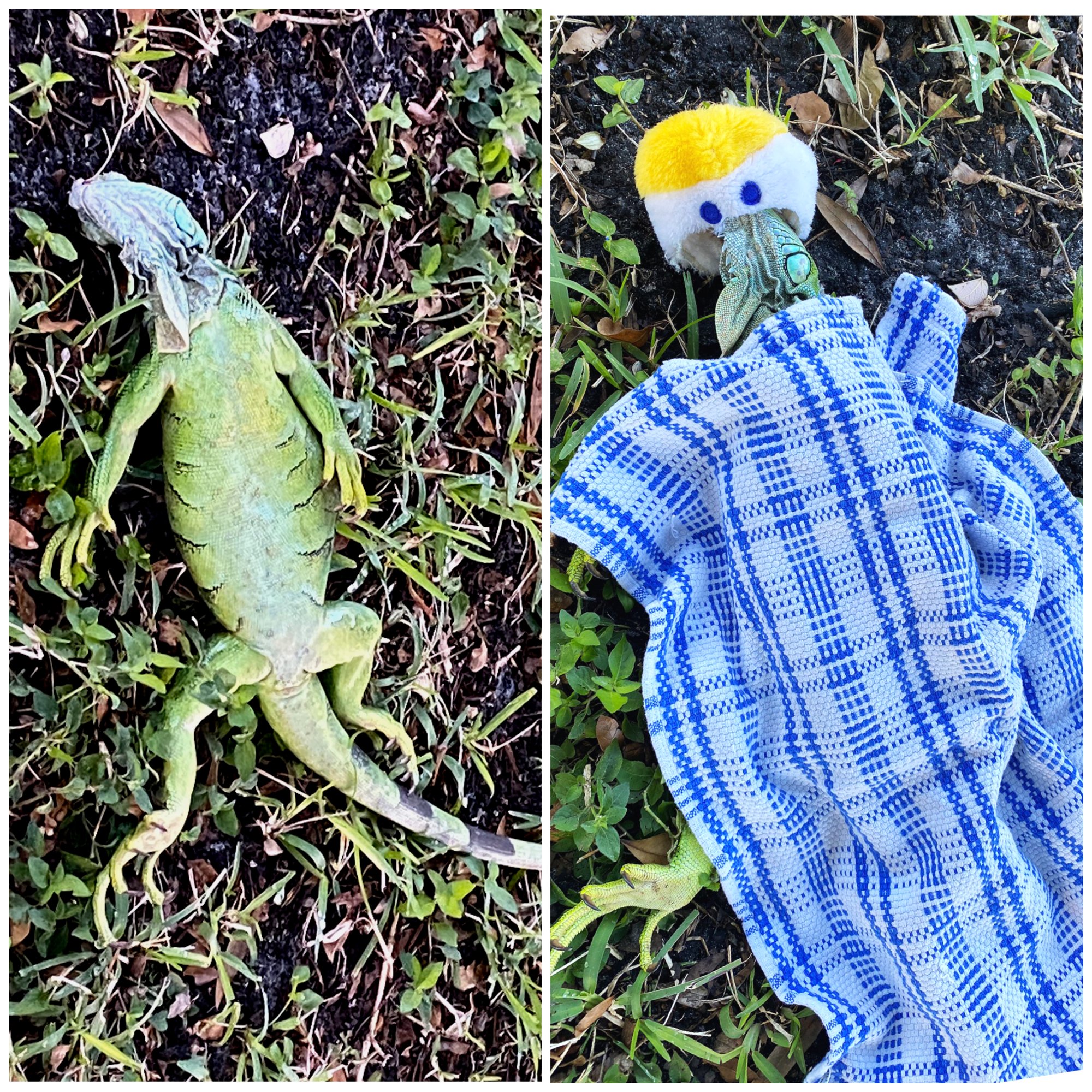 So if you see a cold stunned iguana or even a cold beach bum, give them a blanket and let them know that by noon the sun will be out again and temps will be back in the 50s.

Yesterday, there was news no one believed...iguanas falling out of the sky due to cold temperatures. Here is a video sent by my friends at Redline Iguana Removal. #iguanas #FloridaWinter pic.twitter.com/8FUy2bVvpR 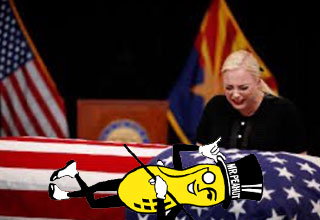 NEXT ARTICLE Mr. Peanut Is Dead, May God Bless His Soul