Neil Patrick Harris is your main character for the day, folks. In a now viral tweet from writer Ashley Reese, we're told that a 'cake' was once presented during an NPH Halloween party. The cake in fact was a meat platter that was made to represent the corpse of the late musician, Amy Winehouse. WTF?

If there's one thing the internet is great at, it's digging up old dirt. And this one is filthy.

We're all aware that Amy Winehouse had her own addiction issues. She had problems with anorexia and alcoholism. Unfortunately the latter is what would lead to her untimely death. On July 23, 2011 she passed away due to alcohol poisoning.

Fast-forward oh...3 months, and Neil Patrick Harris along with his (now) husband David Burtka thought it would be a good idea to poke fun at the late singer/songwriter with a "halloween-themed" platter. 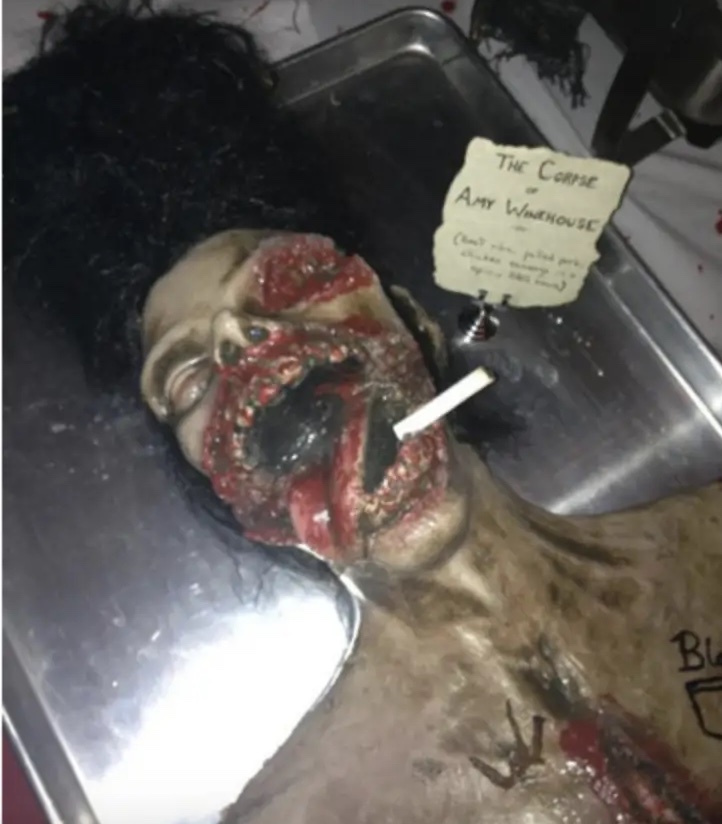 What. In. The. F*ck. I have a lot of questions, namely who thought this was funny? Winehouse has barely been in the ground for 90 days (after an incredibly tragic death) and somebody came up with this 'prank.' GTFO.

I'm also curious as to why it's so graphic. She wasn't mangled in a car crash you heathens. I don't know, man. This whole thing is weird AF.

It's wild that a picture of this even exists, but shoutout to actor Jesse Tyler Ferguson, and his husband Justin Mikita for snapping the photo 10 years ago. 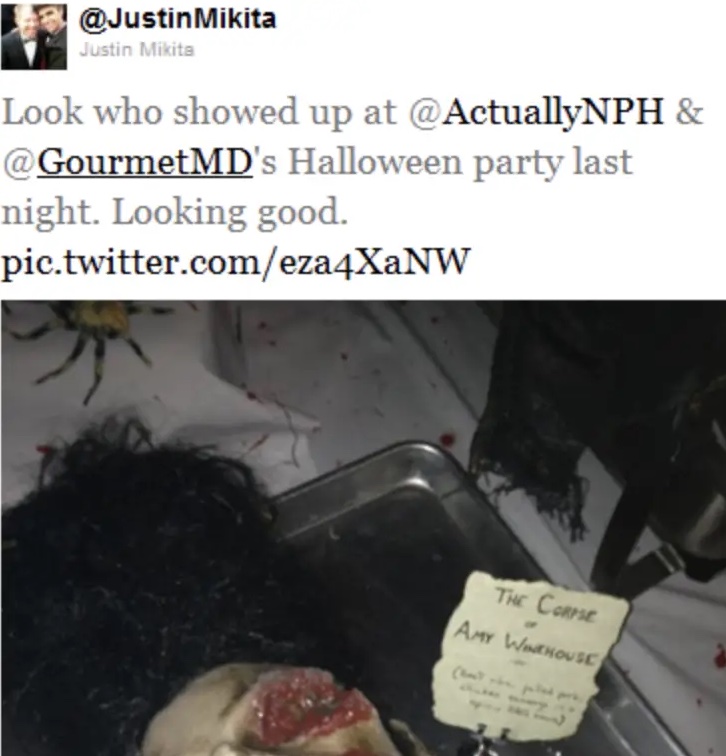 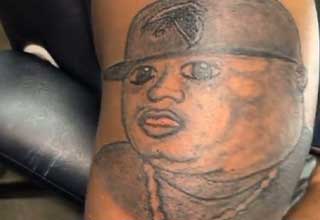