Nick Cannon has been fired from Viacom CBS, after a June 30th, episode of his YouTube podcast, Cannon's Class, featured him talking to Public Enemy rapper Professor Griff, about how Black people are the "true semitic people" and that "they've taken our birthright".

A clip from the podcast has since gone viral on Twitter, though the clip in question is not specifically why he was fired from Viacom.

According to the Forward, Viacom asked Cannon to apologize for the comments, but after he would neither apologies nor recognize his words for what they were, racist, his contract was terminated.

Nick Cannon says white people are "a little less," "closer to animals," "the true savages," "acting out of a deficiency so the only way they can act is evil." When does he get canceled? pic.twitter.com/vK3TBDW9i8

There is still some confusion online, mostly on Twitter as to what exactly Cannon said to get fired. The above clip, from the episode in question went viral last night, but left out the specific comments Viacom asked Cannon to apologize for making. Bellow is the clip with the comments that Viacom had a specific objection to.

There are many timestamps we could cut too, where Nick and Griff ramble on about the Rothschilds, Central Banking, the Illuminate, the Fake Dollar (Cannon's words) and a number of other Youtube a** leveled conspiracy theories.

If you start from the beginning, Griff even reads his personal phone number off, saying it's the best way to buy a book from him. Also, the video starts with a montage of Howard University, yet we're pretty sure the show is filmed in LA, Howard is located in D.C.

All this to say that there are many, many things wrong with this entire hour long video, which yes I watched in its entirety. But mostly, I'm perplexed.

The video in question, though surely enough for VIacom to fire Nick, was not something people would have seen on their own. For example, the video as of last night had only 297k total views on Youtube, while the clipped portion shared to Twitter, currently has over 5 million. As of this morning, the YouTube video had gained 60k views over night.

The viral clip is NOT why Cannon was fired, that's the video above.

Around the 50 minute mark the conversation turns stranger, with topics like, "spiritual warfare" and "sacred sciences". They talk about "blue bloods" or white people (lol).

For a brief moment that talk about rap and the change from Big's to Lil's, inferring that men today want to be weaker and smaller, than the past. Before getting into the emasculation of the Black man, insert famous comedians in dresses.

And then in another, even stranger turn of the tides, Griff starts talking about how Black people are, the true "first Free-Masons". Going on to say they are True Hebrews, the real Illuminated Ones (illuminati)  and the first to establish secret societies. (Okay?)

Nick Cannon's thesis is this, (as best we can tape it together is) white people, out of fear of genetic annihilation, enslaved and dominated the world to protect themselves from it. The Jewish people you think are Jewish aren't actually Jewish and a new world order with one world government might not be a bad thing after all.

Nick Cannon is demanding full ownership of Wild ‘N Out and says that @ViacomCBS is using this moment tto “make an example out of a Black man” @NickCannon pic.twitter.com/uCu1dlEKRw

Nick Cannon on leaving Viacom: "I am disappointed that Viacom does not understand or respect the power of the black community.”
https://t.co/7Bg9fiT8wG

@ViacomCBS you got till the end of the week to give @NickCannon an apology or else we making a trip down there pic.twitter.com/tiR5SHyoYQ 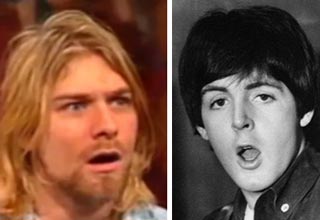