In a world where a vaccine could return us to normal life in a very short period of time compared to vaccine-less alternatives, it's scary to see some of the most successful people speaking out against vaccines.

“Personally I am opposed to vaccination and I wouldn’t want to be forced by someone to take a vaccine in order to be able to travel,” the world No 1 said in a live Facebook chat with several fellow Serbian athletes on Sunday. “But if it becomes compulsory, what will happen? I will have to make a decision. (Guardian).

Yes, Novak. You would have to take a vaccine to go back to playing professional tennis I don't know why it's so hard for you to understand. There are some crazy anti-vaxxers on Facebook who are probably seeing this news and have a new sense of confidence in their beliefs. A very irresponsible statement to make from such a respected athlete up until now.

This fan seems to get it.

Novak Djokovic proving once and again why he will never be as loved as Rafa and Fed (and even Murray). He keeps opening his mouth and talking shite. https://t.co/LoTf0nqFZJ 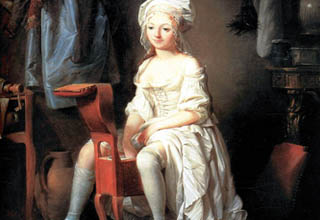 NEXT ARTICLE Why the Bidet Never Caught on in America