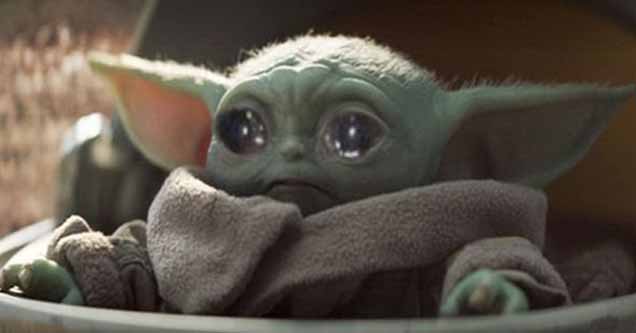 So, unless you've been living under a rock for the last month, you're almost undoubtedly aware of how Disney+ has a massive success on their hands with 'The Mandalorian' - specifically, thanks to the hugely viral sensation that is the absolutely adorable Baby Yoda. The cute lil' green dude is melting hearts and inspiring countless memes, so you know people were waiting anxiously to get their hands on some official Baby Yoda merch.

But, to borrow a quote from 'Avengers' (another Disney property), "reality is often disappointing." The Disney shop launched its official Baby Yoda merchandise line on November 25th, and it might be the biggest Star Wars disappointment since Jar-Jar Binks. See for yourself: 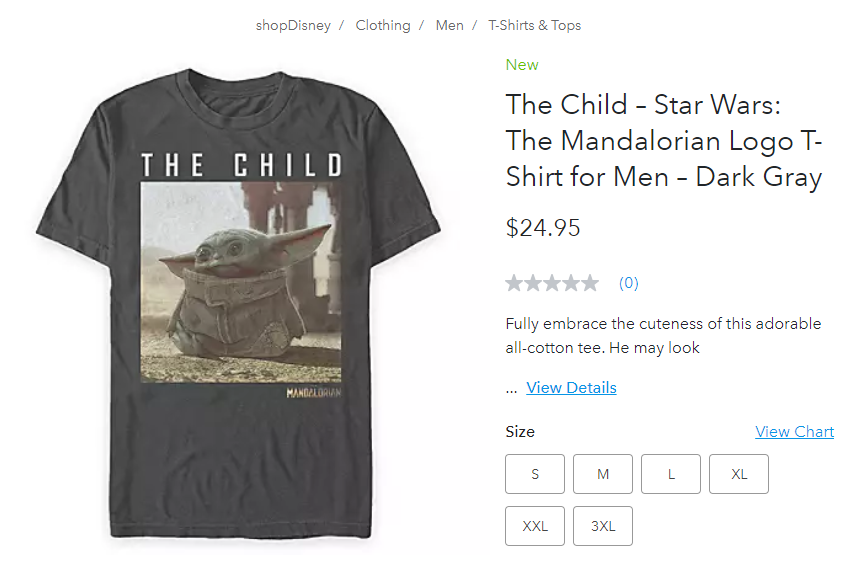 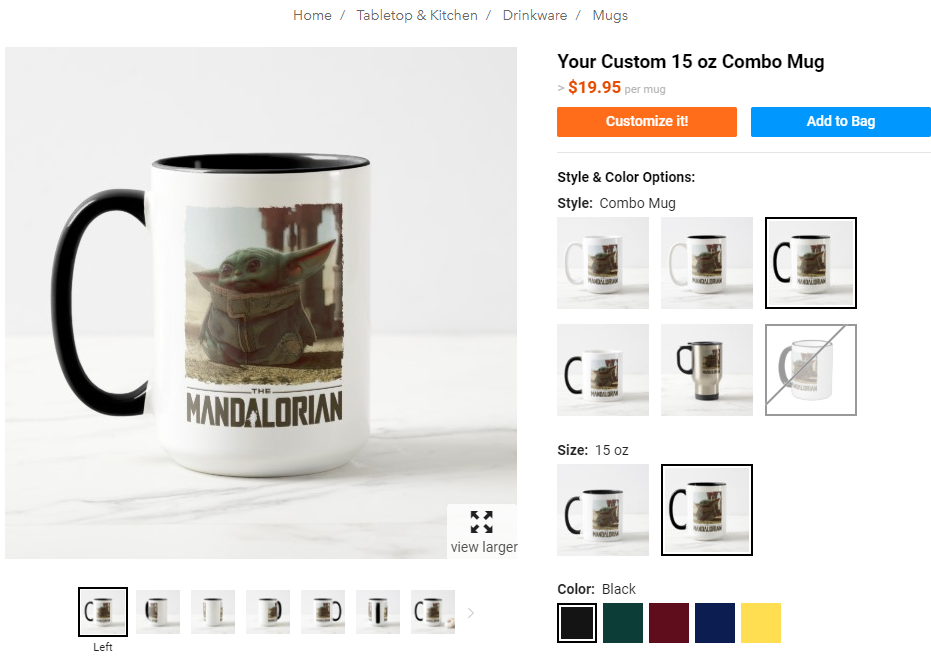 These are probably the nicest looking examples I could find. Every product features that single image crudely pasted onto whatever the item in question is (other items include tote bags, tank tops, and a $45 phone case).

Literally, this is a level of design that anyone with MS Paint could aspire to. Whatever Disney is making from, y'know, owning basically all of entertainment media, they're clearly not spending a dime of it on graphic designers.

Obviously, when anything is that big of a disappointment, it isn't long before the internet bands together to trash it: 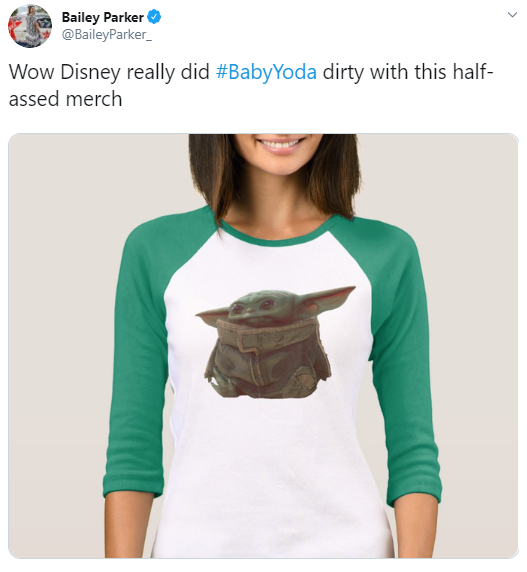 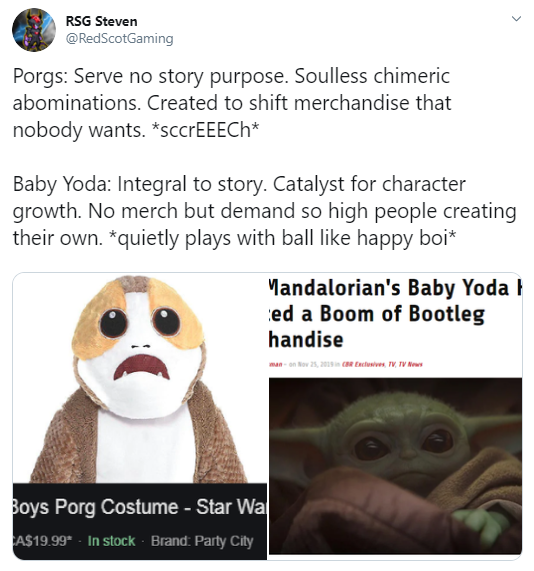 That Baby Yoda merch Disney released is straight up GARBAGE. Imagine hating your fan base that much. pic.twitter.com/HlvltnfhYG 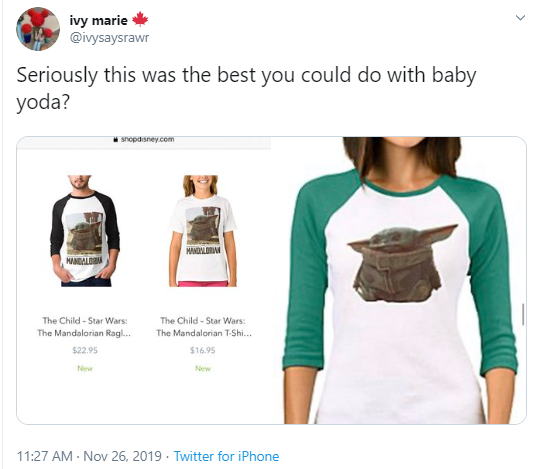 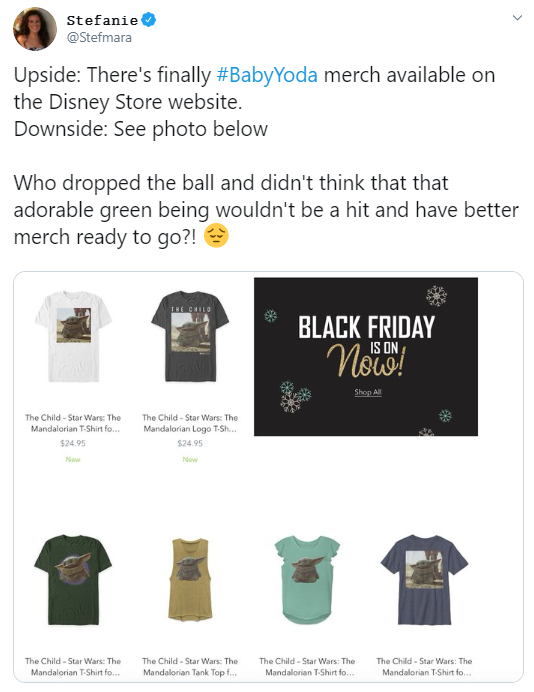 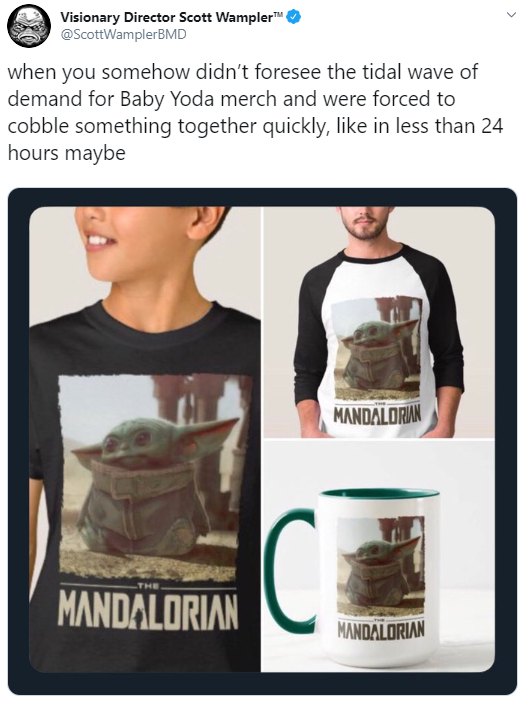 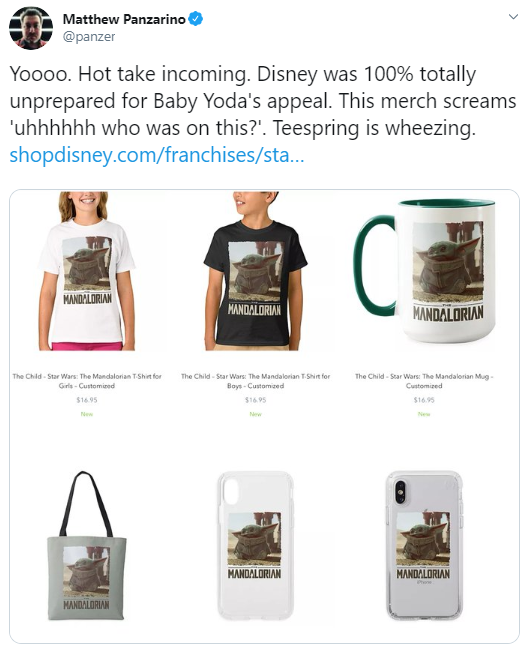 Here's hoping that the bigwigs at Disney get their s*** together and give us the Baby Yoda merch we deserve (*cough* PLUSHIES *cough*) in time for Christmas! 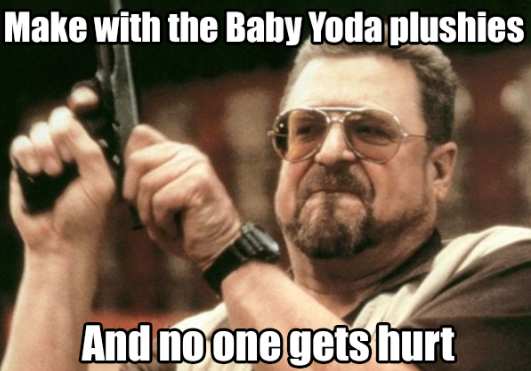 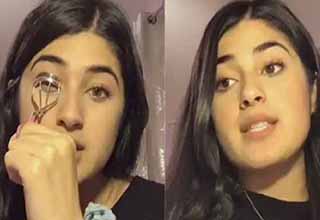