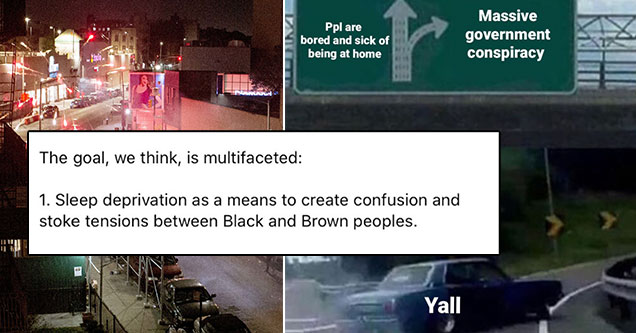 There is a debate happening online about the increased number of fireworks going on in major cities around the country, most notable NYC, which has seen an 80% increase in calls to 311 and 911 reporting fireworks in residential neighborhoods. In the last two weeks along, NYC received over one thousands calls and complaints.

And if you live in the city, I don't need to tell you what's going on, because you're surely hearing it yourself every night from around 8pm to 3am. So, what's going on? Are fireworks a psyop to cause trauma and to disorient? or is there something more organic going on?

When people in New York say they’re confused and suspicious about the amount of fireworks going off every single night, this is what we mean pic.twitter.com/3Qt5hLLbhF

This isn't even the loudest one. Right outside your WINDOW! police station is 1 avenue away and they are not doing anything but pass by. #fireworks #nyc #fireworksnyc pic.twitter.com/s9K7pOhQVq

Nigga that’s a missile, not a damn firework, but imma need that shit pic.twitter.com/7cXUTWpDDu 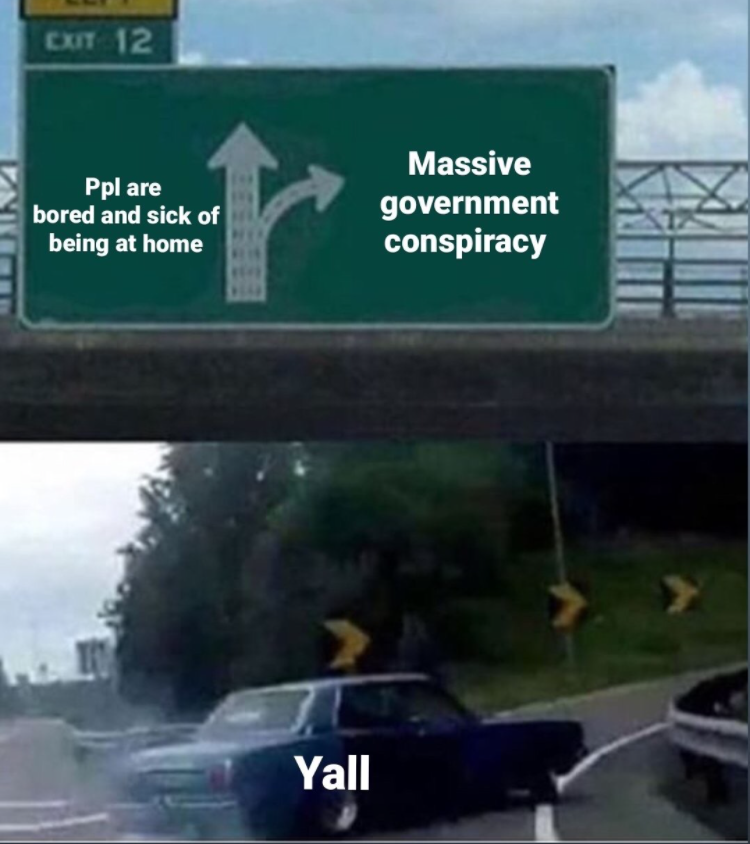 Now obviously we can't for for certain, though I know the guys on my street aren't getting their fireworks from some secret deep-state source, but we think there are some pretty obvious and over looked explanations for the firework-ageddon of 2020.

First, the market was flooded with million of fireworks that were meant for events and 4th of July parties that would have gone to waste otherwise. Think baseball games, concerts, camps, literally all of the countries major gatherings have been cancelled this year.

And third, people have some disposable cash for the first time in a while. With government stimulus checks going out, COVID unemployment and plans being cancelled, people have seemingly made due with what they've got.

Though don't take it from us. This is the post which has been widely spread detailing the full thoughts on the fireworks conspiracy theory. 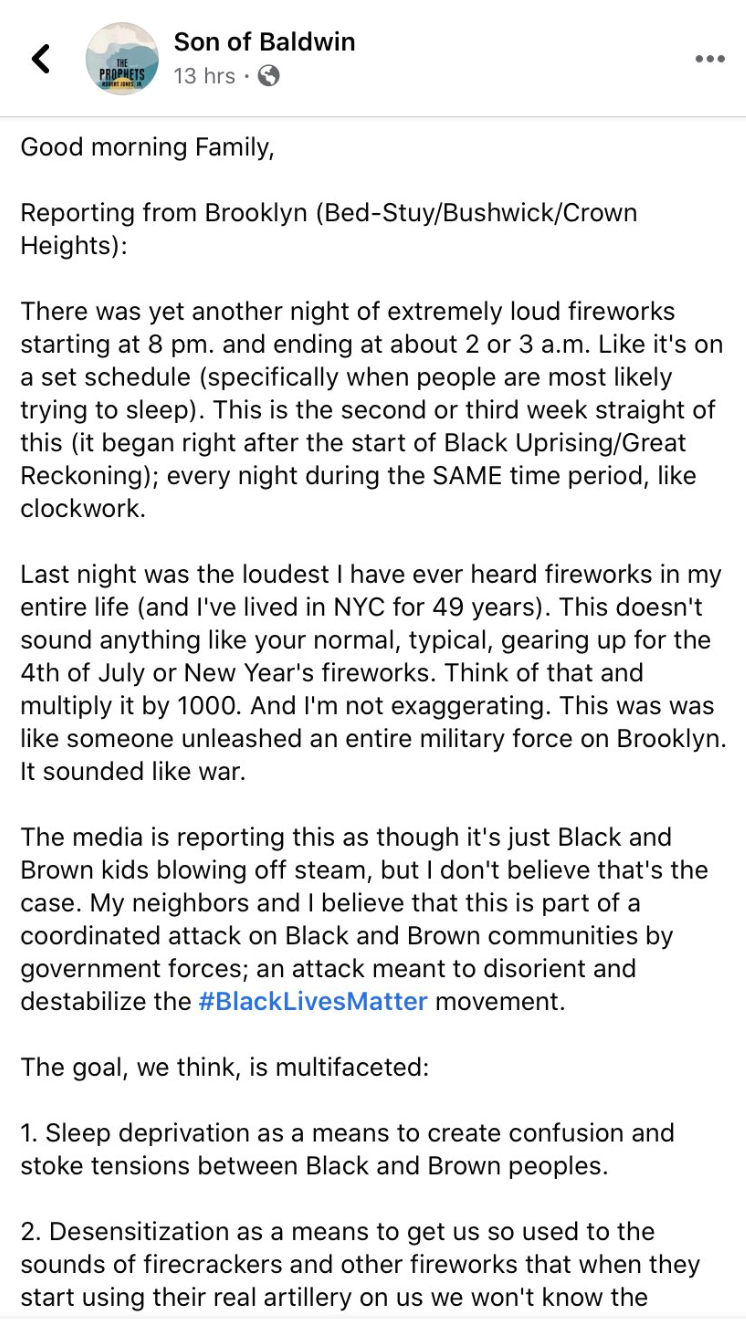 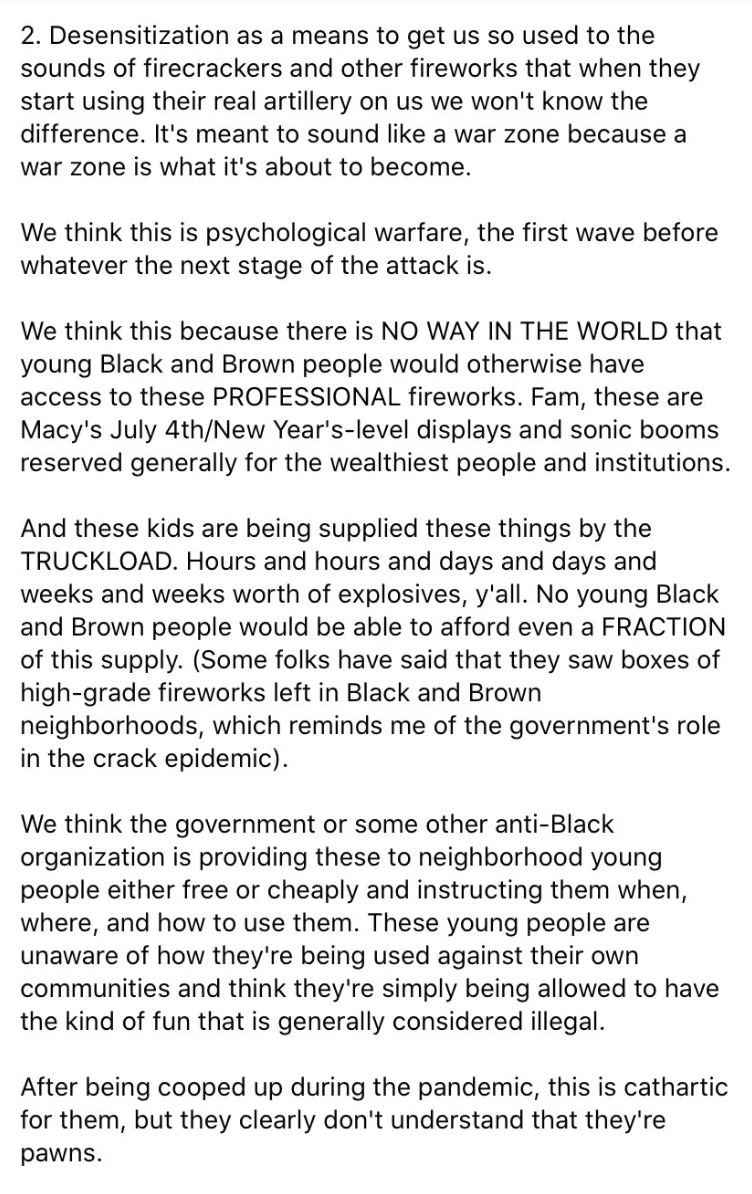 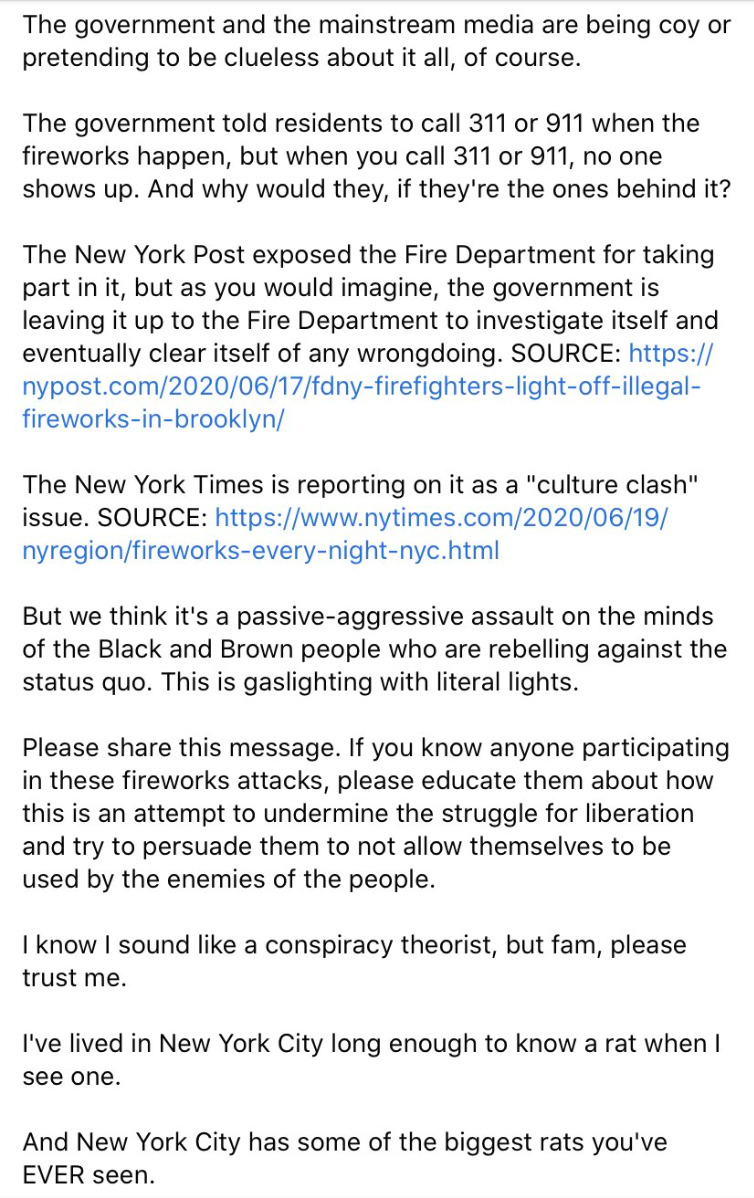 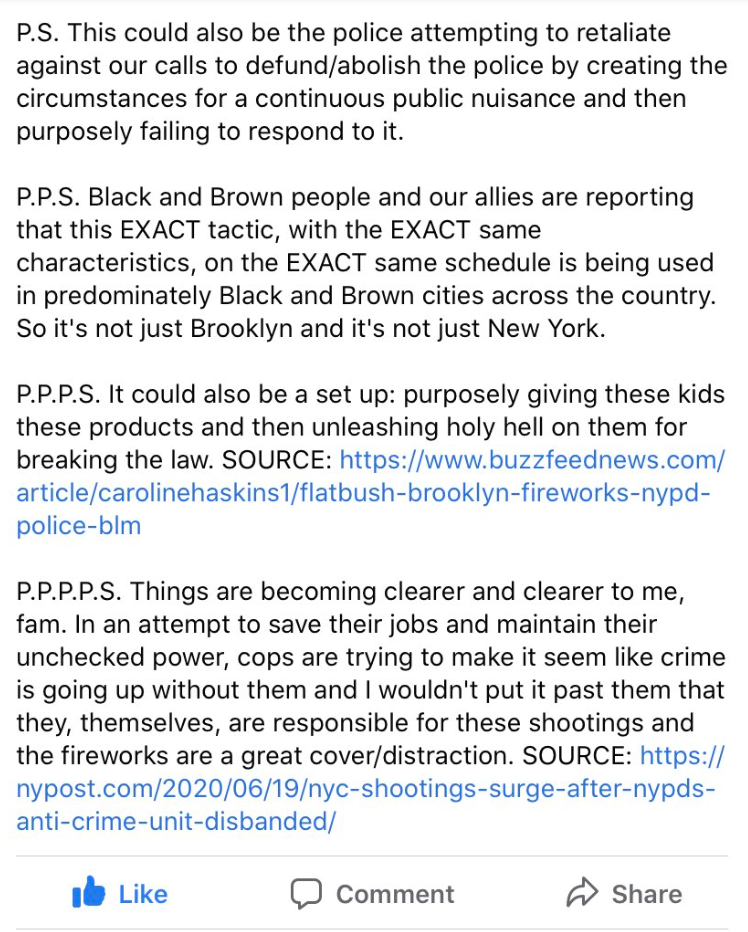 So what do you think? Are fireworks the new crack? Is this a great big conspiracy theory or are there some simple explanations about why NYC and other cities have turned in the 4th of July ever god-dammed night. 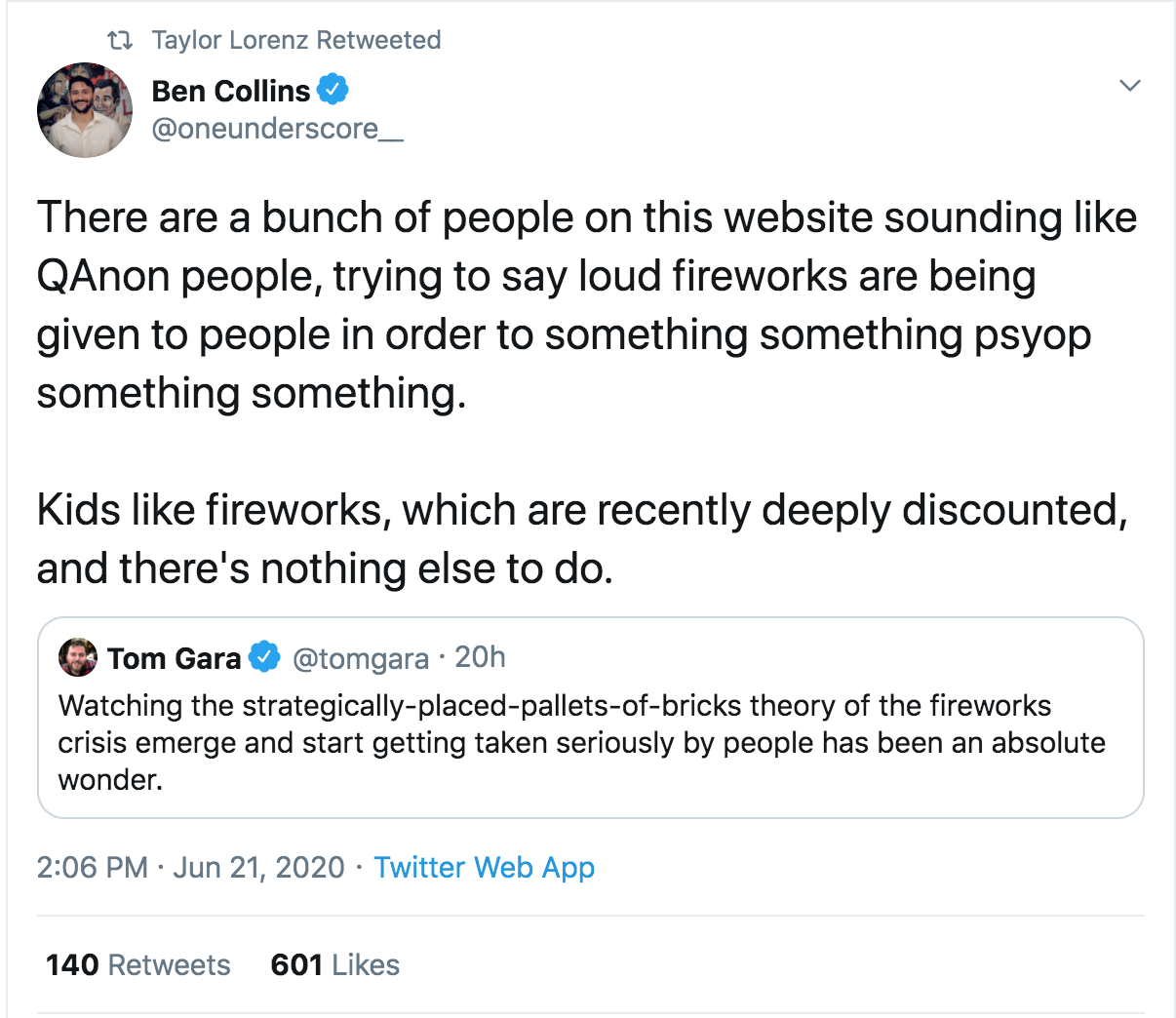 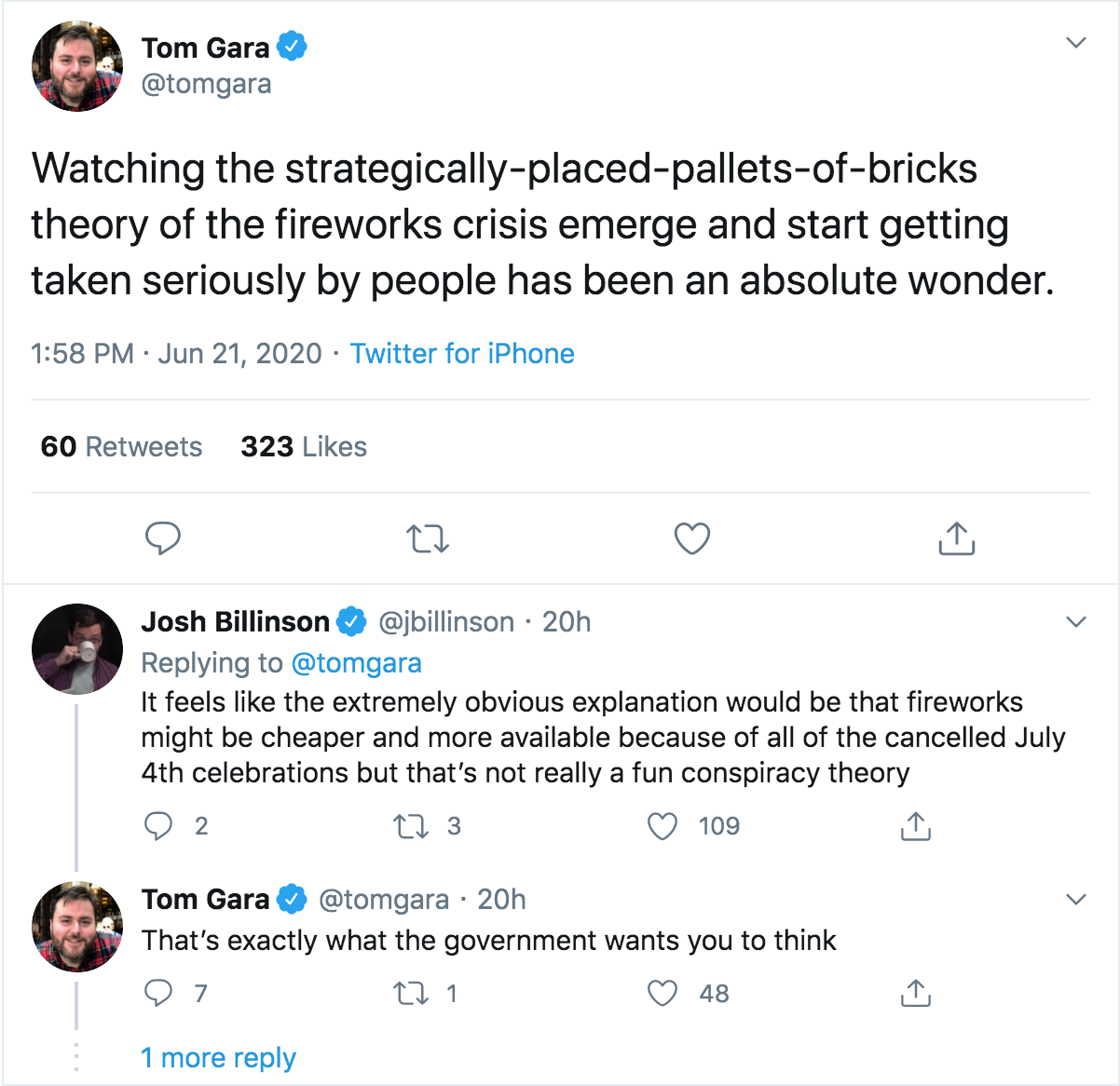 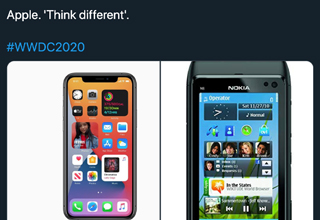