Alright I realize it's a movie. But for writing's sake, what the f*** are these people doing?

Here are all of the people who could've prevented Kevin from being alone, and having to protect himself against two psychopaths. You literally had one job. 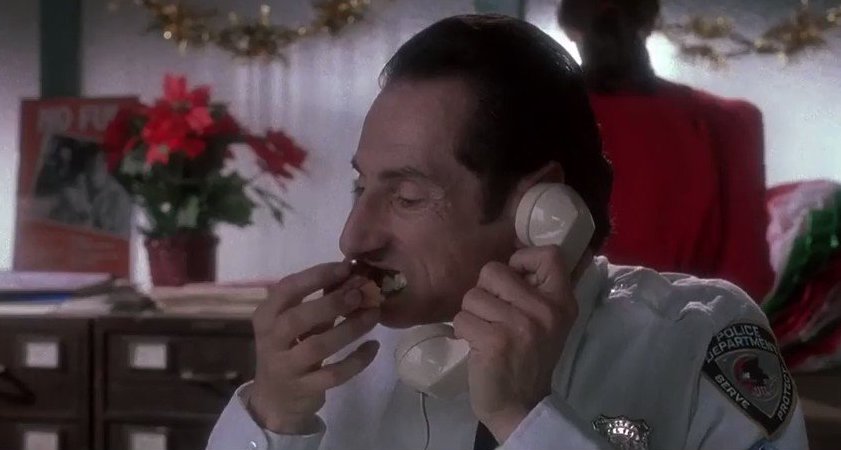 Bro, take the donut out of your face-hole for one second and help the woman on the phone. 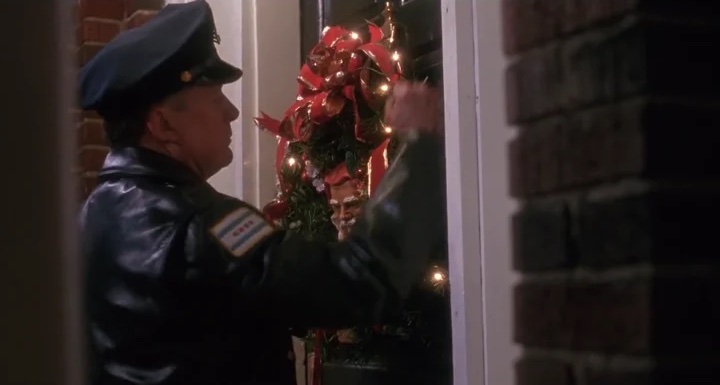 Dude, the kid is scared. Open the door and go inside! 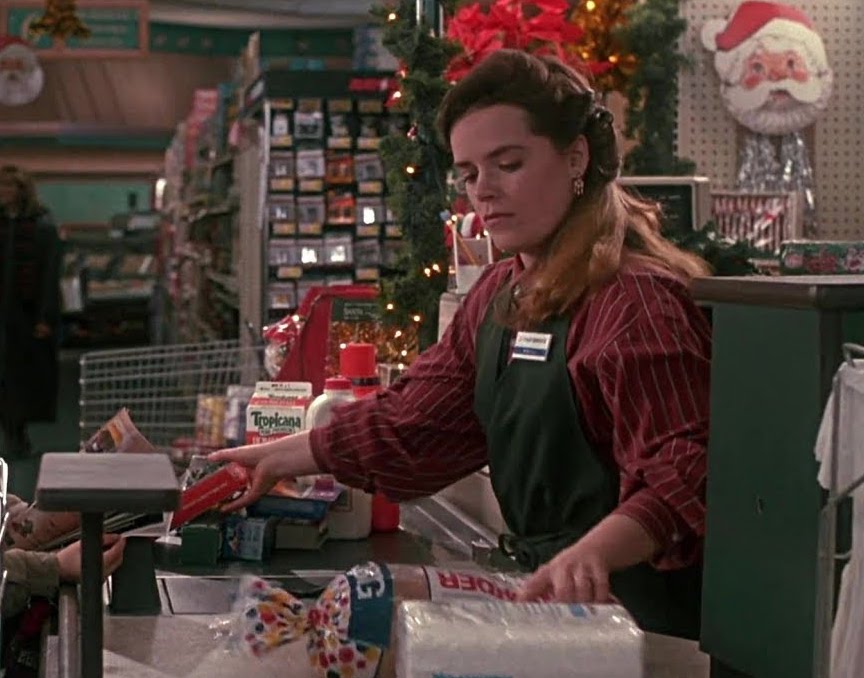 This lady lets an 8 year old lie to her face. So I dunno, maybe time to go grab a manager. 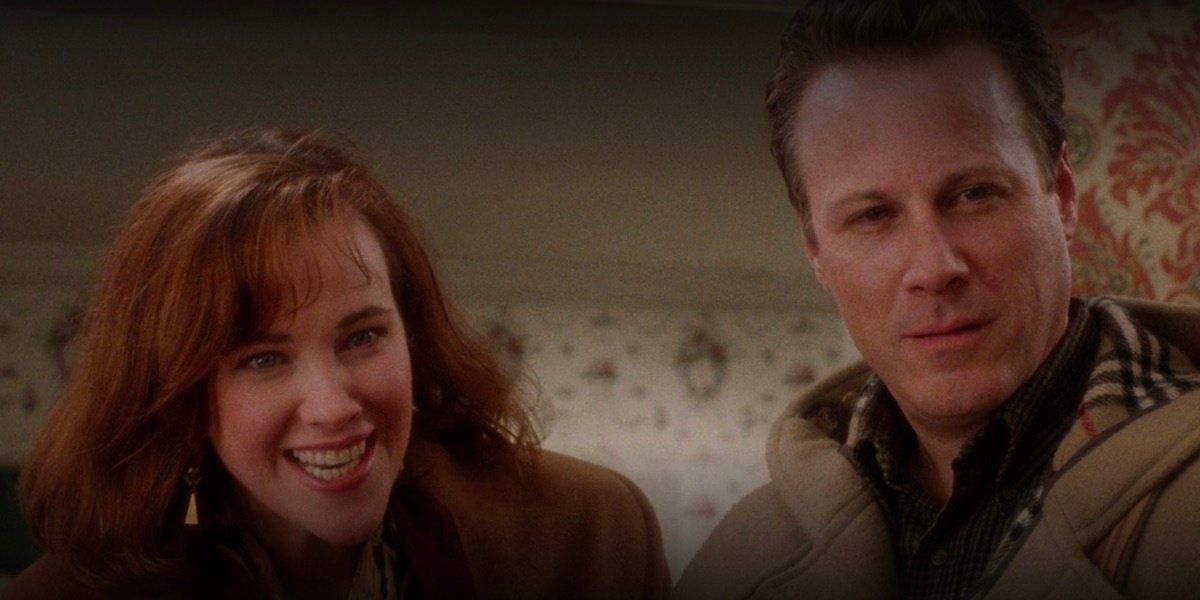 This should be obvious, but Kevin's parents. DO YOUR JOB. 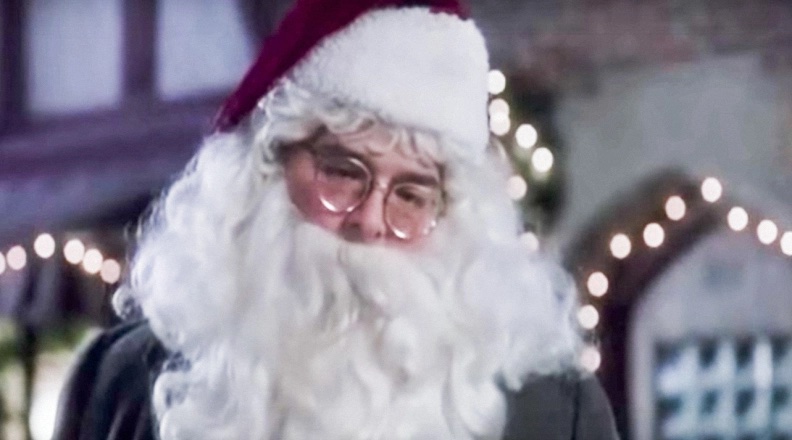 It's Christmas eve, it's cold, it's dark. This kid literally asks for his family back for Christmas! Go get a competent adult! 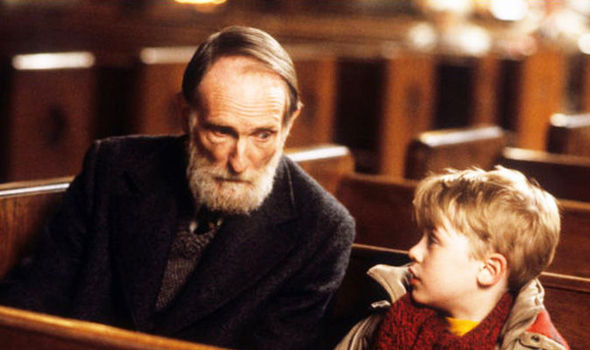 No kid is willingly going to church if they don't have to. That should be this guy's first clue that something is up. 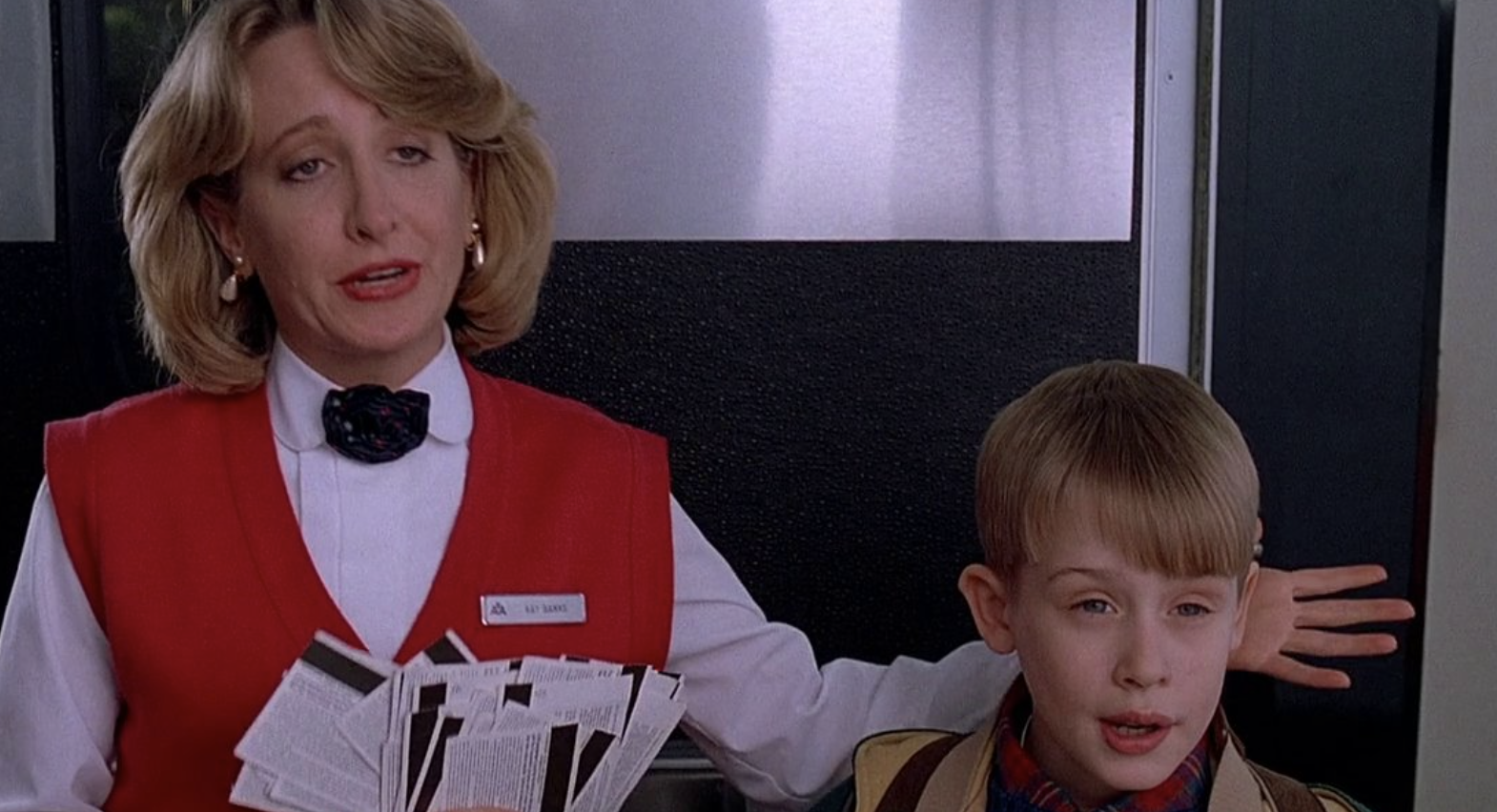 She at least gets Kevin onto a plane. It's the wrong plane, but still... 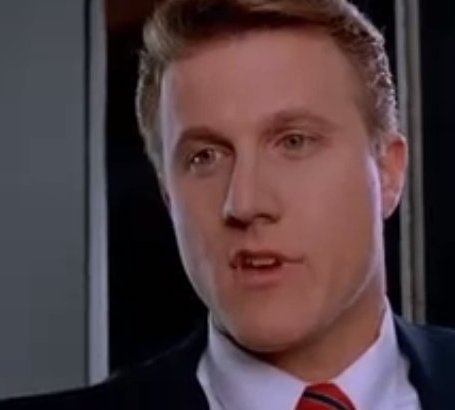 Listen, I get that this was before 9/11 and flying was different. But take 2 minutes to find Kevin's boarding pass. This guy is a clown.

And This Airport Attendant 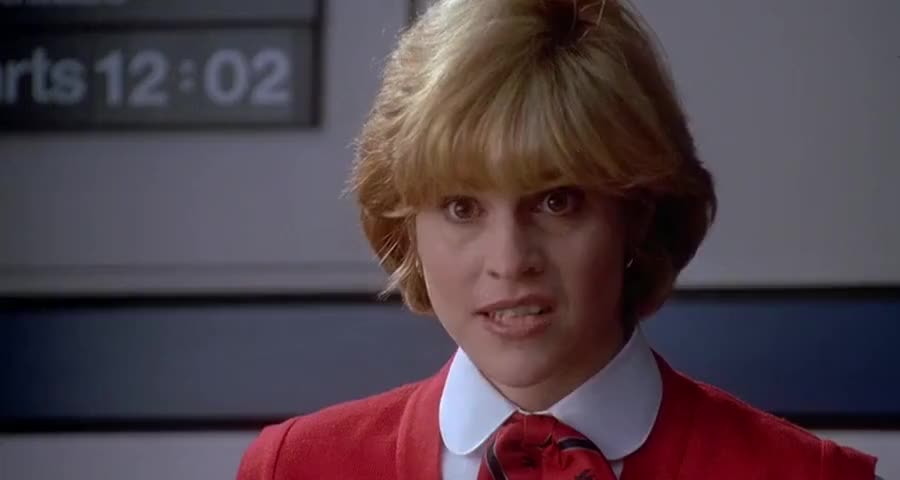 Just fire every airport worker. If an 8 year old comes up to you and asks WHAT CITY THEY ARE IN, maybe there's a real problem. 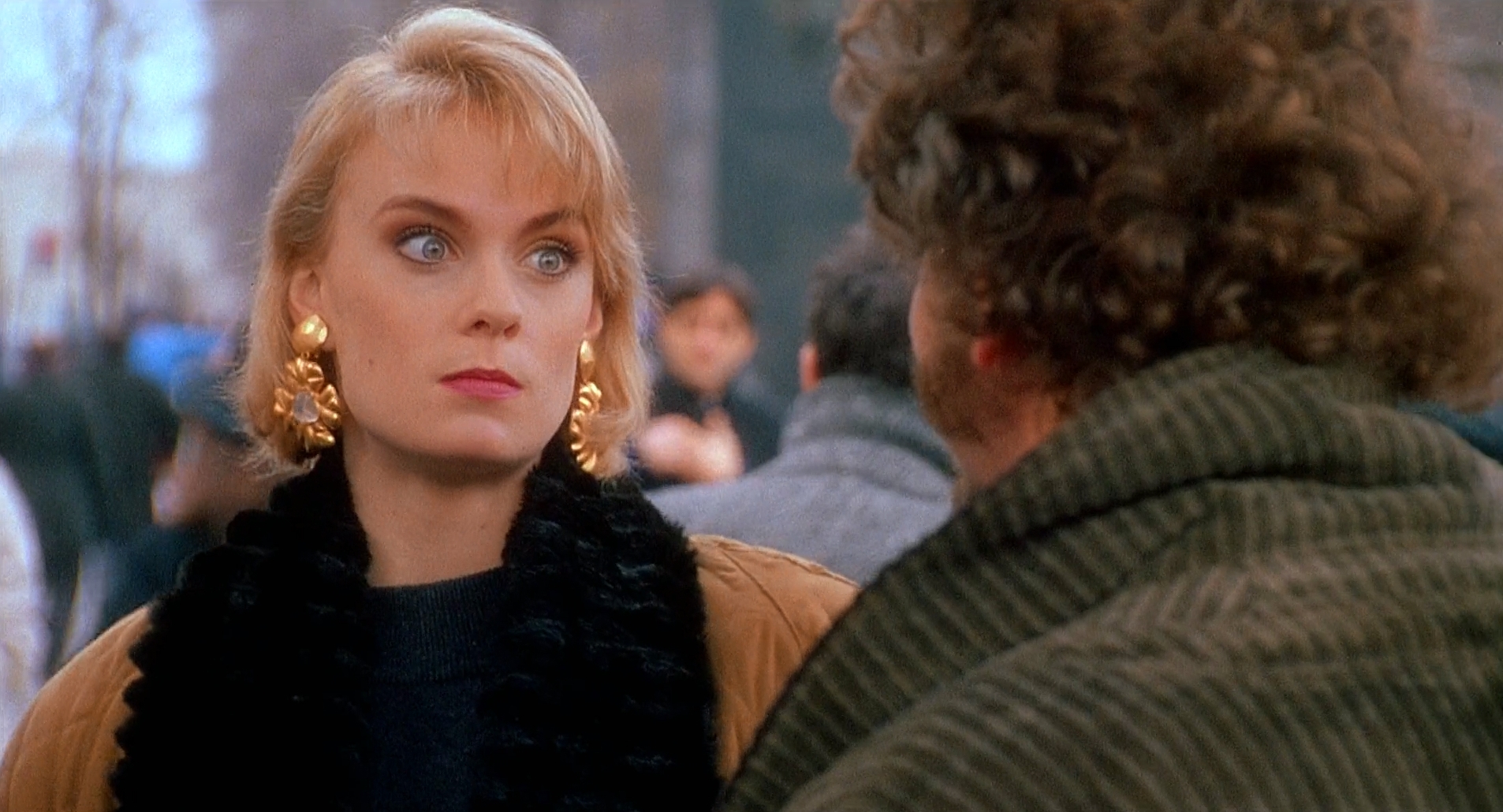 Okay lady, you've already had one of the sticky bandits try to steal your purse. So the second time, you knock them both out, why wouldn't you help the kid that they were about to murder? 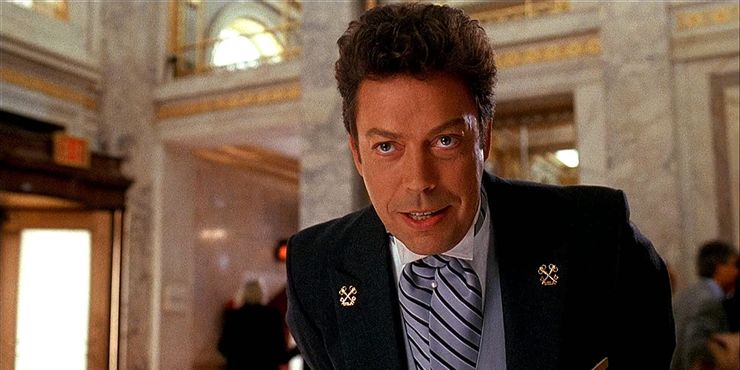 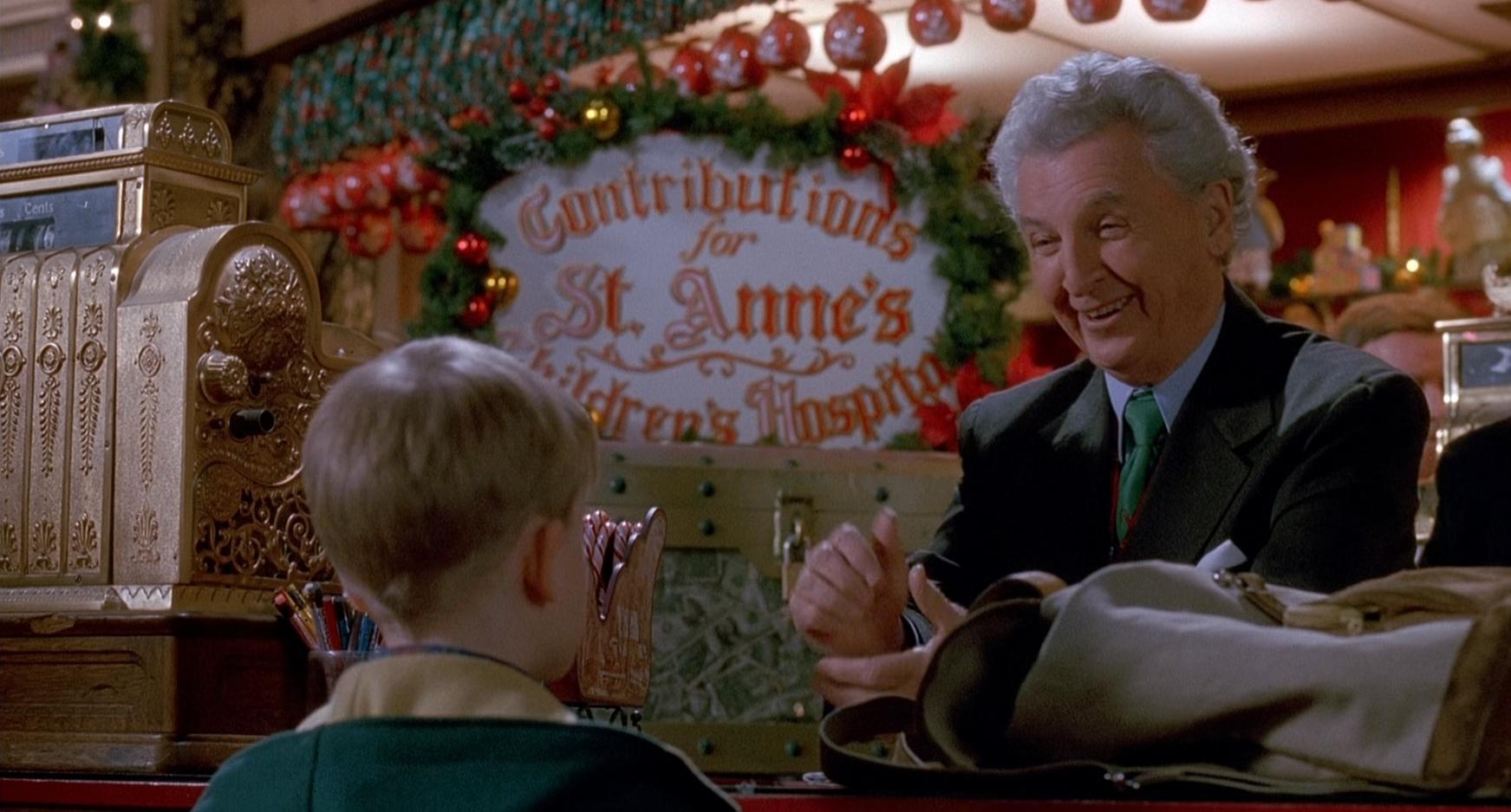 I want to give Duncan the benefit of the doubt, but come on man. A kid with that much cash on him, and you don't pry a little further? 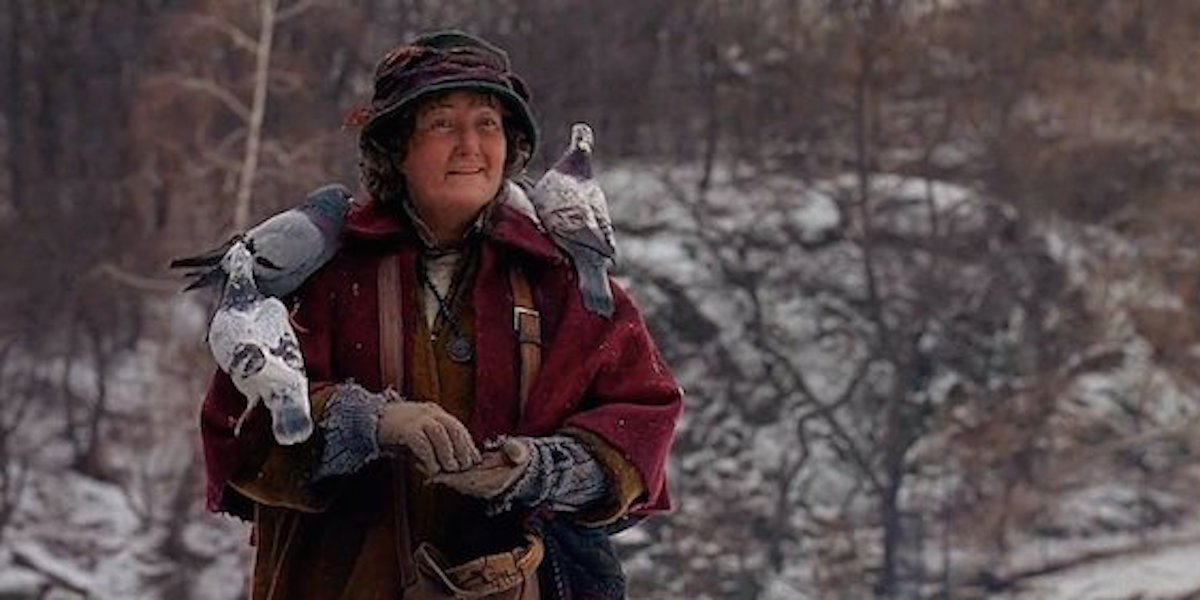 This woman is probably biggest culprit. She's aware that Kevin is alone in New York. Go find a police officer, and quit projecting your problems onto a kid. 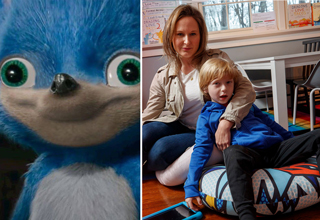