Quentin Tarantino is no stranger when it comes to controversy. From his many gorey and over the top films, to his apparent fetish of women having the crap beat out of them on the big screen, the producer and actor has seen his fair share.

It all started with Uma Thurman revealing that Tarantino threatened and bullied her into driving an unsafe car that crashed on the set of Kill Bill, leaving her with long lasting injuries. In a recent interview with Deadline, Tarantino was asked about the incident to which he referred as "one of the biggest regrets of career and my life."

However, a 2003 interview from the Howard Stern show is what really has people up in arms lately.  Tarantino said that Polanski "did not rape a 13 year old girl, it was statutory rape" and that "the girl was down with it". Stern and Co-host at the time Robin Quivers can be heard responding in disbelief to Tarantino defending Polanski's actions. You can listen to a segment from the interview in the video below:

He was charged with rape by use of drugs, perversion, sodomy, lewd and lascivious act upon a child under 14, and furnishing a controlled substance to a minor. Polanski pleaded guilty to a lesser charge of unlawful sexual intercourse with a minor after accepting a plea bargain, but fled to France in February 1978, just a few hours before his sentencing.

Hollywood has taken quite the beating recently following an investigative piece by The New York Times accusing Harvey Weinstein of decades of sexual assault.  Since then several other of Hollywood’s  biggest names like Kevin Spacey, Oliver Stone, Michael Douglas, (and many more) have surfaced as part of the #MeToo movement.

So even though according to Tarantino "Polanski totally didn't rape that 13 year old" he admits that if the victim were his own daughter, he would have “beat the hell out of” Roman Polanski. 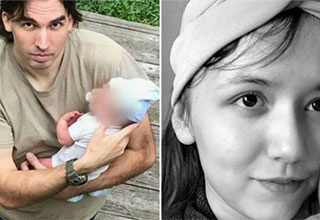