This seems fun. If you think raccoons living in your roof, falling through the ceiling, and taking over your entire bedroom is fun. Twitter user haley_iliff documented that exact scenario upon arriving home after being away.

i came home from new york and a racoon fell through the roof above my bedroom (1/??) pic.twitter.com/RGedYqfQnN

The adventure continued as minutes turned into hours. Unfortunately the Humane Society could not intervene since the female raccoon was trying to protect her babies.

humane society couldn’t help bc it was a mamma raccoon protecting her babies (probably living in our roof) so we’ve been waiting for someone to come since yesterday at 5pm pic.twitter.com/yQxDiJPHtf

Aside from the trashing of the bedroom and general intrusiveness, the mother raccoon seemed fairly harmless. But as Haley points out, multiple raccoons began taking refuge in other parts of the house.

since the roof is open to the sky, we have a multiplying raccoon problem. last count was 5 raccoons and they found their way to the office upstairs as well. pic.twitter.com/UvkXZ53ojU

Eventually all of the babies and the mother raccoon were successfully removed to be released back into the wild.

Now to assess the damage.

ok all raccoons have been removed from the premises. i just got off work and i’m going to see what destruction they wrought.

Be right back, gonna go watch 'The Great Outdoors.' 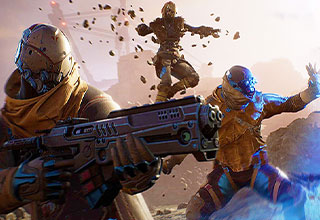 NEXT ARTICLE Outriders: Waste Your Time, Not Your Money