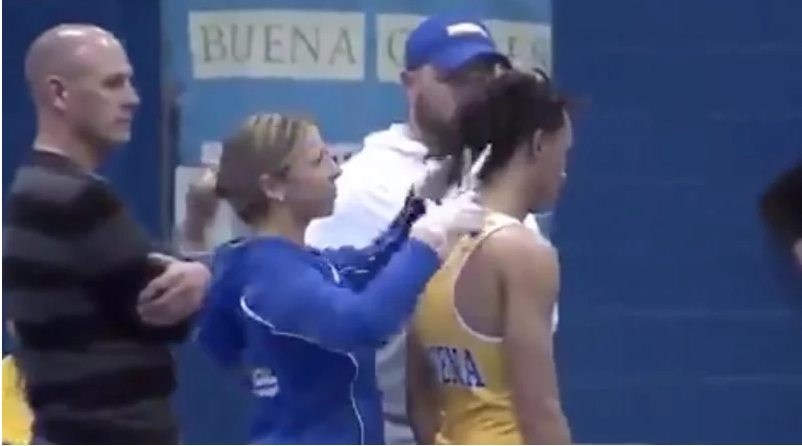 In New Jersey this Wednesday, referee Alan Maloney told Buena Regional High School wrestler Andrew Johnson he could either cut his dreadlocks or forfeit his match. With little hesitation, Johnson chose to cut off his luscious locks.

Epitome of a team player

A referee wouldn't allow Andrew Johnson of Buena @brhschiefs to wrestle with a cover over his dreadlocks. It was either an impromptu haircut, or a forfeit. Johnson chose the haircut, then won by sudden victory in OT to help spark Buena to a win. pic.twitter.com/f6JidKNKoI

You can’t grow dreads over night. This kid has been wrestling with dreadlocks for a long time. This was wrong.

No Mike. This is a young Black boy who was forced to cut his hair under a whim of a white referee who in the past has come under scrutiny for racial comments. He’s not the “epitome of a team player” he’s a child that has just been publicly abused.

In an article i read, the rule is that if a wrestler’s hair ,in its natural state, extends below the earlobe on the sides or touches the top of a normal shirt, it’s required to be secured in a hair cover. But the wrestler had a cover and yet this ref still made him do this

You frame it as an inspirational story when really it's a story of prejudice and racism..

More so, this isn't the first time Maloney has been on the hot seat. During a gathering between officials, Maloney allegedly poked fellow referee Preston Hamilton in the chest and allegedly used a racial slur during an argument over wine. After which, Hamilton slammed Maloney to the ground.

While Maloney was to be suspended for a year after the episode, he appealed the suspension and the sentence was overruled. Let's see what the officiating board does after this latest incident.

Although Johnson was unfairly forced to cut his hair, he didn't let that stop him as he went on to defeat his opponent 41-24.