7 years ago today, June 4th, the world and the internet lost one of its' first true icons, Mr. Trololo. If you're a citizen of the web, you will no doubt recognize his beautiful voice anywhere you hear it.

Eduard Khil was born in the 1930s in Russia where he had a rough upbringing. He was separated from his family during a bombing in WWII, which is when he picked up singing for troops and those in the hospital. After the war, he went to school to study voice and the rest is history.

This video does a great job of showing his life and career in summary.

How did this song get to become so popular? The name "Trololo" is an onomatopoeia of the distinctive way Khil vocalizes throughout the song. When it was first uploaded to YouTube in 2009, people began naming him the Trololo man or Mr. Trololo.

Within three years, the video accumulated over 6.6 million views. On February 19th, 2010 the Buzzfeed published the video in a post titled "Lyrical Genius." Then, The Huffington Post included the video in an article titled "Is This Weird Russian Guy the Best Lyricist of All Time? No." On February 26th, Trolololololol.com was launched, just playing this video on a loop. (KYM) Ray William Johnson called it, "the next RickRoll"

Here Khil is reacting to his newfound internet stardom.

Sadly in 2012, he suffered a severe stroke and passed away. We can take solace in that the internet will never forget him or his beautiful voice. 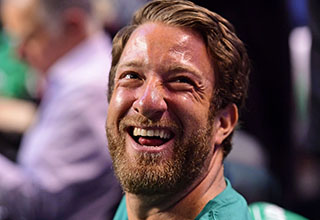