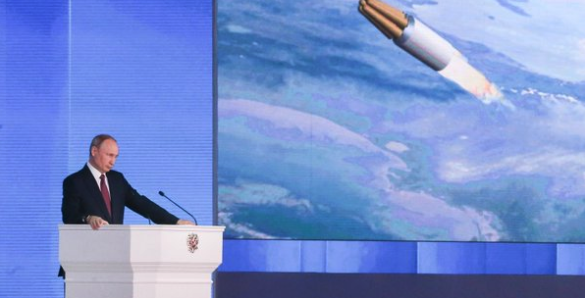 What are the chances that after HBO released their Chernobyl mini-series, we'd see another Russian nuclear reactor explode? Well, that's what happened.

On August 5th, footage of an explosion at a Russian "ammunition" factory began to circle the web, after the incident left seven people dead and forced the evacuation of several thousands more.

Speculation about the true nature of the explosion was quick, as many people didn't believe the whole "ammunition factory" answer they were given. In addition, there were Tweets and reports going around about people buying up Iodine pills, which if you watched Chernobyl, you'd know are used in post nuclear reaction meltdowns.

There was even a post which has been deleted that referenced the spiked level of radiation being recorded in the Russian town of, Severodvinsk. Both an English and Russian version can be seen in the link below.

Russian city of #Severodvinsk quietly removed its previous report about the spike in radiation levels after an explosion at a military test site, so here is a copy (in Russian and English).#Russia pic.twitter.com/hFP40okWyf

We can’t trust #Russianstate media/propaganda to report accurately on the explosion at the ammunition depot (that has nukes!) near #Achinsk in #Russia.

Nuclear physicist @KPHickerson’s analysis shows that the shock wave was equivalent to that from a 10 kt-yield nuke. https://t.co/kNViGBNjC2

But unlike HBO's Chernobyl, Russia is no longer the USSR and information in this day and age travels much much faster than it did back then, which means, this newest Russian cover up only lasted us about seven days.

So instead of Russian Ammunition Factory Exploding in Russia, check out, Small Nuclear Reactor Explodes In Russia Killing Seven and Forcing Thousands To Evacuate.

Russian Deputy Defense Minister Bulgakov: there are no serious destruction in Kamyanka village after explosion of arsenal nearby https://t.co/fcWxSI2GH6 #Russia