The mother of a 12-year-old boy is suing Animo Westside Charter Middle School for not doing more to protect her son from a school bully. In the video above you can see the boy pushed against a  wall, put in a choke hold and eventually fall over limp. Paramedics were called and the young boy later had seizures.

From the TMZ article

You see the boy right outside the school, when a bully from the school punches him and then puts him in a chokehold, which seems to last around 20 seconds. Notice in the video ... a staffer walks by but seems unconcerned by what is happened right next to her. She never helps ... just walks away.

The boy goes limp, apparently losing consciousness, and the bully becomes alarmed ... realizing what he had done.

The bully then helps the injured student by bringing him inside one of the buildings so he can drink some water. The boy then goes limp again and then loses consciousness. A staffer brings him into an office and lays him out on the floor. The blinds close and the paramedics arrive.

The lawsuit -- filed by attorney Ben Meiselas of Geragos & Geragos -- claims the boy suffered a seizure shortly after the incident and he now has permanent brain damage. According to the lawsuit, he suffered a hypoxic-ischemic brain injury -- a lack of oxygen to the brain. He now has significant learning disabilities and will likely need treatment for the remainder of his life.

The boy's mother told LAPD she did not want to press criminal charges against the bully because he was "a mere child." All she wanted was him expelled from the school, but according to the lawsuit he was not removed from the school and the lawsuit claims, he "continues to pose a threat to the safety and lives of other students." 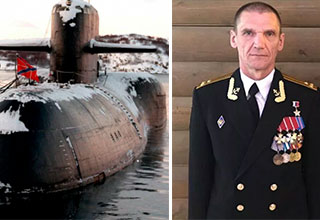