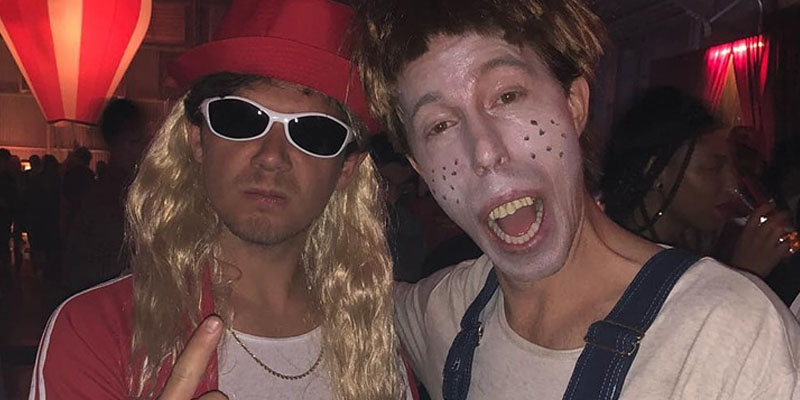 When choosing a Halloween costume as a celebrity it's important to ask one, big question, "Will this piss people off?" It appears Shaun White did not ask this question to himself when he decided to dress up as the character Simple Jack from the 2008 movie "Tropic Thunder."

Even in the confines of the film, Simple Jack is a clumsy character. He is used as a conduit to call-out members of Hollywood who give praise to actors willing to portray characters with mental disabilities. However, the film itself portrays mentally challenged people in a callous light. Unsurprisingly, the film itself received backlash due to the character even sparking a boycott movement. In 2008, The New York Times reported that "A coalition of disabilities groups is expected as early as Monday to call for a national boycott of the film "Tropic Thunder" because of what the groups consider the movie’s open ridicule of the intellectually disabled."

The Special Olympics issued a statement to TMZ.

“We are truly disappointed that Shaun White, an acclaimed Olympian, would choose this costume which is so offensive and causes so much pain,” the statement said. “Disability is not a joke nor should it be a punchline. We hope that Shaun White and others learn that this just continues stigma, stereotypes and discrimination.”

Others note the hypocrisy of getting upset at Shaun White while the actor who actually portrayed the role isn't being forced to apologize.

Ben Stiller watching Shaun White get in trouble for dressing up as a character that he played in a big budget mainstream film. pic.twitter.com/1wM2rUzQpK

Shaun White shouldn't even have apologized. It's a funny costume. He was Simple Jack from a movie! It's a joke. Does Ben Stiller need to apologize? How about the writers of Tropic Thunder. This whole world has gone crazy.

Shaun White apologized for the costume in a message he posted to Instagram. 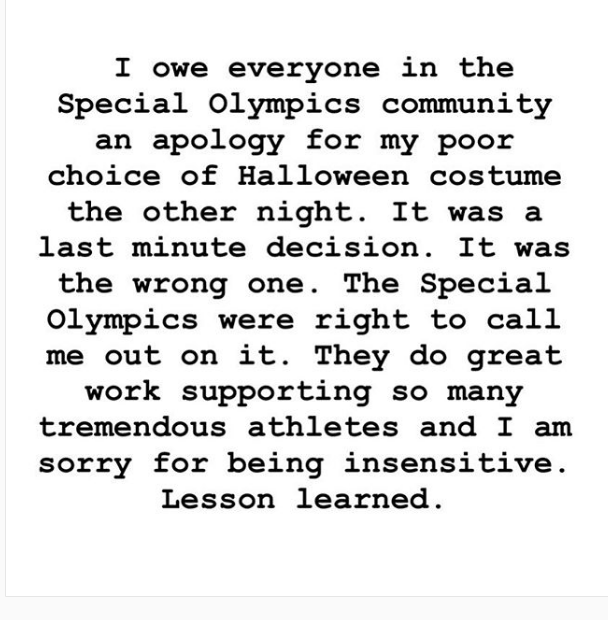