Sam Anderson found out about her companies potential contract with the U.S. Immigration and Customs Enforcement's (ICE) and knew she had to tell the public eye. ICE is yet another U.S. government agency that costs over $100B dollars annually, while creating distrust in communities, an increase in crime, children in cages, and more police brutality.

Her whistleblowing tweet on September 23rd revealed that her employer, Hootsuite, a social media management company, had signed a $500M contract with ICE.

Been debating talking about this publicly because I don’t want to get fired, but it seems like the cat’s already out of the bag so whatever: yesterday Hootsuite signed a three-year deal with ICE. Over 100 employees have been extremely vocal in their opposition to this deal

Among other co-worker uproar and upset about the contract, Hootsuite pulled out of the deal. However, Sam was fired today by Hootsuite for her leaking of the contract. When she first tweeted the news of the contract, she knew that her job was at stake but she still let the public know anyways.

As of yesterday morning I am no longer employed by Hootsuite. I’m not sure what I can and can’t say about my departure, but I assume it’s fair to say (and also probably obvious) that it was not my decision to leave.

UPDATE: @hootsuite has fired the employee whistleblower who came forward to the public about her company’s partnership with ICE.

An employee at Vancouver tech firm Hootsuite publicly broke news that the company was working for ICE. This led to them cancelling the contract - and firing her.

Considering working at or with Hootsuite? Remember that doing the right thing there got her fired. https://t.co/bImdbpTFQE

.@hootsuite you’ve lost a customer - we will not do business with a supplier that acts like this: we’re pulling all of our client accounts - you don’t deserve your @BCorporation ratification either. https://t.co/RfZqPkYyYL

Sam was not the only employee fired by Hootsuite. Their identity remains a secret, for now.

This is the second Hootsuite employee I know of that who has been dismissed since Monday. Both individuals publicly spoke out over the Vancouver tech company’s business deal with ICE. https://t.co/Yiu2yziXKZ

Sam's act of courage I'm sure will not go unrewarded. We've reached out to Sam for comment and will update if she responds. 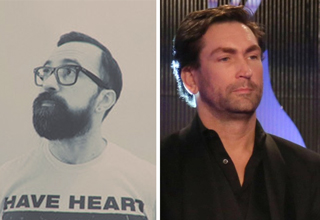