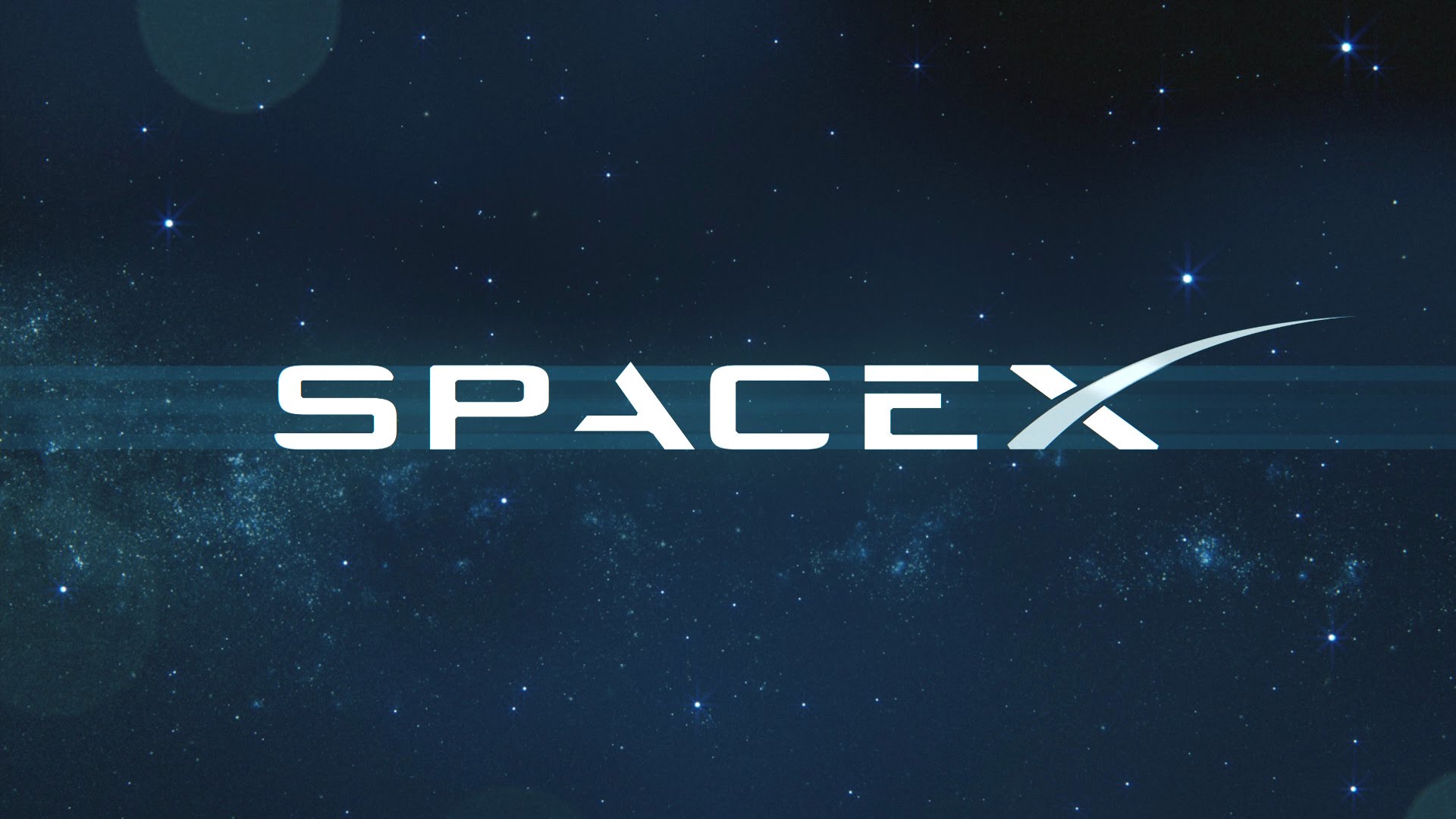 After years of engineering and anticipation, SpaceX is nearing flight-readiness of its Falcon Heavy rocket. This super heavy and hopefully reusable rocket has been designed to carry massive payloads, including humans, into low earth orbit to escape Rosie O'Donnell. In-fact, this is the very rocket that may eventually send humans to Mars in a few years.

It's been a long journey for Elon Musk and SpaceX to create this rocket. During the past several years the company has designed and launched several Falcon rockets of various sizes with mixed results, most recently with incredible success. Though, these rockets were created to carry smaller payloads into orbit, mostly satellites and other electronic equipment.

Also Read: 10 Horrible Things That Happen To Your Body In Outer Space

Falcon Heavy has far greater aspirations, with a two-stage system that

Elon Musk says will be capable of 5.1 million pounds of thrust at lift-off. It successfully completed its first static fire test in May, and now it's looking to win over the attention of headlines with a proper launch.

At this point, it's nearly ready to go. A fully installed Falcon Heavy is currently sitting patiently in a Cape Canaveral hangar, and a few pics of it have been tossed onto Twitter by Elon Musk to give science lovers something to talk about today. 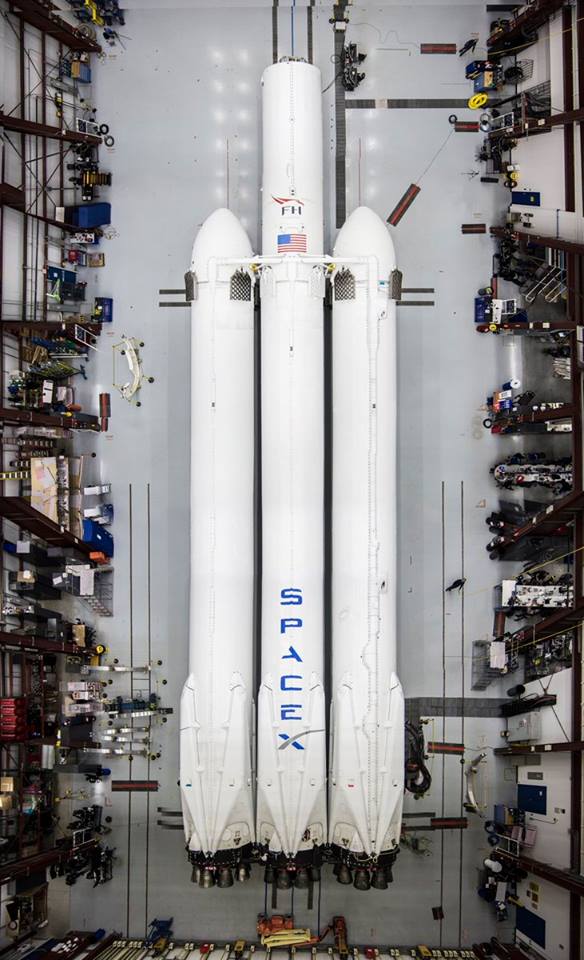 First, this top-down view shows just how big large-sized rockets are when laid down horizontally. At 230 feet tall it's so large that it has to be carried on specialized rigs, and only fits in the largest of hangars such as this one. 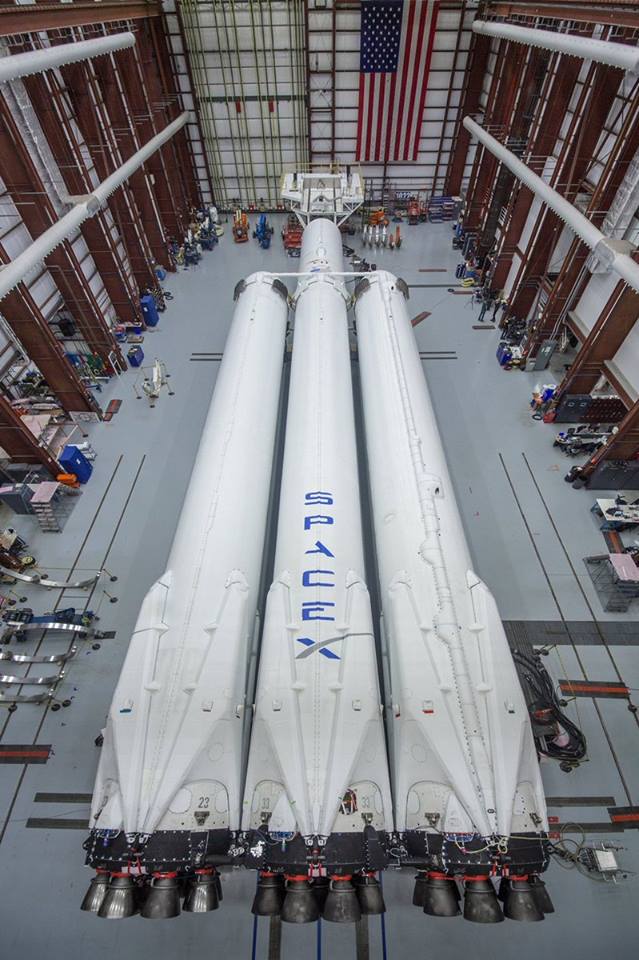 Here you can get a better sense of scale. Toward the sides you can see equipment, boxes, and other storage containers that are roughly the size of a fully grown adult Arnold Schwarzenegger. Toward the back you can view a glorious USA flag. 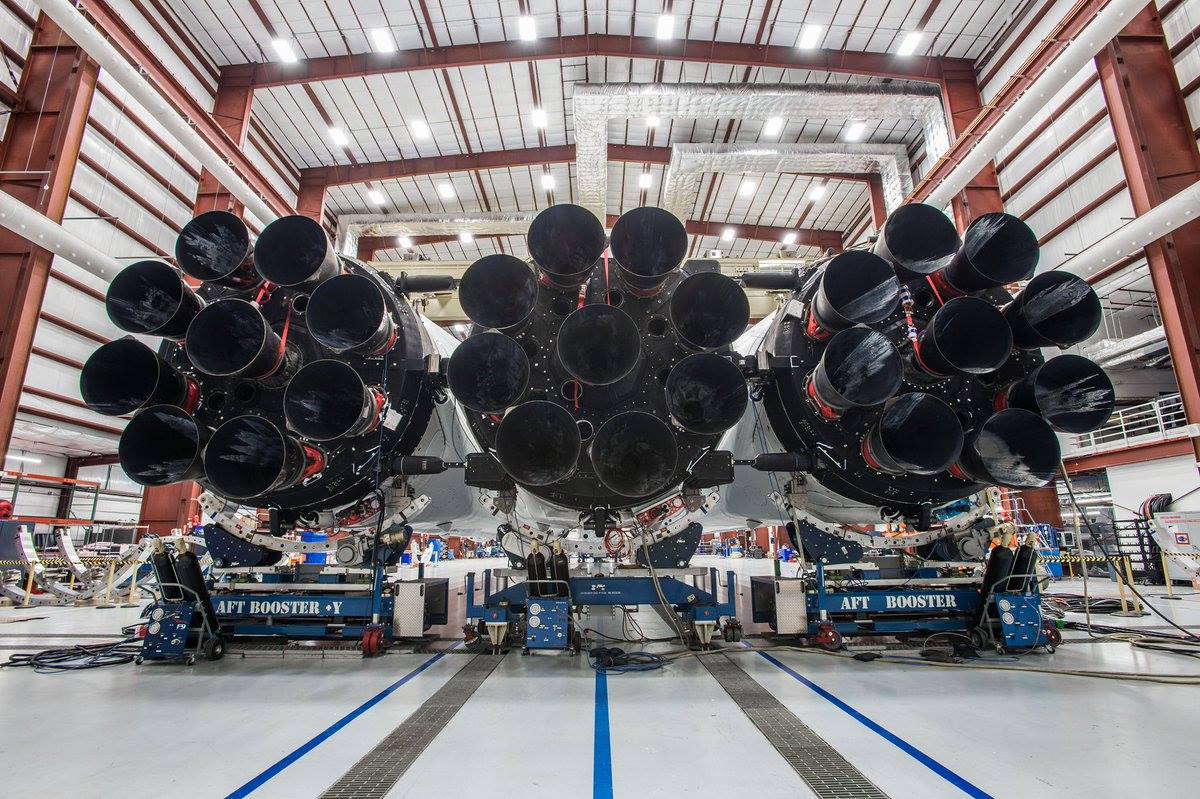 These are the 27 Merlin 1D engines that will provide the propulsion necessary to get this colossus off the ground. These are considered the most reliable of engines, built specifically for manned missions to outer space. 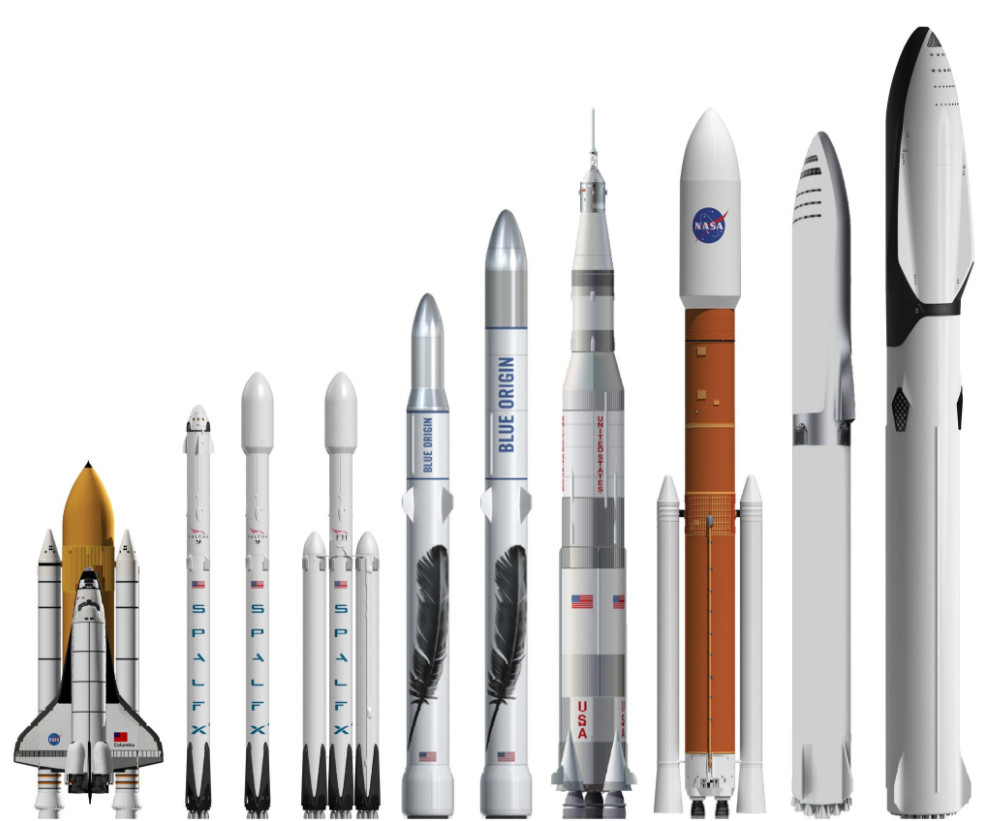 Lastly, here's how the Falcon Heavy compares to other rockets, as seen four to the left. Just three rockets over, past the two Blue Origin, you can see the Saturn V used for the Apollo missions, standing 363 feet tall. In contrast, Superman: Escape from Krypton at Six Flags Magic Mountain is 415 feet tall.

The current plan is to do an engine test before the end of the month before completing final preparations. In January 2018 SpaceX will launch this bad boy into the air, and will have its various stages land in Cape Canaveral Air Force Station and a droneship. 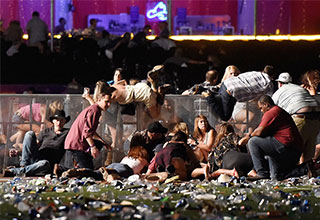 NEXT ARTICLE Photos That Capture The True Essence Of 2017