After 15 years of Spike Tv, the channel is getting a long overdue makeover. The channel will from here on out be known as the 'Paramount Network' and the person who runs Spikes Twitter feed is less than happy about it. Or maybe it's just a marketing campaign to bring whatever attention they can to the lonely channel.

Welp, since I’m outta here anyway I might as well tell you all the things I’ve been holding in for the past 18 years. Brace yourself bros. Shit’s about to get real. #GoodbyeSpike #SpikeUnfiltered

And right they were because afterward came of a slue of real ass Tweets. And the fact that these Tweets have not been deleted and that whoever has access to their Twitter hasn't been shut out leads us to believe this is all a marketing campaign to garner attention for the new branding. However there a number of funny tweets we think you'd appreciate.

I was baked when I pitched 1000 Ways to Die. Those episodes are mostly based on my nightmares.

I clogged up the 4th stall in the 7th floor men’s room over 30 times last year.

I lost my virginity in one of the storage spaces from Auction Hunters.

The “get more action” tagline was actually my personal mantra. I was in a 3 month dry spell.

Alright, I think I got my LinkedIn in good shape. Can't wait to see these job offers roll in when I'm back from vacation. #GoodbyeSpike https://t.co/F4P2cdGoJb

I heard @ParamountNet doesn’t turn his phone on silent at the movies. Animal.

We had a show called The Joe Schmo Show. Apparently every decent show name was taken.

I never thought rebranding would be one of the 1000 ways to die. I’m out. PEACE!

At first, it seemed like Spike being trolled by their own employee's who were pissed about the rebranding and who were using their last days on the job to make fun of their company, but alas it does not seem to be the case. And so Spike, or Paramount Network, whoever we're talking to, we only have one thing to say, you have disappointed us for the last time and we hope you don't take COPS off the air, please. 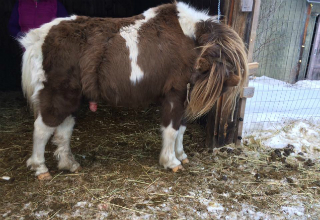