Flying is one of the fastest ways to travel, but it can definitely be a headache at times with long lines, slow moving security checkpoints, expensive ticket prices, delays, layovers, etc. One thing most people probably don't think about (unless you happen to be next to someone who is sick) are the germs. With thousands of people from all over the world passing through each day, things are bound to get a little grimey.

You might assume after the bathroom would be the baggage claim area. People huddled around en masse waiting for the luggage thats been through God-knows-what on the underside of the plane and other side of the wall, but you'd be wrong again.

TSA Checkpoint Bins are officially the dirtiest / germiest part of the airport.  With millions of people touching them (and sticking their dirty shoes inside them) paired with the infrequent cleaning of the bins themselves, researchers have found viruses and germs on the bins that can lead to respiratory viruses and other infections.

Experts suggest taking a bottle of hand sanitizer with you and using it immediately after passing through the checkpoint and gathering your belongings. A pack of disinfectant wipes to clean off things like your laptop, phone, wallet, etc is probably also a good idea.

You might think you're in the clear once you finally get on the plane and leave the airport, but that is just not the case. In addition to an airplanes quick turnaround time as well as being stuck in such close proximity to strangers, passengers are exposed to all sorts of germs while flying.

According to a study by TravelMath, the worst offender is actually the folding tray table, which "had more than eight times the amount of bacteria per square inch than the lavatory flush buttons".  TIME  suggests that seat belts, air vents, and seat-back pockets also deserve an honorary mention for being super gross. 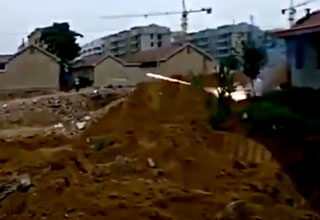