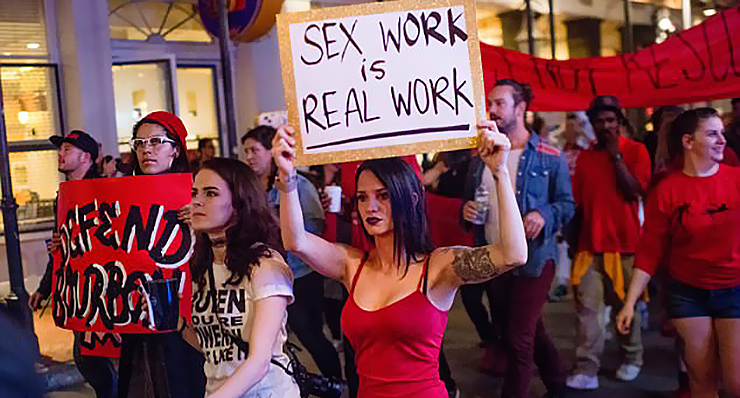 In the wake of eight strip clubs closed for prostitution and drug violations in the past week, the city of New Orleans held an official press conference in the French Quarter to boast new development plans, which many fans of the area's traditional grittiness are referring to as the "Disneyfication" of a once-cool part of town. But just as the press conference commenced, the strippers showed up.

A massive crowd of protesting strippers interrupted the city's announcement to express their outrage concerning the recent police raids of their places of work. Citing evidence of human trafficking, drug use, and "lewdness," New Orleans police had shut down eight clubs in the past week. Strippers wanted the people to know that this means they're out of work, and right before Mardi Gras, when they make all their money.

The protesters held signs bearing slogans in support of jobs in the clubs and shouting: “My body is not illegal" and "Strippers' rights are human rights."

Sable Mongold, an entertainer and representative of Bourbon Street worker advocacy group Bourbon Alliance of Responsible Entertainers (BARE), said the closures leave dancers vulnerable. She added women can lose between $700 to $1,000 a night with the closures. 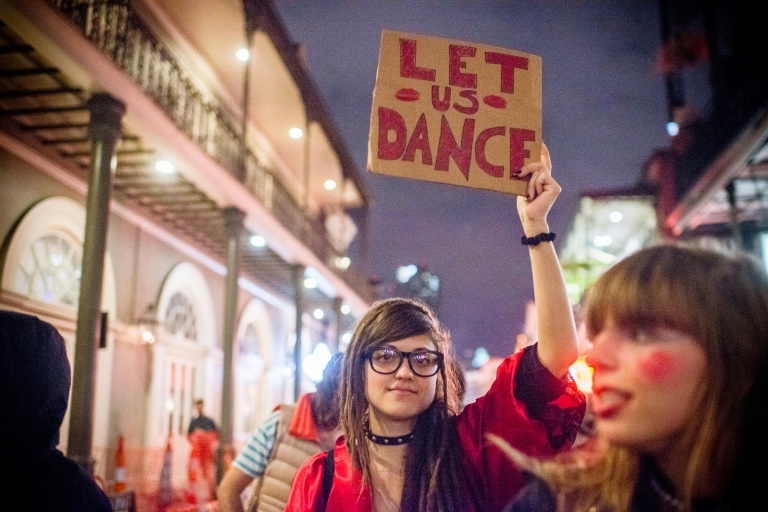 Some dancers say that the raid left them feeling unsafe. One dancer named Ruby told the The New Orleans Advocate that during the raid police officers read out the real names of the strippers in front of customers and made the women undress in front of male officers. The raids have forced some of the strippers to look for work in other cities.

Protesters told the Advocate that they thought the raids were designed to give the city a more family-friendly, lame-ass look to help support New Orleans Mayor Mitch Landrieu's political career. 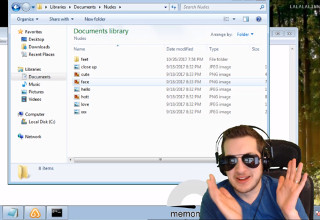