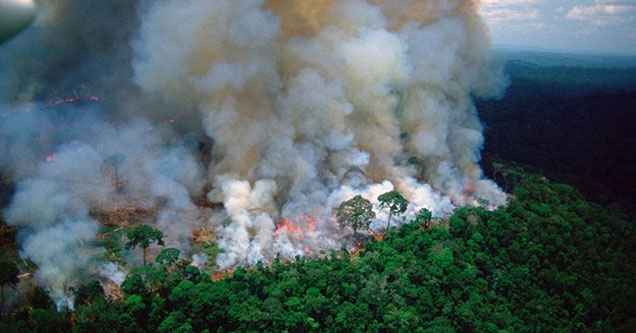 Parts of the Amazon Rainforest have been burning for the last few weeks, which have affected the Brazilian states of Rondônia, Amazonas, Pará, and Mato. NASA captured pictures of the fires smoke plume as it rose into the atmosphere. 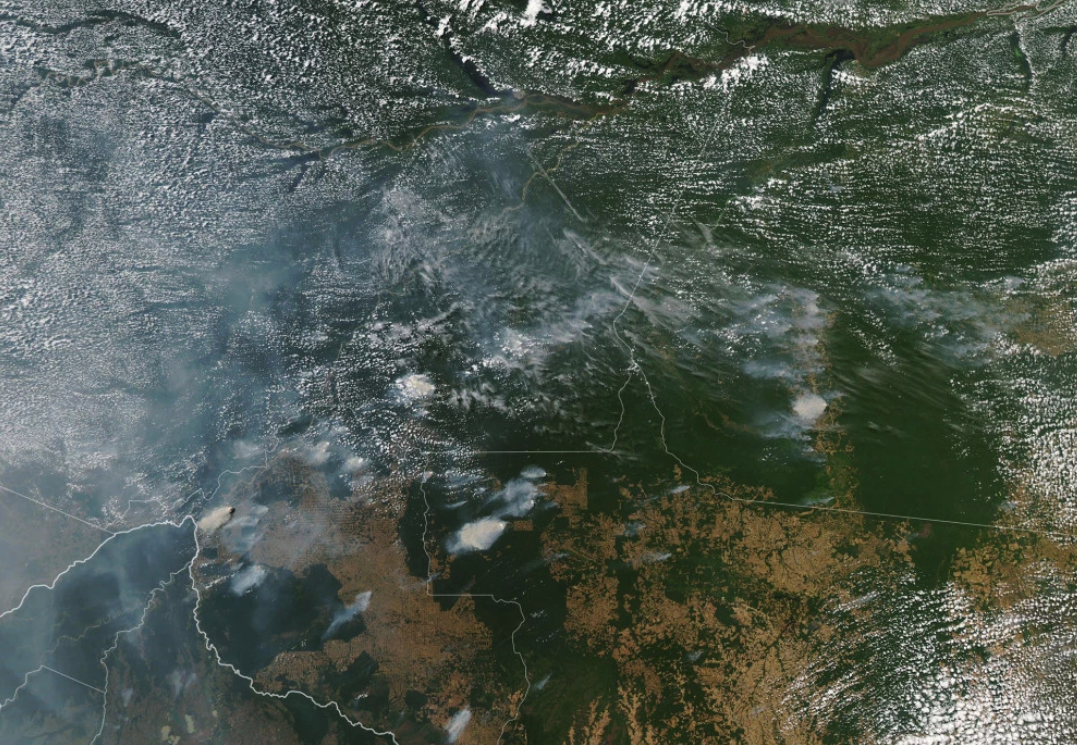 The New York Post wrote an article about the fires where they are quoted saying,

"Santiago Gassó, a researcher at NASA’s Goddard center, warned that the smoke layer stretched about 3.2 million square kilometers over Latin America. That area is equivalent to about 1.2 million square miles — roughly one-third of the United States

The smoke is so large and the fires so out of control that the blazes have resulted in a call for a state of emergency. And as many people were both shocked by the news and saddened, they were angry that they had not heard it sooner. 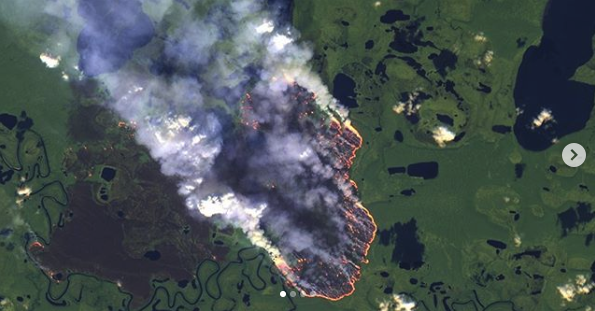 Brazil’s president is doing nothing to stop what is happening with the Amazon Rainforest. My heritage is from Brazil and it is so sad to see what is happening, it looks like a movie, but it is now. Y’all pray for Brazil! #PrayforAmazonia Brazil is destroying Brasil pic.twitter.com/vwpB6jfgLu

The Amazon rainforest has been burning for 3 weeks! We are on the verge of losing it completely if the fire isn't put out.

The loss of trees, the loss of biodiversity is what is accelerating CLIMATE CHANGE.

THIS IS AN INTERNATIONAL EMERGENCY. This is a CRISIS.#SaveTheAmazon pic.twitter.com/EDx1bub5AZ

The fact that the amazon rainforest is responsible for 20% of the ENTIRE WORLD’S clean air and it’s been burning for 3 weeks with literally no media coverage is terrifying. This is life or death for everyone and every animal. #PrayforAmazonia

THE AMAZON RAINFOREST HAS BEEN BURNING FOR THREE WEEKS AND IM JUST NOW FINDING OUT? WHERES ALL THE MEDIA COVERAGE?? WHAT IS THIS??? pic.twitter.com/fpSJvqT28s

The Amazon Rainforest has been on fire for 16 days, trees are on fire, many animals have died and even people have been killed trying to escape the fire. Amazon is a heritage of our humanity

This is Sao Paulo today, 4PM. The cloud from the burning of Amazon rainforest in Rondonia, covered the city. Sao Paulo is 3300km (2052 miles) distant from Boa Vista. Athens is closer to London than Sao Paulo is to Boa Vista. Just to give you an idea of the damage. pic.twitter.com/rVVBFFxPZS NEXT ARTICLE Stream Every 'Invader Zim' Episode to Get You Ready for the Netflix Special, Invader Zim: Enter the Florpus