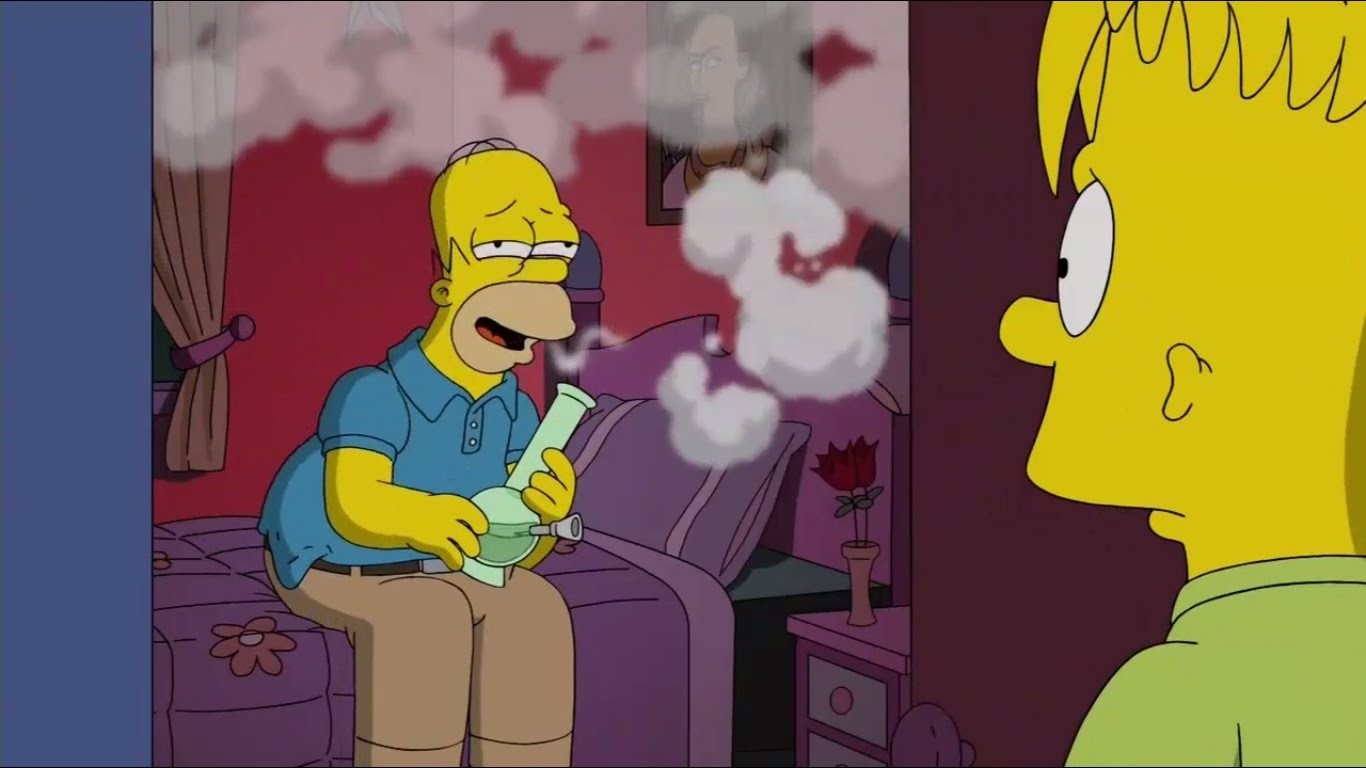 A couple of years ago, some kid created a Twitter account (@Homer_Marijuana), and one tweet at a time, he slowly authored what became a full 90-page screenplay of a dystopian Springfield, circa 2001 in the wake of 9/11, where all of your beloved Simpsons characters were complete stoners.

In this darkly absurd reimagining, Homer has become the drug lord of Springfield, Bart has been drafted and deployed to Iraq, Lisa and Maggie are a tortured Greek chorus, and Flanders has succumbed to being a second-hand smoking mooch.

Homer travels to Iraq to talk a militarized Bart into coming home.

With Twitter character limitations (140 at the time), only two or three lines of dialogue were featured per tweet, but thanks to the hard-working online community, someone arranged them all together in one massive script.

The power if not the total beauty of this randomness has now become pretty commonplace in the meme realm, where authors attribute unlikely personas to pop culture templates for an ultimately surreal effect, such as with Modern Seinfeld. But Simpsons Marijuana possessed an original edge with these animated icons by continuing a stream-of-consciousness improvisation that, when you get right down to it, was actually really well written and was featuring a truly compelling narrative, albeit a ridiculously absurd one. 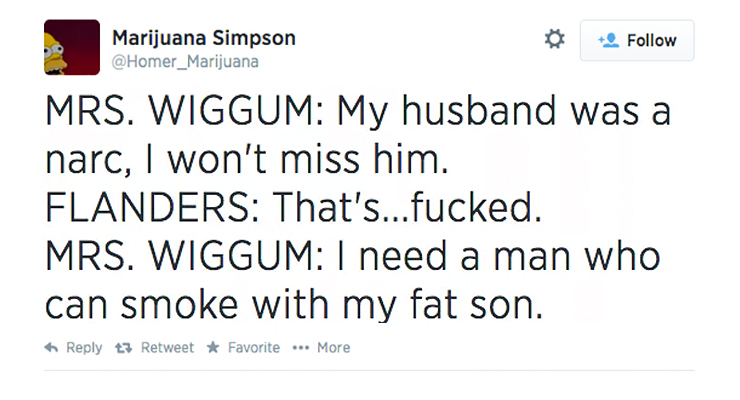 I urge readers to revisit this internet classic with a fresh set of eyes. It will easily reinstate your faith in the internet as a source of infinite possibilities and wonder. And the Simpsons. And marijuana. Check out two screen grabs of the full script below, and click here to read the whole thing. 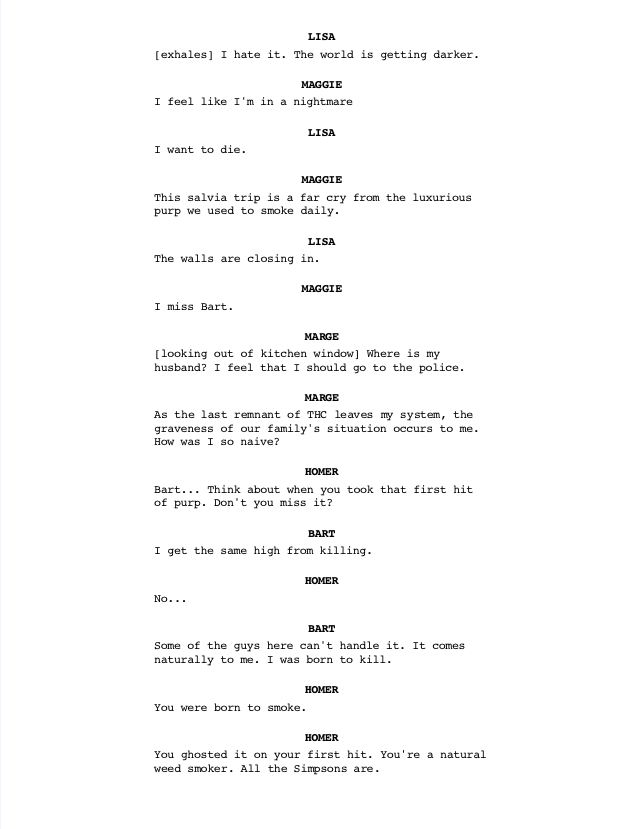 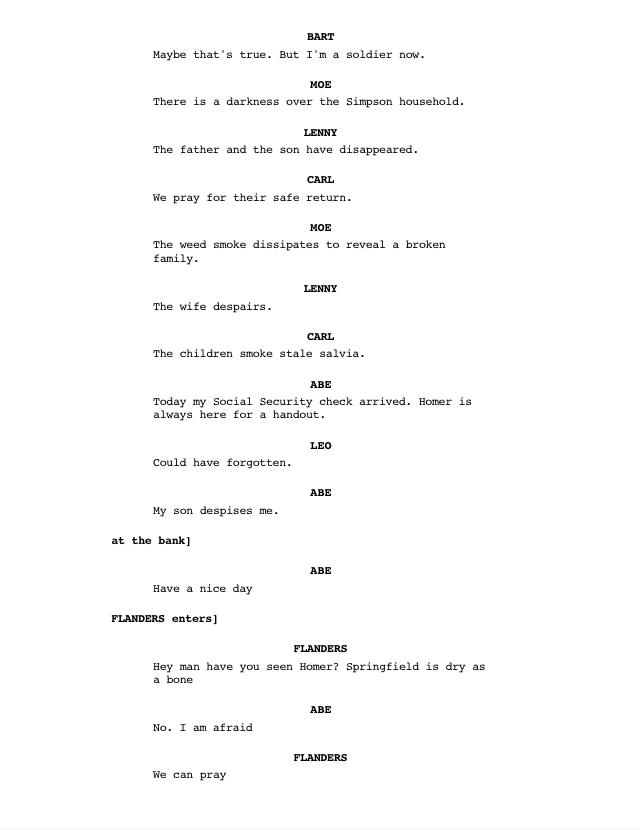 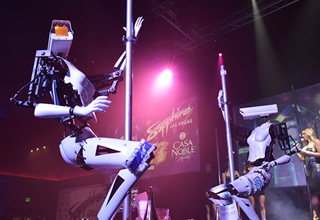 NEXT ARTICLE The Future is Now: Robot Strippers Debut in Las Vegas