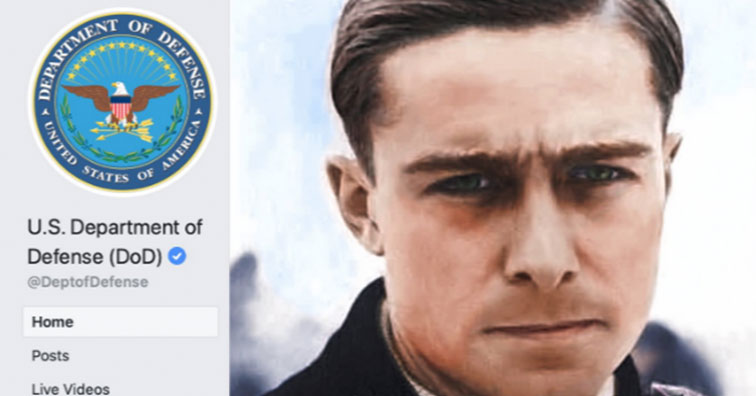 The Battle of The Bulge started on the 16th December 1944 and ended the 25th January 1945 and is remembered as one of the most important battles in WWII as it was the last major German offensive campaign of the war.

Well, yesterday in 'commemoration' of the battle, the Department of Defense posted a photo of famed Nazi war criminal Joachim Piper whose company slaughtered more than 80 US prisoners. 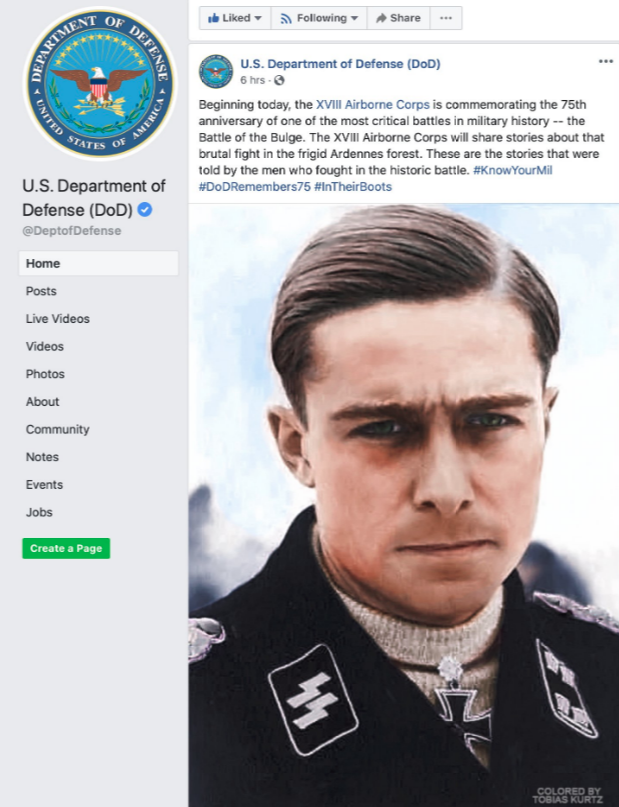 I mean, I'm not a historian but aren't we supposed to be remembering the other side of the war, you know, the side we fought on? So riddle me this, how did not just the DOD, but the XVIII Airborne Corps and the 10th Mountian Division all share this nice colorized photo of a Nazi war criminal. Must have been a mistake right? 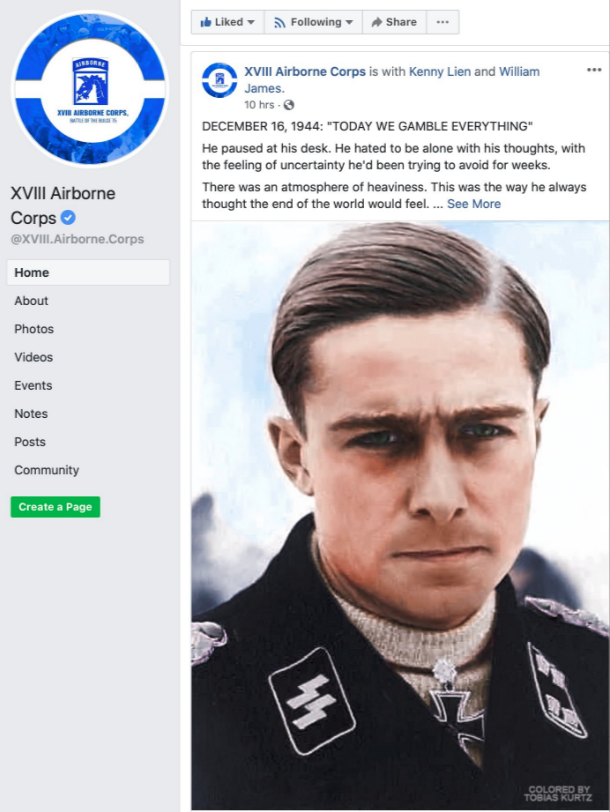 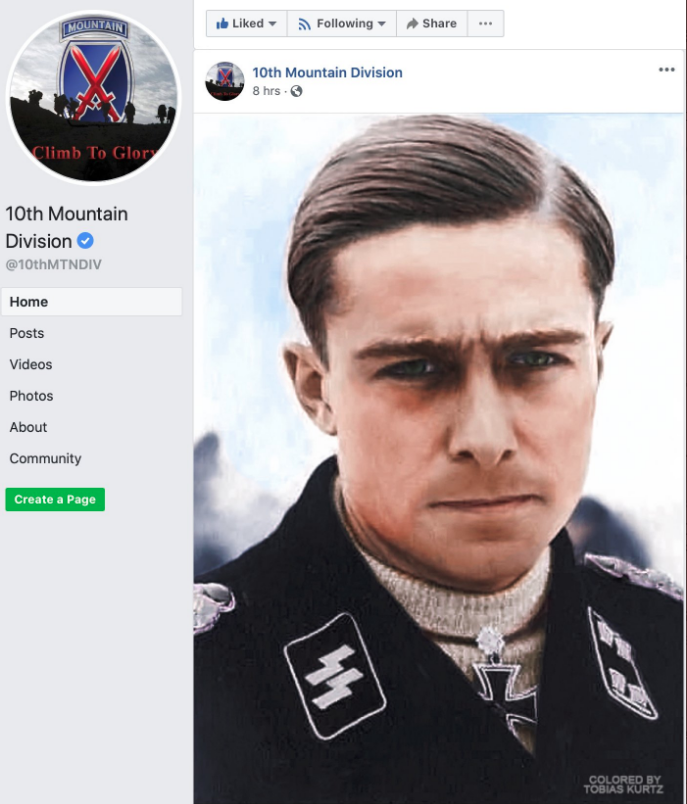 The posts have since been deleted, but not after a massive wave of backlash might just be beyond comprehension. Like someone had to go and find this picture and write a caption and at no point in time did they stop and think, oh shit, this day is about the other team.

No matter where you sit on the political spectrum, this is beyond disgusting and quite honestly pretty embarrassing. But maybe, just maybe it wasn't an accident, but a slip of the post, maybe this is who are government wants to remember on the anniversary of this crucial battle of WWII. Although, it wouldn't be the first time Americans have identified more with the losers than the winners of wars.

Joachim Peiper, the Nazi colorized and pictured on the DoD's official Facebook page, was given a death sentence for ordering the killing of POWs in WWII.

After 35 years, his sentence was commuted. He moved to France, where he burned to death when his home was molotov cocktail'd.

Really? A picture of a convicted Nazi war criminal as DoD's first photo choice on the 75th anniversary of the Ardennes battle? No other possible photo came to mind? https://t.co/zyC3b8Q1x8

There you stood, America.

Low on food.
Low on ammunition and medical supplies.

Outnumbered.
Five Nazis for each American.

In the dead of winter, they thought you'd surrender.
They thought they'd break through. 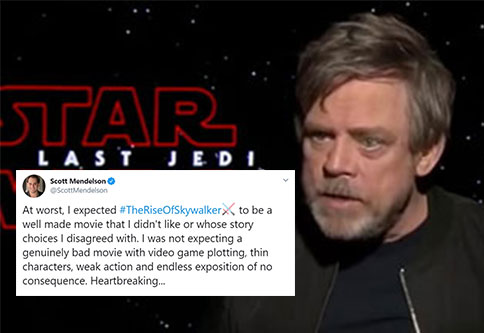 NEXT ARTICLE Early Reactions To Star Wars: The Rise Of Skywalker Are In