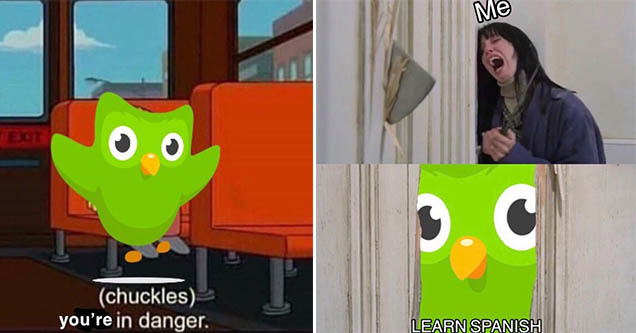 Duolingo is a language learning app and its mascot, Duo, is this cute green owl who reminds you daily to use the app. According to Know Your Meme, the Evil Duolingo Owl is "a series of parodies of the mascot for the language learning application Duolingo. In these memes, Duo, the Duolingo owl, is a dangerous teacher, who threatens users when they do not use the application." Here is the original meme created back in 2017. 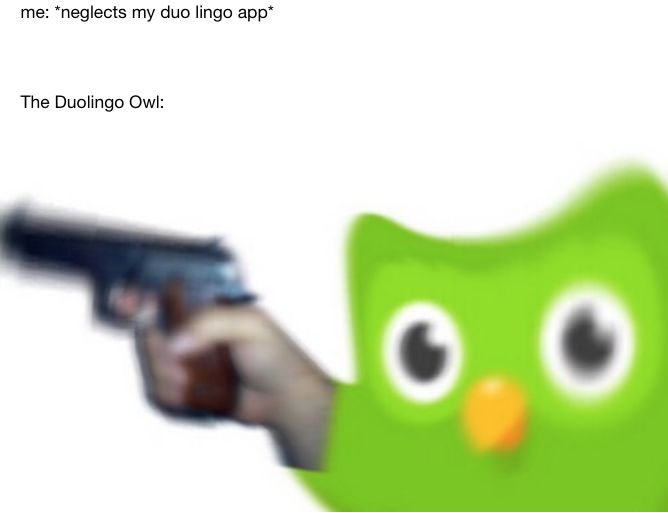 However, on March 26, the meme started trending after Duolingo posted this ominous tweet.

Since then the Internet has been taking the meme to new levels. Here are some of the best examples. 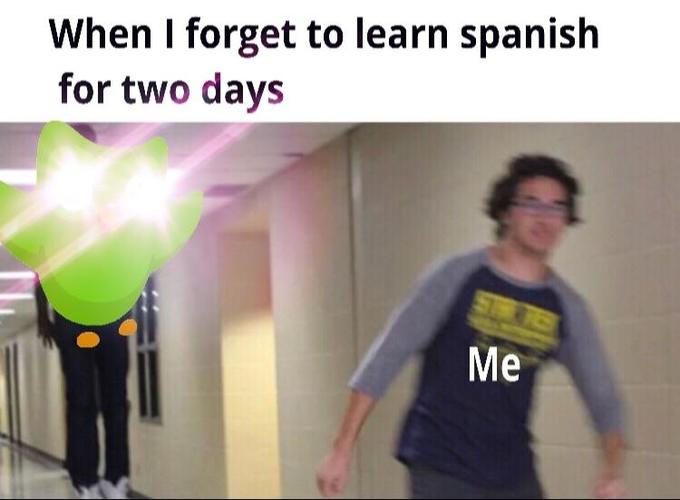 the duolingo owl when you try to skip a day of spanish  pic.twitter.com/nZonngFOIo

the duolingo owl when you try to skip a day of spanish  pic.twitter.com/nZonngFOIo

wife: there’s someone at the door

me: is it the duolingo owl?

me: [slams fist on table] IS IT THE DUOLINGO OWL

wife: it couldn-[looks outside] omg it is

me: [grabs shotgun] i knew this day would come https://t.co/XCz1u1EFNA

The duolingo owl waiting to attack when it's 11:59pm and I still haven't done my daily lesson pic.twitter.com/uQwzwzJJcv

Me: Hasn't been on duolingo for 24h
Duolingo owl: pic.twitter.com/56Z8aWPNKl

Me: misses one French lesson

Then on April 1, Duolingo posted this to Twitter and fueled the fire.

Introducing Duolingo Push! We're taking notifications out of your phone and into the real world. Yup: Duo the Owl will literally show up to remind you to practice so you never miss a lesson.

They are self aware

me: *forgets to practice italian*

the duolingo owl fucked my wife

Duo the Duolingo owl is my sleep paralysis demon pic.twitter.com/Ei9glxXD3A

Therapist: Duolingo Owl isnt real, its not going to hurt you.

the duolingo owl is a war killing machine. he will obliterate anything and anyone in his path. he will destroy everything he comes into contact with, and won't dare to stop until the blood of everyone who failed to complete their daily spanish lessons is smeared across the globe. https://t.co/ueL9cgKXG2

What do you think about Evil Duolingo Owl?

Want to find out more? 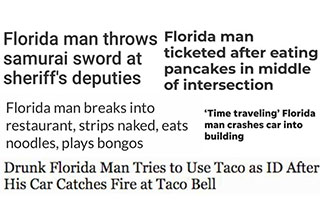