The dancing pallbearers meme—in which four guys bounce a coffin on their shoulders and then tragically drop it—may be the defining meme of this miserable year. But it's not new by any means, and the tradition is depicts is much older.

So as you continue seeing people use and abuse this sarcastically morbid meme, there's no better time to get to know what it means and where it actually comes from.

The dancing pallbearers emerged as meme material in 2015 when user Travelin Sister uploaded a video of a funeral they attended in Ghana. The video shows pallbearers dancing with the corpse-filled coffin as they carry it through village streets.

Funerals in Ghana, as well as other countries in Africa, are treated as more celebrations than mournings. Attendees are expected to dance, sing, and express their feelings about the person they just lost. 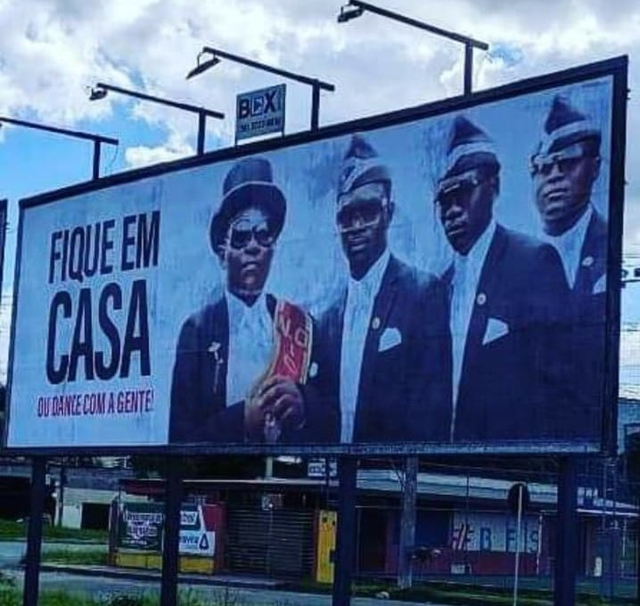 The idea is to demonstrate how much joy that person brought to others during their life, so the bigger the party, the better. Some funerals in Ghana may cost as much as weddings, and it's not uncommon for people to choose elaborate and somewhat odd designs for their coffins.

Coffins made to look like giant Coca-Cola bottles or leather dress shoes are not unheard of.

So in this situation, the pallbearers are sort of in charge of leading the dancing and keeping the positive energy up.

But that original 2015 video, and later ones uploaded in 2017 and 2018, would have to wait until a special dancing pallbearer video was uploaded before they would be turned into our current meme.

The original use of the falling pallbearers in a meme is unverified, but this example of a skier landing on his head, mixed with the EDM song "Astronomia," is the earliest version available.

It soon took off as a way to emphasize how badly someone got hurt or embarrassed, and now footage from all kinds of dancing pallbearer videos is being memed up.

made one of those pallbearer “mem”es everyone keeps talking about pic.twitter.com/mdwrOdwanA

But what's great about it is its versatility. It can help mock all kinds of misfortune.

The dancing pallbearers meme definitely works best at the end of a video, but if you're feeling lazy and just want to GIF it, here's a good gallery to choose from.

There's even an Instagram Filter for anyone who's feeling positively bleak themselves. 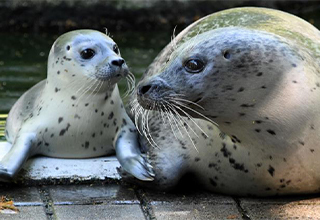