It all started when on Sunday twitter user @Ibelievthehype threw a pair of vans on the ground and made the claim that no matter how you threw your Vans shoes they would always land on their feet.

Did you know it doesn’t matter how you throw your vans they will land facing up pic.twitter.com/nKVJCncW4H

People were quite taken aback by the discovery and quickly wanted to test out the newfound theory using their own shoes.

I’VE NEVER BEEN SO ENTERTAINED pic.twitter.com/kkcNyDvtpH

i was pretty sure it was a scam until i tried it myself,, wow pic.twitter.com/IRkbAJ8dnE

Some people took to the streets to really give the shoes some height on their throws.

So I felt y’all were throwing them to soft so I went outside and.. pic.twitter.com/7LS5EI55Lu

The Vans Company hasn't commented on what kind of exact witchcraft they use to make their shoes act as though they do not subscribe to the laws of physics, but some people claim to have evidence that the rule is not infallible. 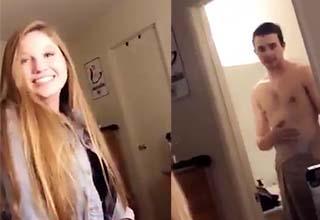