Fans of the new Netflix series, Monster: The Jeffrey Dahmer Story are calling the show “unsettling,” though they aren’t the only ones reacting to the retelling of the famous serial killer’s disturbing life. Dahmer, also known as the Milwaukee Monster, murdered 17 men of various ages, often dismembering them and committing sexual assault, necrophilia, and cannibalism.

Jeffrey Dahmer is played by Evan Peters, and viewers, some directly related to Dahmer's victims and some not, have a lot to say about Dahmer’s killing spree that took place during the late 1970s and into the early 90s.

me watching the jeffery dahmer series on netflix #DahmerNetflix pic.twitter.com/R2lYnl8dez

as someone who has interest in “true crime”, this is despicable. movies/docs should never be made about real life killers/victims unless they have explicit permission from the victims families and those families give permission to everything that’s included. and one is enough.

True crime media is a huge business and thrives off the pain and re-traumatization of victims and their families. I encourage everyone to consider these real human beings when you choose your entertainment and ask yourself how you'd feel if you were in the same situation. https://t.co/0CC17cWKgH

Amongst Dahmer’s victims was Errol Lindsey, whose family has spoken on the series, claiming they were never notified about the show’s creation. A reenactment of Rita Isbell’s, Lindsey’s sister, victim impact statement is even featured in the show:

Isbell explains that the show forces victim’s families to relive the horrible actions Dahmer took against his victims, and is an act of monetary greed on Netflix’s part.

#DahmerNetflix is out, let’s not romanticize Jeffrey Dahmer just because he is played by Evan Peters.
Remember the victims.
A tread about each victim and who they were. pic.twitter.com/3NAZpG40Dq

Many are on the same page as Isbell, including her own cousin, who explains that shows like this are simply “retraumatizing over and over again, and for what? How many movies/shows/ documentaries do we need?” :

I’m not telling anyone what to watch, I know true crime media is huge rn, but if you’re actually curious about the victims, my family (the Isbell’s) are pissed about this show. It’s retraumatizing over and over again, and for what? How many movies/shows/documentaries do we need? https://t.co/CRQjXWAvjx

Others are finding it infuriating that Netflix chose this particular scene to advertise the series:

It’s bad enough that this revolting @ryanmurphyprod show was made in the first place, but now @netflix is advertising it by dramatizing the violent rape and murder of a 14 year old boy? https://t.co/XLckT4Z57e

Movies about Dahmer have been made already, including My Friend Dahmer, and Raising Jeffery Dahmer, to name just a few. And while we cannot comment on how studios typically handle these types of situations, we'd assume a phone call to those being portrayed in a major network television show would be warranted, if not mandatory on behalf of Netflix. 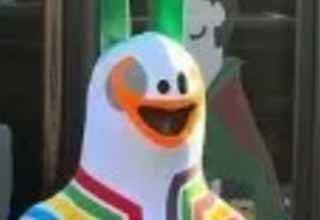