In June 2022, Twitch streamer GutKnott posted a video to herself on Tiktok where she is seen climbing onto a combine harvester set to the song "International Harvester" by Craig Morgan. The video quickly gained popularity, receiving over three million views in just a few days, and she was dubbed the 'Goth Girl Farmer.'

A photo was then posted to Twitter by Spinachbrah of GutKnott on the combine tractor, which received over 150,000 likes in just a few days. 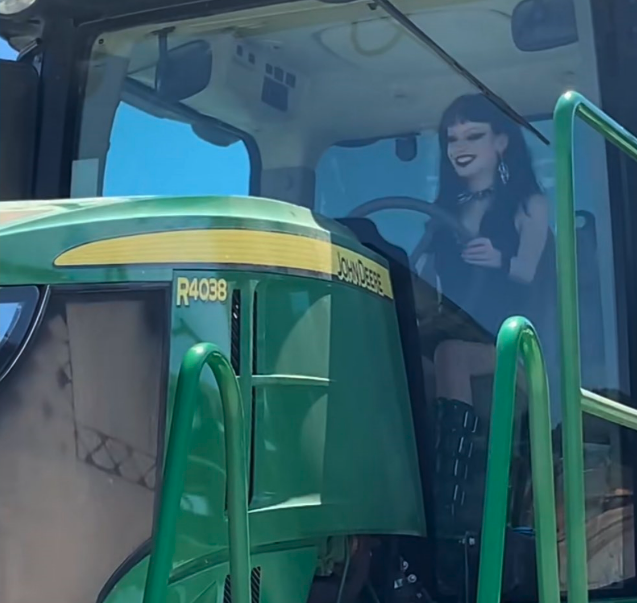 As the video and photo circulated online, many fans of the goth farmer created memes and jokes about wanting a goth farmer girlfriend. The popular meme, "Is It Really Possible for an Emo Girl and a Country Boy to Be in a Relationship?" was referenced, with people saying the video of GutKnott proves that it is possible to have an emo girlfriend as a country boy.

I’m a farmer she a goth girl. Let me pick you up in my pick up truck for that kitty cat 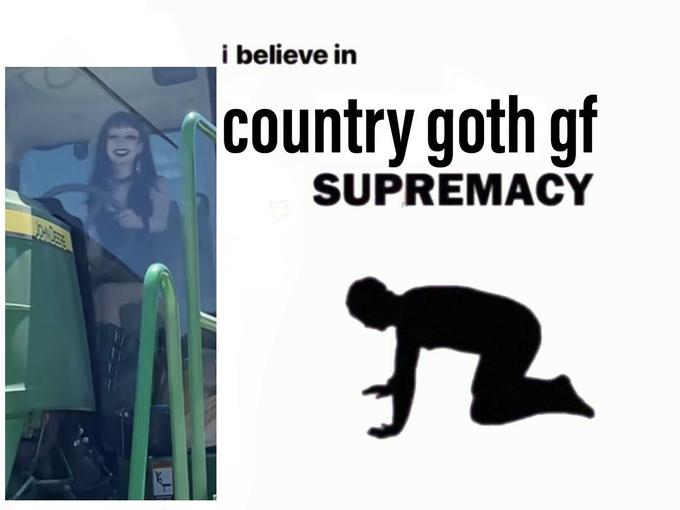 One user even created his own fan art of GutKnott riding her tractor. 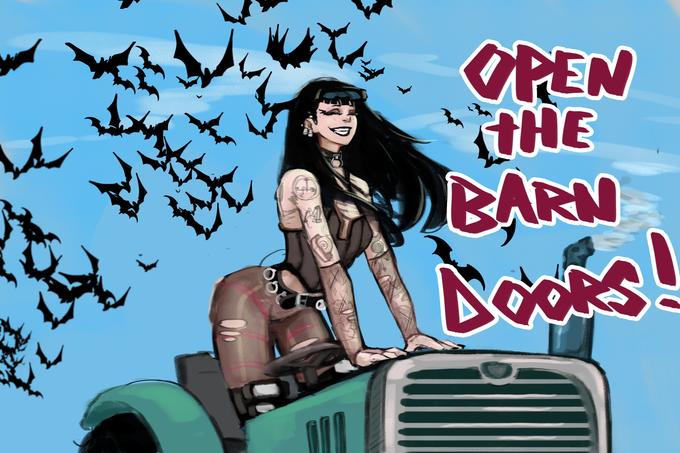 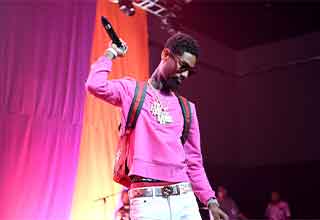