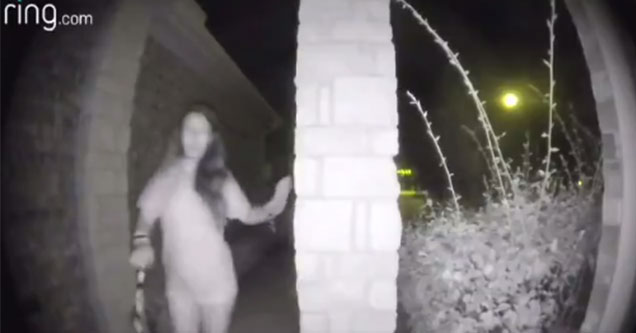 A disturbing video surfaced the other day of a woman in Montgomery, Texas going door to door at three in the morning while wearing nothing but a tee-shirt and what appears to be shackles on her wrists.

Who is this mystery woman? Is she in trouble? A Texas neighborhood is praying for answers after this strange doorbell video goes viral. Retweet this footage. They're trying to figure out her identity. Read more on the bizarre story here -> https://t.co/VS1o2JFUtg. #abc13 #hounews pic.twitter.com/68uh86l8AE

Just today the Montgomery County Sheriff's Department responded to a suicide in the same neighbourhood where the woman was going door to door. Police have said they believe the suicide victim they found today is the boyfriend of the woman in the video yet have not released any further information. There are still some questions about the timeline of the events and police are still conducting their investigation so updates will come as they are made public.

Editors Note: An earlier version of this story said the woman was still missing but she has since been found. 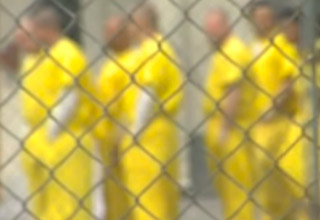