As the end of the year draws near, most of us take a look back at the special moments in our lives, as well as the crazy events, news, and happenings of the year. 2018 had no shortage of shocking moments, heroic people, and WTF news headlines.

From a stranded soccer team rescued from a cave, Facebook's data breach, North Korea denuclearization, all the way to lettuce exacting its revenge on mankind, this year was definitely a crazy one.

With 2018 winding down, let's take a look at the top videos featured on the site from the previous year.

#1 - Dude's Package Thief Glitter Bomb Goes Off Without a Hitch

Kicking off the list is a bit of instant-karma for would be package thieves. Not surprisingly at the top of the list as there is just something so satisfying about watching people get their "comeuppance", this video however is the newest / most recently featured item on the list.

Coming in at a strong second, this hilarious video may be a bit "juvenile" in its humor offering, but it's still hilarious and the reactions of the staff are great.  Check out our selection of funny videos here.

Believe it or not, the "fictional" Camp Crystal Lake from the Friday the 13th that Jason Voorhees resides in is actually a real place in Minnesota. Two guys built and planted a statue of the serial killer underwater and it has probably been scaring the shit out of divers, swimmers, and boaters ever since!  Check out our selection of prank videos here.

Back in March, a malfunctioning ski lift at a resort in the country of Georgia gave its riders and passengers a terrifying experience when it began running at an out of control speed sending some people flying through the air and others running for cover.

Hornets are one those pests you want to get rid of... but from a safe distance.  This guy used his drones to literally chop a Hornet's nest to smithereens.

Can't really say I blame the guy for wanting to admire the lovely scenery in front of him, but he probably should have at least recorded a few minutes of his daughters dance recital. Either way, thank you sir.

Anyone setting a world record is an impressive achievement, but there's just something extra special when it's an actor or celebrity.  Even if you have no clue who he is, you can't help but be amazed at this beast of a human being.

#8 - Idiot Attempts the 'Hot Coil Challenge' and Pays the Price

When it comes to stupidity, mankind's abundance of it is pretty much unlimited. This genius is no exception to the rule.  Check out our painful selection of OUCH videos here.

Tragedy struck on March 15th when a 174 foot section of the pedestrian walkway FIU bridge collapsed crushing 8 vehicles, 7 of which were occupied.  The collapse was blamed on design flaws and would ultimately claim 7 people's lives.

#10 - Obnoxious Twitch Streamer Gets Owned During Her Live Stream

Last but not least we have a dose of public humiliation.  A bikini clad live-streamer gets shut down by an older man who tells the young woman exactly what he thinks about her.

Well that's all for now folks, I hope you enjoyed the trip down the memory lane of eBaum's World 2018.  Stay tuned for some exciting stuff in 2019 and have a great rest of 2018! 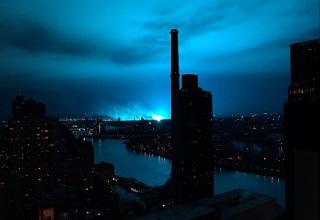