The decade is coming to a close and there have been a lot of changes in the world, the internet, and on eBaum's World during that time, so we wanted to take a minute and look back over the past 10 years and see what some of the top featured videos on the site were.

Who could forget the annoying fad that girls were (and some still are) doing in photos by puffing their lips out making a duck face?  Someone finally had enough and made this video as a "tribute" to what they hate.

Made by our very own imthegenius when juvenile fart humor was at its finest.  A video of a hippo taking a dump in front of a crowd at the zoo was transformed by one timeless tool... the long fart sound effect.

In this funny segment from an episode of Jimmy Kimmel live, they tricked kids and got some hilarious reactions by hooking them up to a fake lie detector test and even buzzing some of their "true" answers as false.

2013 - "Black Guy Brings His White Girlfriend to a Harlem Barbershop"

In an episode of "What Would You Do", three actors play out a racist scene in a barbershop to gauge people's reactions.  The customers give the barber an earful for dating a white woman, and also give his girlfriend a hard time as well.  One of the customers stand's up for the woman and shames others for their actions in what becomes a learning moment for all involved.

2014 - "The Greatest Paper Airplane Throw of All Time"

This video went viral in 2014 and shows someone in the upper stands at a soccer (football) stadium lob an airplane that floats all the way down onto the field before crashing into a player on the ground.

On 12 August 2015, a series of explosions killed 173 people and injured hundreds of others at a container storage station at the Port of Tianjin. The first two explosions occurred within 30 seconds of each other at the facility, which is located in the Binhai New Area of Tianjin, China. This video of the aftermath showed the true devastation of the explosions.

During his comedy show, Steve Hofstetter had to deal with a mom who was angry about a joke.  She made the classic mistake of getting into a confrontation with him and was subsequently owned in front of the entire audience.

A hidden outdoor camera was placed along a wildlife trail in the woods and captured all sorts of animals and their activities.  From bears, to wolves, to deer, animals are seen feeding, playing, and passing through the area. The chill pacing of this video along with the folksy background music make it an interesting and relaxing watch.

2018 - "Dude's Package Thief Glitter Bomb Goes Off Without a Hitch"

Porch Pirates have been something that have plagued society since the invention of the home parcel delivery.  This guy had enough of dealing with his packages being stolen so he devised a clever invention that would leave any would-be thief with an epic mess of glitter to clean up, and we all know how much of a pain in the ass that is.

Pets make our lives much more enjoyable in many ways.  From companionship to a sense of purpose, life with a pet is often full of funny and surprising moments as these people found out when their dog ripped a long nasty fart, resulting in the cat getting sick. I bet that whole room smelled pretty gnarly after that!

**This list was compiled from historical data, some videos were no longer available or did not meet our current editorial guidelines to be in this list.** 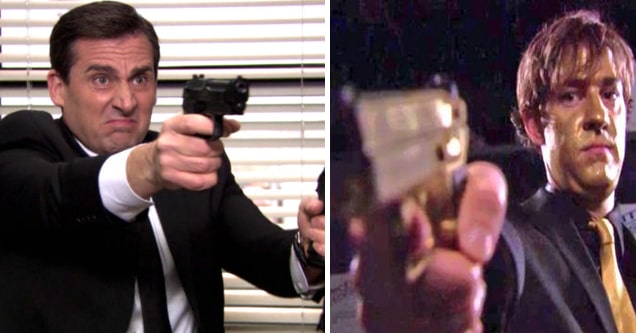