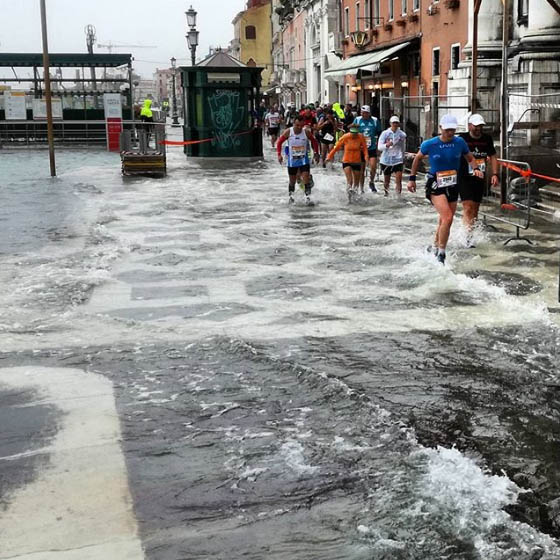 Runners reaching the end of a difficult marathon in Venice, Italy suddenly faced a new challenge. A high tide mixed with wind and rain gave the runners a foot or so of water to wade through. The conditions gave birth to many surreal scenes.

Almost more impressive than the runners were the people who stood around to... watch running? Don't you have anything better to do with your day?

Look at that para-athlete go.

This is not the first time the Venetian marathon has been a bit of a sh*t show. Last year's race faced a mishap when runners were directed off-course by a motorcycle guide by a few hundred meters. The result was that an Italian man, Eyob Faniel, was the first to win the race for his country in over twenty years. That's not suspicious at all, Venice. You wet mess.

This year's winners were Ethiopia's Mekuant Ayenew Gebre for the men at 2:13:13 and Kenya's Angela Tanui for the women at 2:31:30.

Since the race, conditions have not improved. Venice is currently in a "code red" scenario facing the worst flooding the city has seen since 2012. The famous Saint Mark's Square is completely underwater. 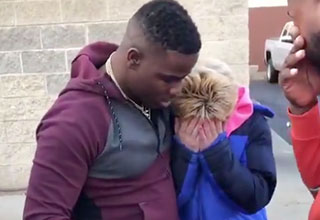