New York City's subway is always a hot mess, but with reduced service and fewer passengers due to the citywide lockdown, the trains have become filthier than ever.

While the city tries to deal with being the global hotspot for COVID-19, services for the homeless have lagged behind, leading many homeless people to basically take over trains as ad hoc shelters. 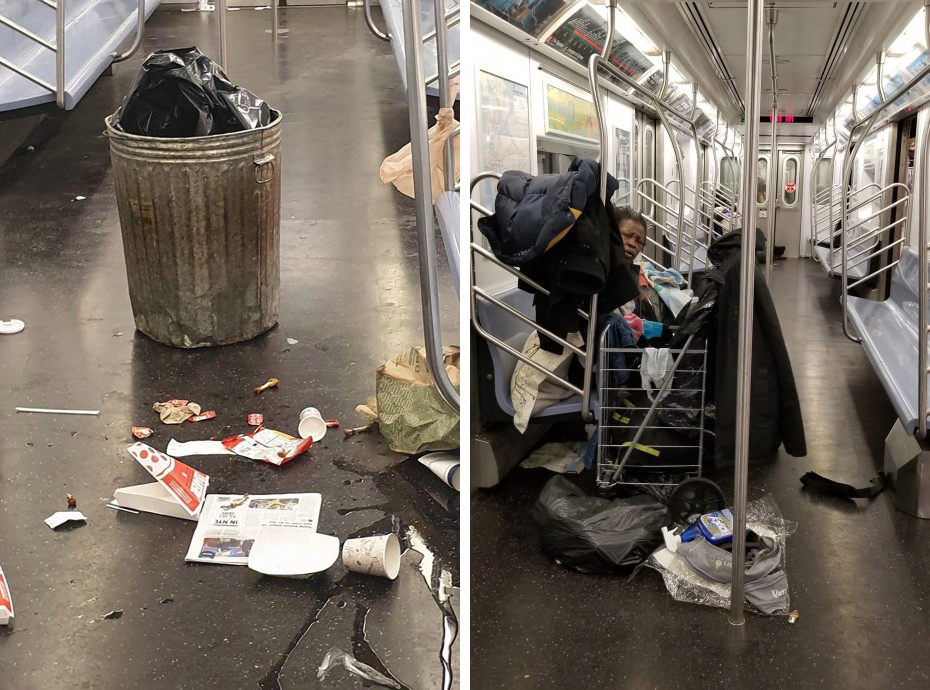 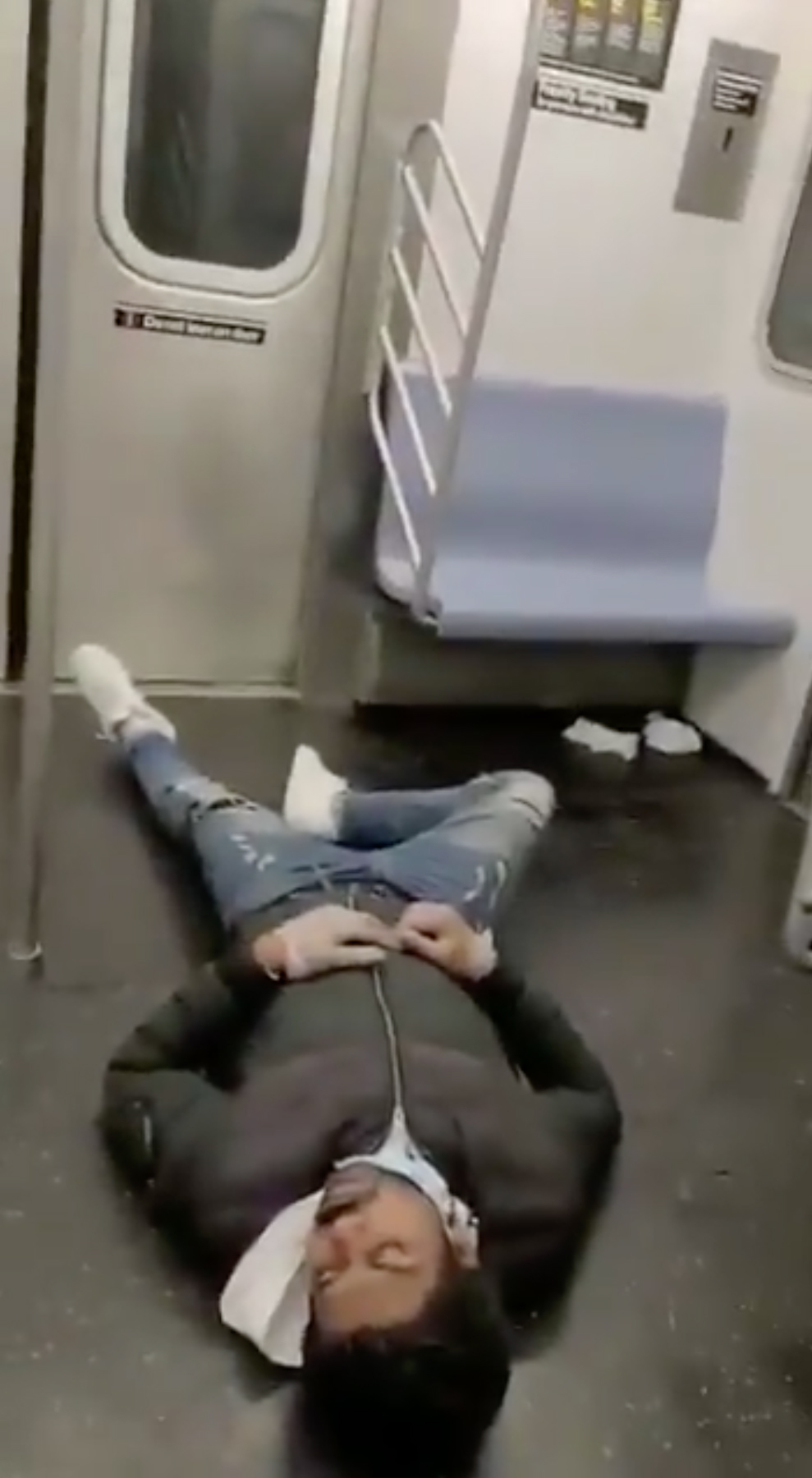 guy passed out on a train

MTA employees have shared videos of homeless people sprawled out over multiple cars and passed out on the floor. Photos show entire trashcans and shopping carts filling up cars otherwise packed with commuters.

The most disturbing photo shows a man holding his legs up in the air, openly pooping on a bench. It's too graphic to show, but here's the link if you really want to see. [Warning: graphic content]

@seanhannity Mr Hannity I emailed your show last night, about the homeless situation on the NYC subway system I hope you will be able to show America what transit workers have to put up with on a daily basis. pic.twitter.com/NXyLqhj0op

Subway workers feel unsafe and unheard, while Mayor de Blasio says these conditions are basically par for the course.

“This [is the] reality of homelessness in general, homelessness on the subways has been with us for decades." 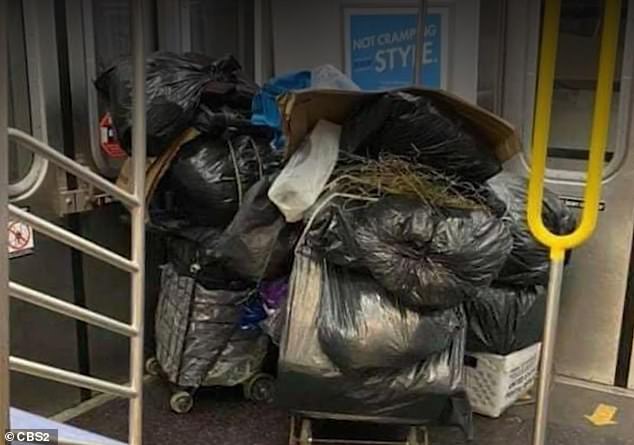 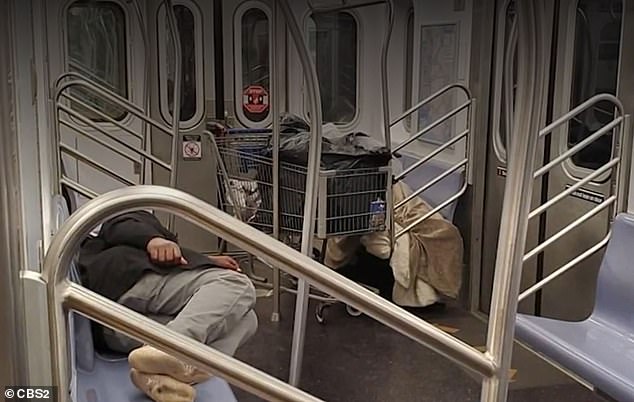 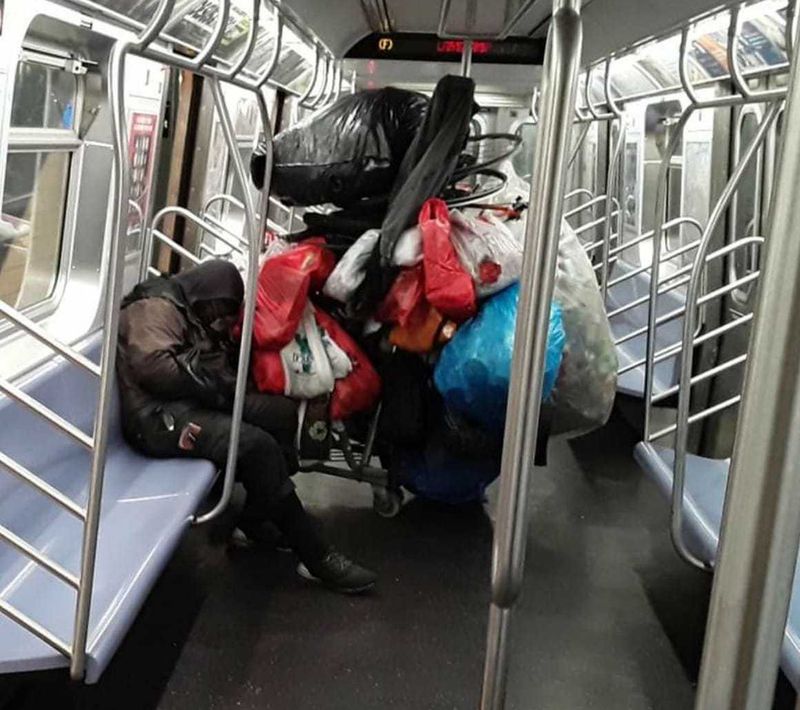 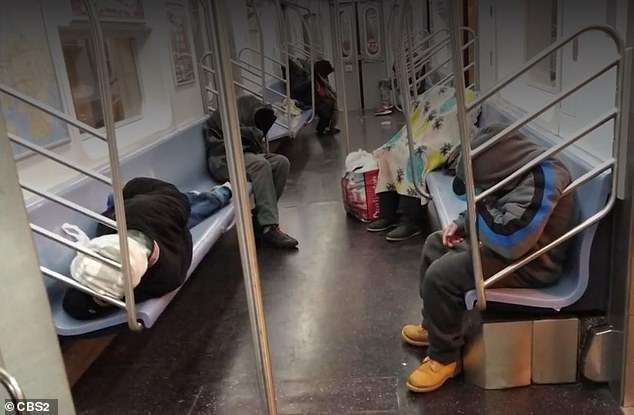 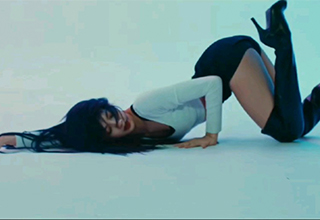 NEXT ARTICLE K-Pop Star is Going Viral Thanks to Her Legs Becoming A "Did it Work?" Meme