Marvel's latest creation just landed a solid opening weekend. $143 Million debut is nothing to frown at. But money isn't everything. Fans of the MCU, and of the character of Thor specifically are most definitely torn. With Taika Waititi back in the director's chair, the Thor arc is much different than the initial two movies.

Taika Waititi and Tessa Thompson poke fun at #ThorLoveAndThunder’s editing and CGI in this excerpt from a Vanity Fair interview pic.twitter.com/KKTW2UvaRW

That's actress Tessa Thompson, alongside Waititi and they are legitimately making fun of their own movie. Do fans take these MCU films way too seriously? Yes. Are movies supposed to be fun? Absolutely. But figuratively taking a massive sh*t on the work of editors and SFX teams of YOUR OWN movie??? Come on now.

So if this is how an actress and director feel about the film, what say we take a gander at the Twitter reactions.

I hate how Thor Love and Thunder just brushed over Thor’s weight loss and mental health journey from Endgame to now. All for a “he doesn’t skip leg day” joke. pic.twitter.com/OWU5N7EgLK

There we go. If you're gonna go super deep and throw Thor into the darkest period of his life in 'Endgame' you have to respect that moving forward. Clearly Waititi does not.

Thor: Love and Thunder was fun and I enjoyed it overall. The biggest highlight for me was Christian Bale’s Gorr the God Butcher. He was mesmerizing. He’s got some really kickass and creepy scenes. I thoroughly enjoyed every second he was on screen.#ThorLoveAndThunder #Gorr pic.twitter.com/adorbFTyz9

If there's one winner, it's Christian Bale.

THOR: LOVE AND THUNDER is one of the messiest and most ill-conceived movies I've seen in years. It's a cosmic circus of try-hard cringe that bizarrely tries to connect heavy themes about death, god and love to nonstop pubescent humor and series-low visuals. I wished I liked this. pic.twitter.com/SW3Gi88WDa

“Thor Love and Thunder is the worst movie ever in the history of cinema. Now if you’ll excuse me I have to get dressed up in my tux to go see Minions Rise of Gru for the third time.”

• Why has Thor become such a simpleton?
• Zero balance, not dark enough
• Actually felt like a parody
• Bale decent, creepy, needed more
• 4 mins of magic
• Underwhelming

Not scathing but not friendly.

thor love and thunder had comedy, romance, amazing fight scenes, great chemistry between the characters, impacting scenes, EVERYTHING WAS GREAT????

y'all just don't like to have fun, i loved every second and i wanna watch it again soon #ThorLoverAndThunder pic.twitter.com/EAO5nZB2bK

Look, if you don't like having fun maybe this movie just isn't for you. And you know what? That's perfectly okay!

Ahhhh, there it is.

I personally feel as though the peak of the MCU happened at 'Endgame.' I've lost interest and even stopped caring about what happens to these characters moving forward. But if you're looking to see another dark installment of the Thor franchise, I'd avoid this one. 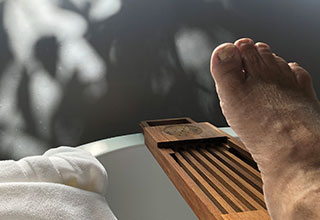