"Oh my god, Jon Bon Jovi dead at 60." In shock and denial, a woman shrieks, "F**k! Sorry, excuse me please!" Welcome to the latest TikTok trend where users prank their parents by telling them that their favorite celebrity has just died. This is what the internet was made for.

From Bruce Springsteen to Zac Efron, Obama to Oprah. Kids had their parents in absolute shambles. Who knew Jon Bon Jovi had this much of a stronghold on the suburban mothers of the world?

Telling your family that Justin Bieber died of an overdose is honestly pretty believable, making this prank even crueler.

Starting a fight between your parents WHILE your dad is driving? Worth it. "Holy shit. Derek Jeter dead at 48." But the best one of all was still yet to come. How are you gonna do a die-hard rock and roll/metal fan like this? Especially when they're your own mother. RIP Ozzy Osbourne.

Well, I hope you're happy. Many Christmases were ruined this year by TikTok. How is my mom ever going to recover from Garth Brooks dying after getting into a car crash on Christmas Eve? He was literally just driving to see his family. His wife is fine though. 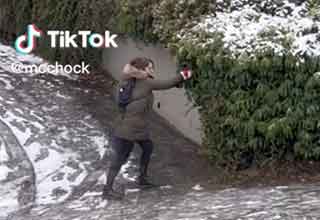