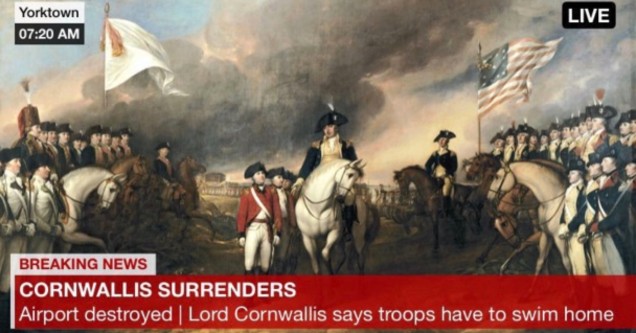 During President Donald Trump's Independence Day speech included a line about how the U.S. Army took over airports during the Revolutionary War. He claimed the mistake was due to a Teleprompter issue, but it doesn't matter because his gaffe has spawned some of the most hilarious memes and reactions on Twitter.

Here is the clip from his speech:

Y’all, Y’ALL, he said our army took over the airports during the....

This is the line that had Twitter going wild:

“Our Army manned the air, it rammed the ramparts, it took over airports, it did everything it had to do”

Hashtag #RevolutionaryWarAirports quickly took over Twitter with people posting funny photoshops and memes of planes during the Revolutionary War as well as humorous fake letters written by soldiers.

One if by Land.
Two if by Sea.
Three if by the Delta Shuttle from LaGuardia.

Whoever edited the wiki of Washington crossing the Delaware  - you are genius - and a very stable one at that! #RevolutionaryWarAirports pic.twitter.com/D9xRtSU2ma

New York's Laguardia airport is one of the old Revolutionary War airfields. It is named after New York Mayor Giuliani Laguardia, who famously declared: "An airport is not an airport!"#RevolutionaryWarAirports

We missed out flight when the TSA discovered my musket hidden in my carry on bag.

Also, I couldn’t get my cell phone to charge because electricity hasn’t been invented yet. #RevolutionaryWarAirports

The situation at ye Olde Laguardia Airporte is untenable. Amparts and ramparts clogging metal detectors, and a scrum has begun betwixt Kanye of Cornwallis and Frederick Douglass.

I may not make it to Bowling Green.

I WASN'T wrong when I said the Continental Army took the airports from the British during that war! I've seen those airports - JFK, LaGuardia, OHare Heathrow! HUGE runways! MANY airplanes! Theres NO WAY General Washington would let the British keep them! #RevolutionaryWarAirports

It was the most hellish of flights across the Potomac. I sat beside a gentleman extolling the virtues of The Mad king. He wore a red cap emblazoned with the slogan ‘Make the Colonies Great Again’.Next time I‘ll take a boat.

Another historical tidbit you may not know:

During the Revolutionary War, John and Sam Adams defended the taxi stands of Boston with great courage and conviction.  #RevolutionaryWarAirports #TrumpSpeech #TrumpParadeFail

The tide turned against the British when their gunpowder was re-routed through Newark and arrived at the wrong carousel at LaGuardia. They only received a voucher for 5 shillings for the inconvenience, sealing their fate against the Continental Army. #RevolutionaryWarAirports pic.twitter.com/NW6hSDD8Z8

I’ve been enjoying reading these tweets, so I asked my slightly more tech-savvy Manager to help me create my own Meme. First one ever, so cut me some slack! #RevolutionaryWarAirports pic.twitter.com/TtAYeh0sKP

This morning Washington’s men seized the airport of JFK.

Our loyal men bravely stood their grounds within the customs and excise. Alas the airport was lost.

Delays at JFK.
Anticipate gate change snafus at O’Hare.
Supplies are dwindling.
Down to only Corn Nuts.
Thank God they’re Nacho Cheese.
Morale is low.
Afraid only an upgrade to business will lift troop spirits.

All is lost, especially my satchel. The flight wench is out of mead, and the privy is a-shambles. War is hell.#RevolutionaryWarAirports

Dearest Eliza,
The men are near mutiny. The 4 ounce liquid limit means their rum ration has been severely curtailed. We may not survive this campaign.

On behalf of General Washington and the entire crew, welcome aboard  Continental Airlines flight 1776, with non-stop service to Yorktown and  continuing on to Fort McHenry. #RevolutionaryWarAirports

Ah, The good old day of 1776. When planes ran on time and you didn’t have to check your muskets before boarding the plane. #RevolutionaryWarAirports

Alas, there is good news as well as bad news.  The good news is that we have taken the airfield in Boston.

The bad news is that the airport vending machines are empty of all but hardtack. War is hell.#RevolutionaryWarAirports

These Americans truly are savages. Gate 2C's Starbucks carries nary almond nor soy milk and I fear our lactaid supplies shant last the night.
- Horace#RevolutionaryWarAirports

My Dearest Miles, our trunks were lost, the lanterns signaling the approach were taken by some fellow on a horse, and the poor  quality food left poor Abigail in some distress. I was unable to go past security in my wig. I'm never flying again#RevolutionaryWarAirports

United lost my luggage again. Purchased provisions from a Tory chap who provided me with a spot of tea and crumpets. Lord Cornwallis says we rise early in the morn, as TSA lines at Logan are reputed for their length.

This has me laughing and then crying for our country...jeez, is @POTUS @realDonaldTrump really that oblivious to what’s on the TelePrompTer? Insert you’re own Ron Burgundy joke here <> #RevolutionaryWarAirports pic.twitter.com/oIHBMcjPPW

Be assured that I am well and in good spirits. We were able to secure the control tower at Orville Wright airport. I was able to obtain a Skymall catalog and am sending my younger brother a pair of 3D virtual reality glasses.

I believe we are done for. We have word the French fleet is lost. We can only pray that by God's grace, Washington's men arrive on the red-eye from La Guardia on the morrow. Or by noon if there's a connecting flight through Charlotte.

"I feel the need, the need for speed." - Alexander "Maverick" Hamilton  #RevolutionaryWarAirports pic.twitter.com/gWXojzv3YC 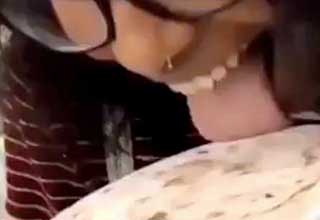