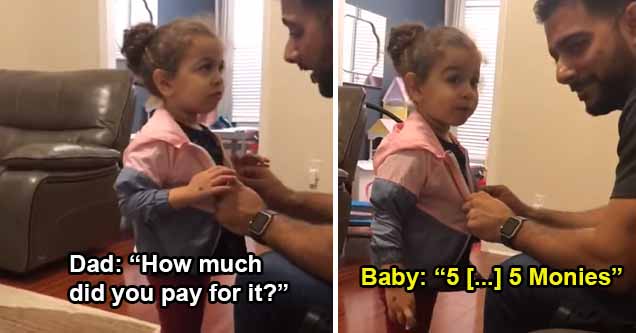 A young girl named Mila was caught red-handed by her parents recently after she came home with a jacket that very obviously didn't belong to her. When her dad pressed her for details, like where she got it from and how much she paid, Mila calmly informs him that the jacket was bought from "the Jacket Store" for the very reasonable sum of "5 monies."

The video was posted to YouTube by Mila's aunt, Samaraa, who followed up that video with a quick Twitter poll about the origins of the jacket. It wasn't long before Twitter came to the klepto cutie's defense:

I too have paid 5 monies on the jacket store before so I feel like you should leave her alone pic.twitter.com/7ProH5q9Pu

She totally bought it herself at the jacket store in the mall. 5 monies. I heard it myself. pic.twitter.com/YPkmGoFh5a

Connor doesn't want a pink jacket so he sold it to her for 5 monies. PeriodT! pic.twitter.com/KTN6KUtEnh

Ummmm, y’all might want to have that talk with Mika before she starts .... pic.twitter.com/WkeeoLpWCV

Samaraa also clarified that they knew the jacket belonged to Mila's classmate the whole time, and the whole issue was resolved without any bad blood: 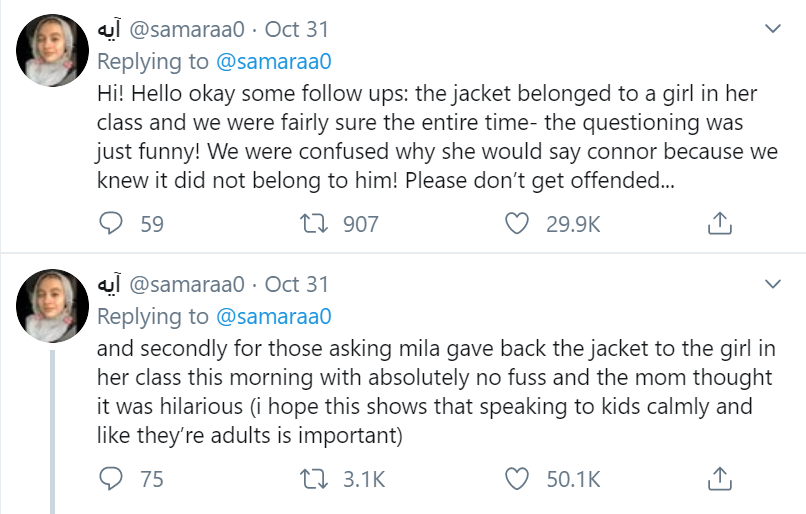 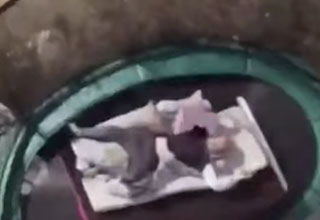 NEXT ARTICLE The Trampoline Ghost Video That's Freaking Out The Internet