Actress, writer, and author Mindy Kaling was on Good Morning America recently, and she had some strong opinions when asked about her character, Kelly from The Office. Kaling stated that most of the characters from the show including her own, would probably be cancelled today.

With little hesitation, the internet clapped back at the idea that cancel culture would eventually come for Michael Scott, Dwight Schrute, and the rest of the Dunder Mifflin staff.

The show that the "Overly sensitive" generations use as a comfort show would be canceled today?
Really? Must be a slow news day

??? it airs daily on comedy central for like 6 straight hours ???

NBC made the Peacock streaming service for the sole purpose of getting people to pay to watch The Office reruns.

Speaking of Always Sunny, let's not forget the time that Kaling was cast in an episode of the FX hit television show. Her character literally sold a wine called 'Liberal Tears.'

mindy kaling was on it’s always sunny in 2018 at the height of the trump administration called “the gang makes paddy’s great again” where she sold wine called “liberal tears.” it ends with her being kicked out of the group bc of a sex doll

She may not have meant to but she just sounds like many aging comics when they complain about younger people not getting their jokes.

The famously appropriate South Park is onto 25 seasons

When asked about what age she plans on introducing The Office to her children, Kaling stated "maybe never." Talk about an all out overreaction. Oh to be a high horse celebrity sh*tting on the show that practically made your career. Must be nice. 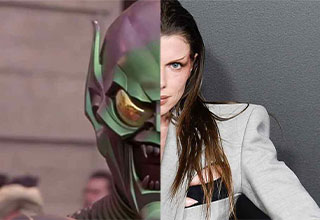 NEXT ARTICLE The Oxford Word of the Year is 'Goblin Mode'