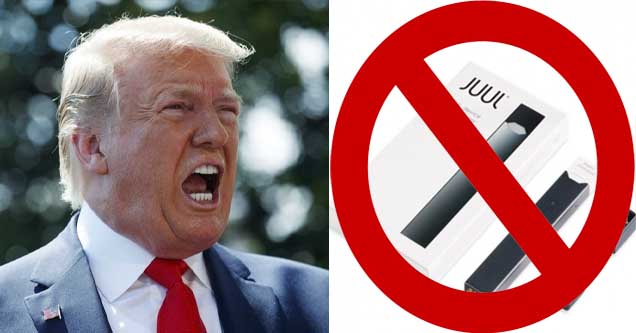 After a string of vaping-related illness around the country put hundreds in the hospital and resulted in at least six deaths, the Trump administration has announced that it will move towards banning most flavored vaping products. The administration cited an "epidemic" of e-cigarette use amongst teens, blaming flavored nicotine products for luring more kids into smoking.

President Trump announced the move in a press conference where he

made a reference to Melania's son, Baron, while seemingly forgetting for a half-second that he's also Baron's father. He also referred to the relatively new problem of vaping as "not wonderful."

The administration's quick action on the issue of vaping after just six deaths is in stark contrast to their unwillingness to budge on issues like expanding gun control measures despite the fact that mass shootings resulted in 53 deaths in the month of August alone.

Twitter users were quick to question the apparent hypocrisy of this move:

So it’s easy to ban vaping a few people die.... but guns kill thousands upon thousands for decades and we can’t do anything to prevent that... #VapeBan pic.twitter.com/PAthYXU9tK 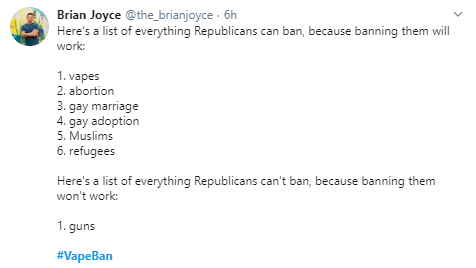 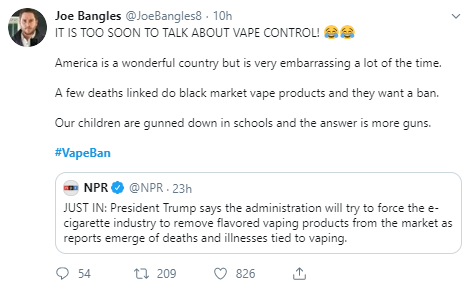 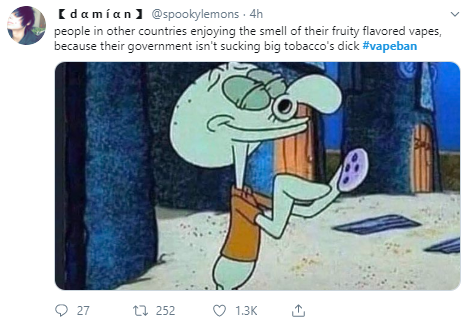 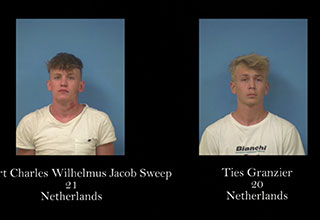