There has been much speculation and doubt surrounding  the official story of the fall of the 47-story World Trade Center Building 7. Late in the afternoon of September 11, 2001, the building collapsed and that the cause of the collapse were fires in the building.  Many people from regular citizens to engineers and architects have claimed the building was actually brought down by a controlled demolition.

According to a draft report released yesterday by researchers at the University of Alaska Fairbanks (UAF) following a four-year computer modeling study funded by Architects & Engineers for 9/11 Truth, says that fires were NOT the cause.

The study's findings directly contradict those of NIST (National Institute of Standards and Technology), an agency within the U.S. Department of Commerce, that concluded in a 2008 report that WTC 7 was the first tall building ever to collapse primarily due to fire.

"Our study found that the fires in WTC 7 could not have caused the collapse recorded on video," said Professor Hulsey. "We simulated every plausible scenario, and we found that the series of failures that NIST claimed triggered a progressive collapse of the entire structure could not have occurred. The only thing that could have brought this structure down in the manner observed on 9/11 is the near-simultaneous failure of every column in the building below Floor 17."

The UAF study was funded by a nonprofit representing more than 3,000 architects and engineers (Architects & Engineers for 9/11 Truth), who have signed the organization's petition calling for Congress to open a new investigation into the destruction of the three World Trade Center towers on 9/11.

The release of the draft report begins a two-month period during which the public is invited to submit comments and questions. The final report will be published later this year. The research team plans to make public by the end of September all of the data used and generated during the study, a decision that contrasts with NIST's withholding of key modeling data on the grounds that releasing it "might jeopardize public safety." 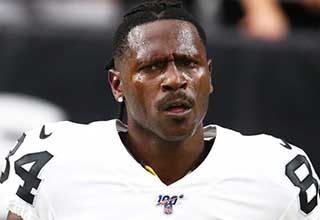